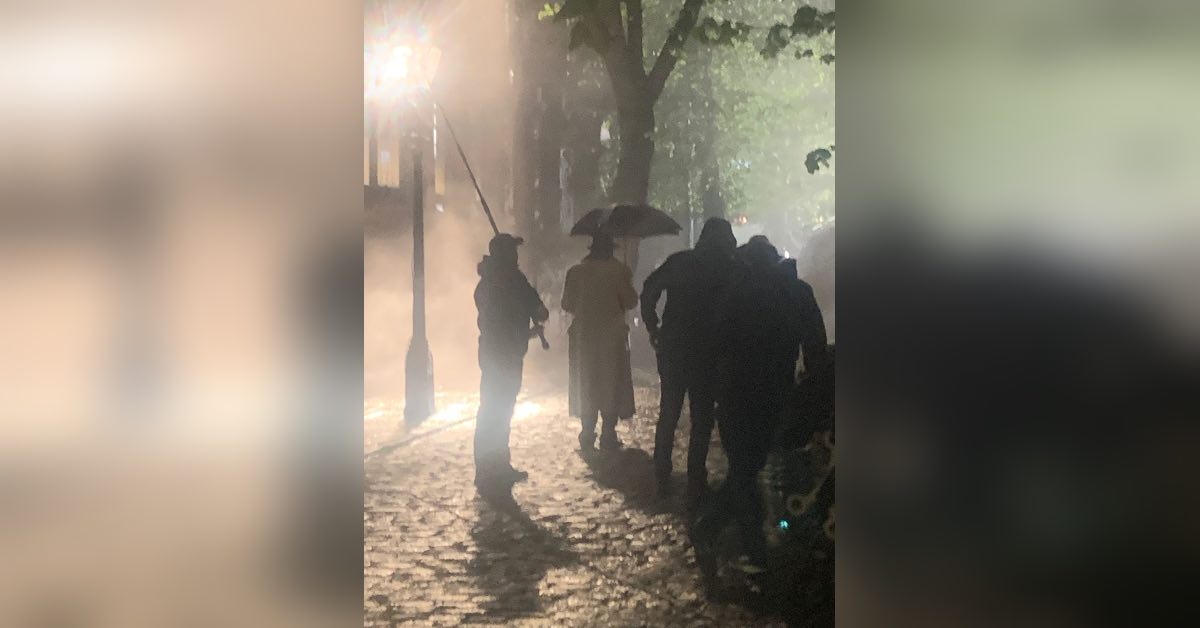 The Cornetto trilogy star was on Crown Place, the cobbled street between the Crown Hotel and the Royal Pump Room Museum.

He was working an upcoming movie called Nandor Fodor And The Talking Mongoose, which also stars Minnie Driver, Tim Downie and Paul Kaye.

The film, described as a dark comedy, is based on a 1935 investigation by para-psychologist Nandor Fodor into claims of a talking mongoose.

Fake rain and smoke gave Crown Place an atmospheric air as the crew took several takes of Mr Pegg walking beneath an umbrella (pictured below) and entering a side entrance to the Crown Hotel. 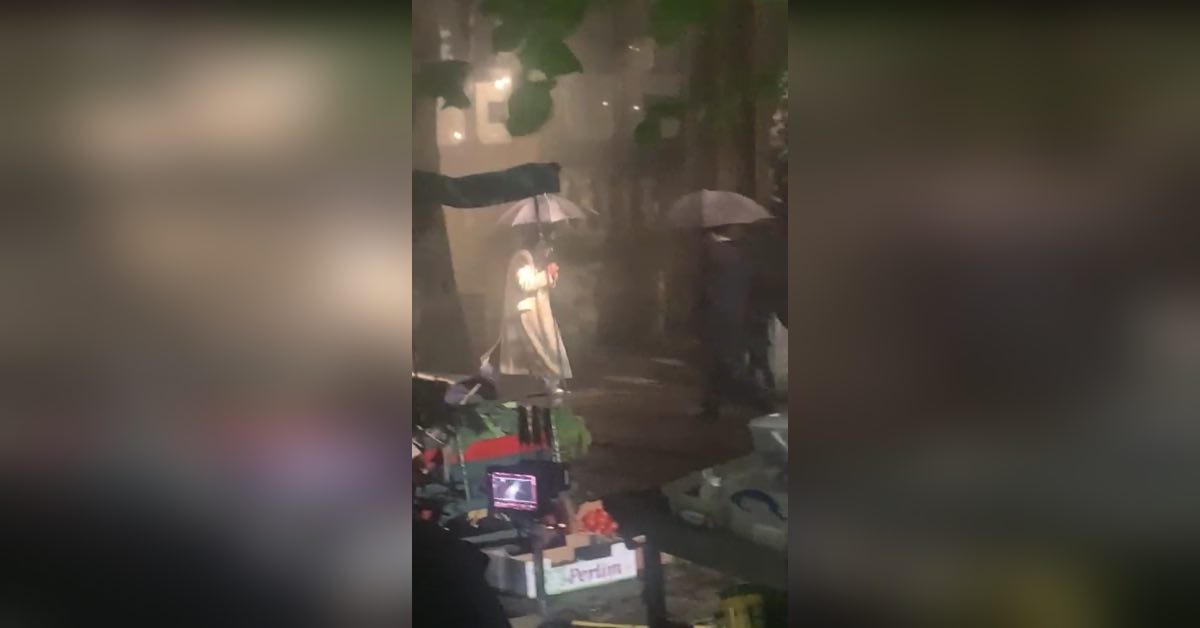 Filming finished at about 10.30pm, when the crew retired to the Crown Hotel.

Shooting is expected to continue today in Leeds before returning to Harrogate.

Film crews have been almost a permanent fixture in Harrogate in recent weeks, prompting jokes that it’s the new Hollywood.

Shooting for All Creatures Great and Small also took place at Crescent Gardens over the last bank holiday weekend.

The parade has been cancelled amid reports the decision was triggered by animal rights activists. https://buff.ly/3NdyRFi