0 Items
Simon Weaver: Harrogate Town have been through a ‘cycle of change’
by 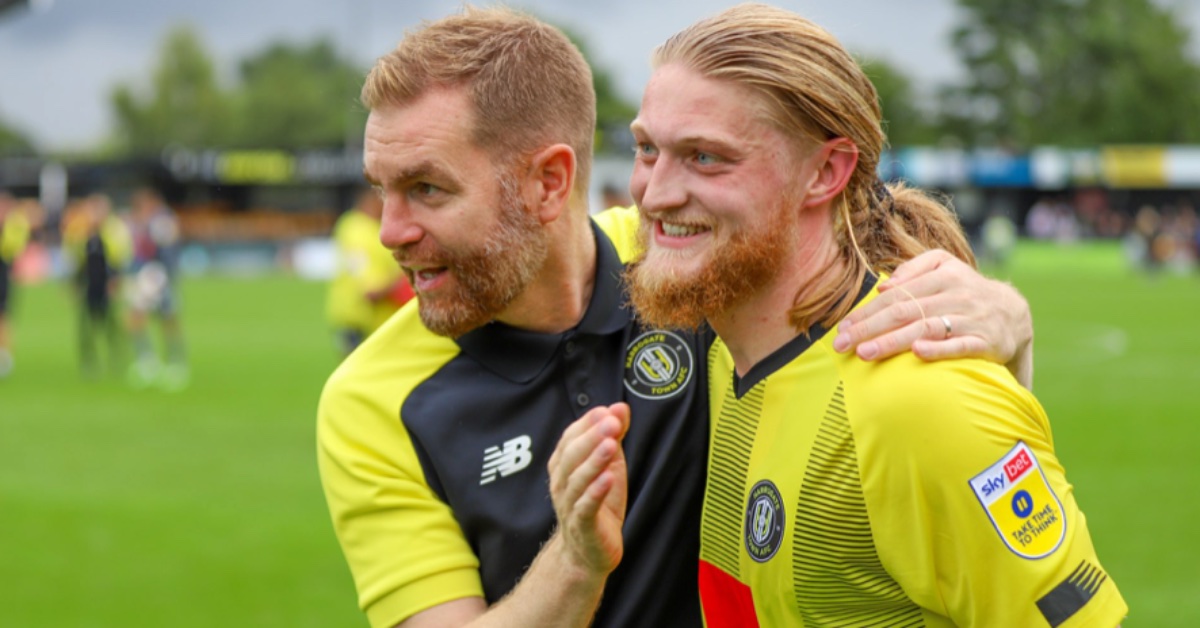 Harrogate Town manager Simon Weaver has said the club has been through a “cycle of change” as they head into the second week of the new season.

Town got off to a winning start last weekend against Swindon Town, picking up three points after a 3-0 win at the EnviroVent Stadium.

Weaver told the Stray Ferret that the squad had undergone wholesale changes ahead of the campaign, which needed to be made alongside a fresh style of play.

Town played a 3-4-2-1 formation last weekend and gave debuts to the likes of Matty Daly — one of 10 new additions to the squad.

Speaking ahead of tomorrow’s clash against Crewe Alexandra, Weaver said he hoped the changes would bring greater depth to the squad and prevent Town from dropping falling away again later in the season.

“We hope so. We’re excited about the start of the season. We’ve made so many new changes — new style of play, new training ground.  We’ve had a whole cycle of change with the players.

“The last couple of years we just haven’t had the depth we needed. Injuries really hit us in the face. We’ve now got younger lads coming through and we can keep people fresh and have a good season throughout.”

Debutant Daly, who is on loan from Huddersfield Town, was on the scoresheet in the opening game, alongside Jack Muldoon and Alex Pattison.

The formation and style contributed to Town scoring three of their five shots on target.

When asked if he was happy with how the season has started, Weaver said the club had “a long way to go”.

“We are only 10 metres into a marathon so we have a long way to go.

“We have more pace now. Last season the counter attacks against us were quite potent. We didn’t have the right shape defensively. We can now be more patient with the ball.”

Town take on Crewe at Gresty Road at 3pm tomorrow.

The Railwaymen were relegated last season after finishing bottom of League One.

Town will be without Rory McArdle, Will Smith, Josh Falkingham and Max Wright who are injured for the clash.