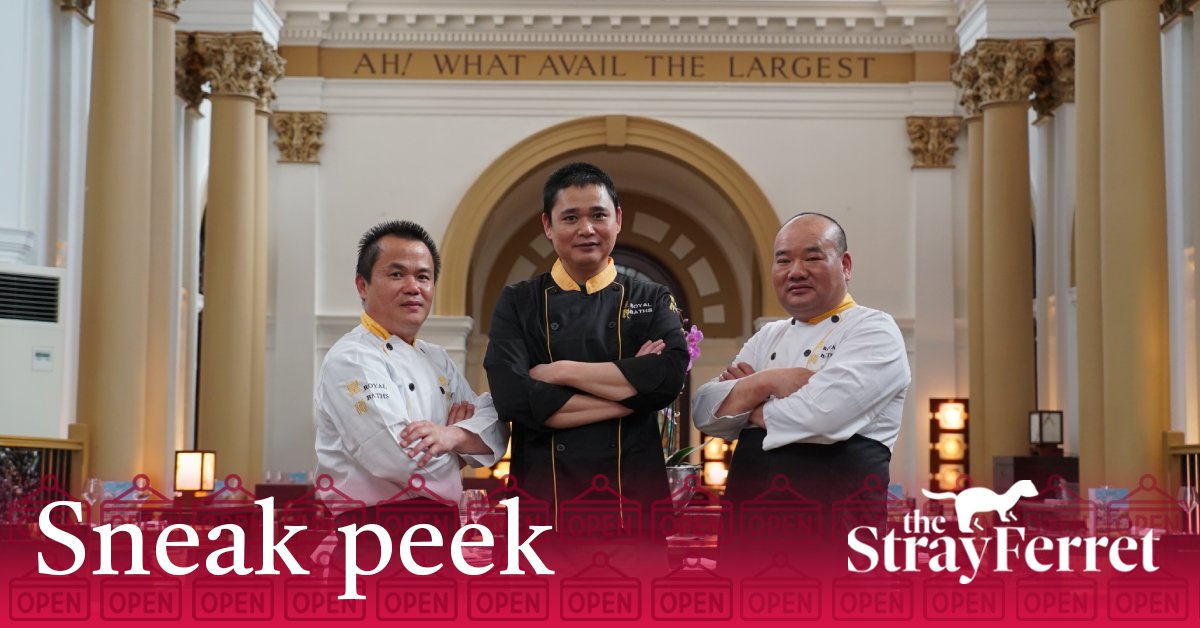 Staff at the Royal Baths ready to serve their first customers.

The restaurant, set in the Grade II listed Royal Baths, is one of the most historic and opulent places to dine in Harrogate.

But after extensive repair work due mainly to damp, people once again have the chance of a unique eating experience.

The building, which has a central dome and pillars down the side, was built between 1894 and 1897 and for many years was Europe’s premier destination for spa treatments. It is now owned by North Yorkshire County Council.

The restaurant has served traditional Chinese food for about 13 years and will continue to do so.

A restaurant spokesman said the 100-seat venue would be similar to how customers remembered it, with the VIP room and terrace bar and dining area back in operation. However, the party room is currently unavailable.

“We have a new team of staff starting and ask people to be patient when we first re-open.

“But it’s very much the same Royal Baths Chinese Restaurant. We have been here for 13 or 14 years now and look forward to welcoming customers back.”

The owners opened the Royal Baths Express takeaway in Pateley Bridge in February. 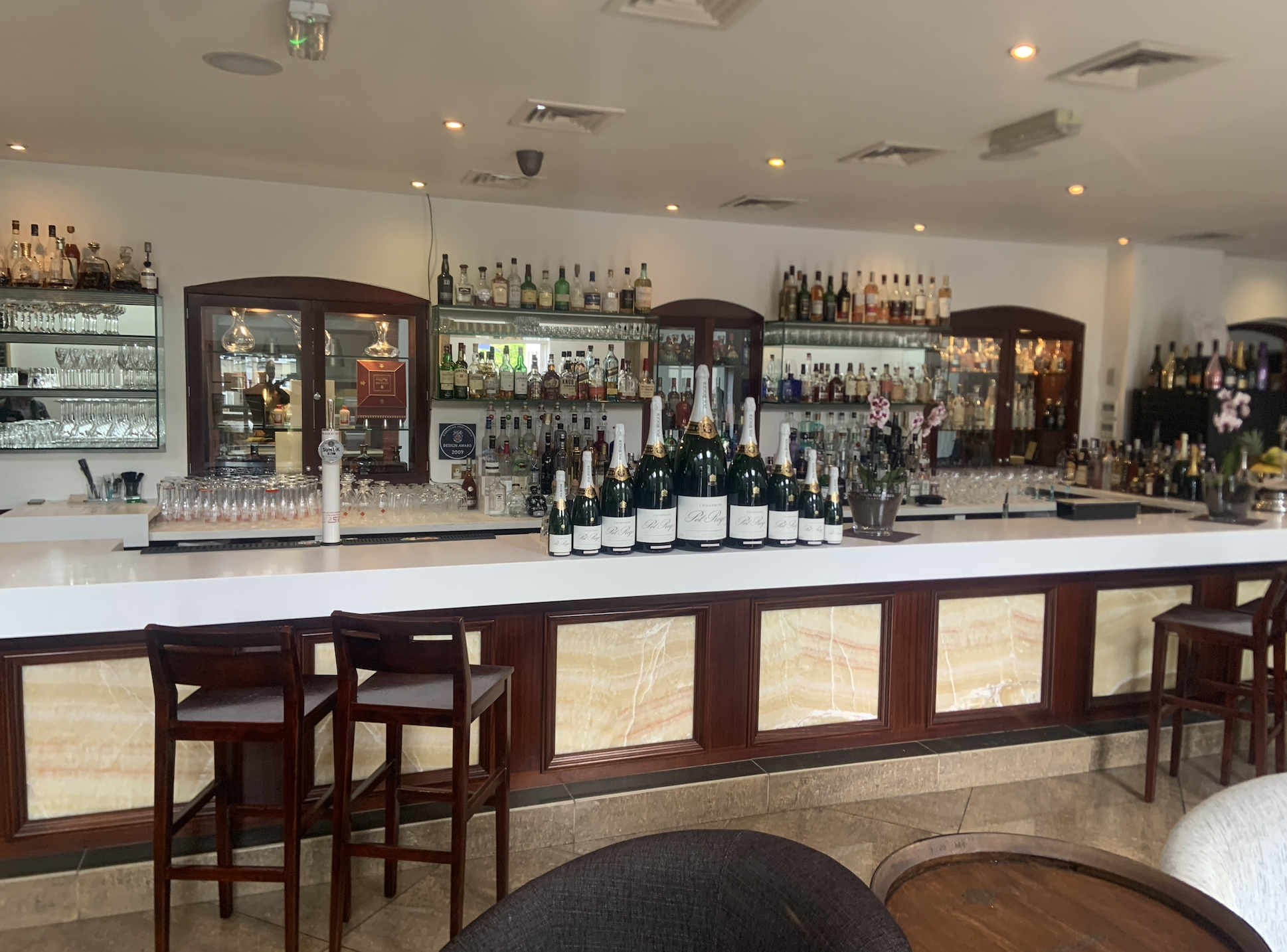 The bar, which leads to the outside terrace. 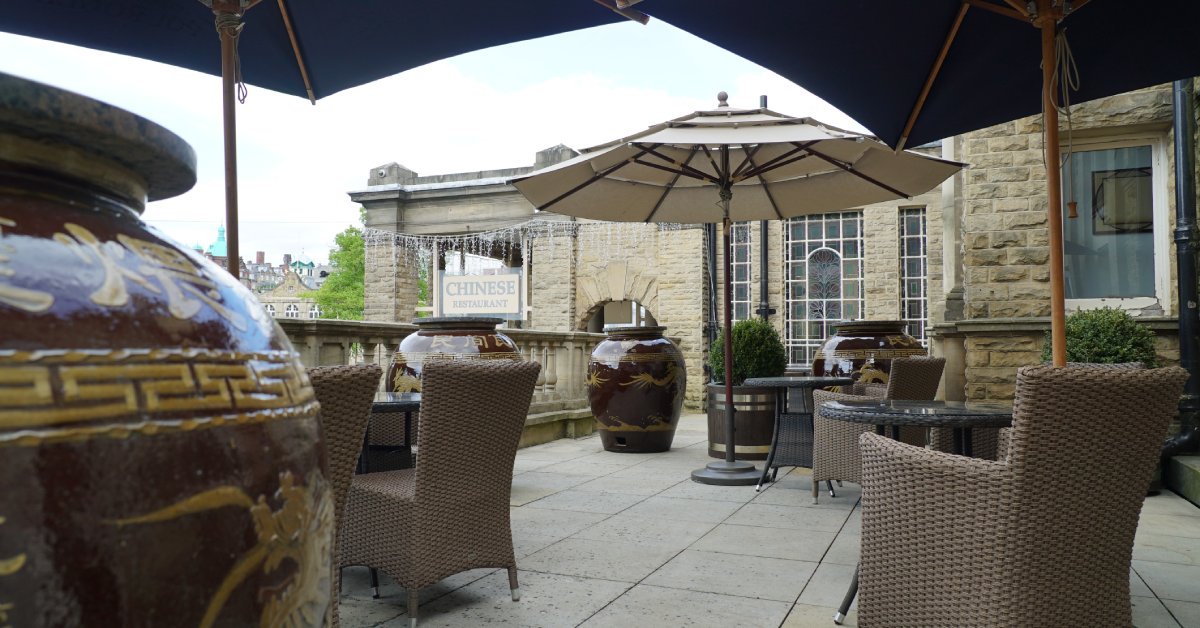 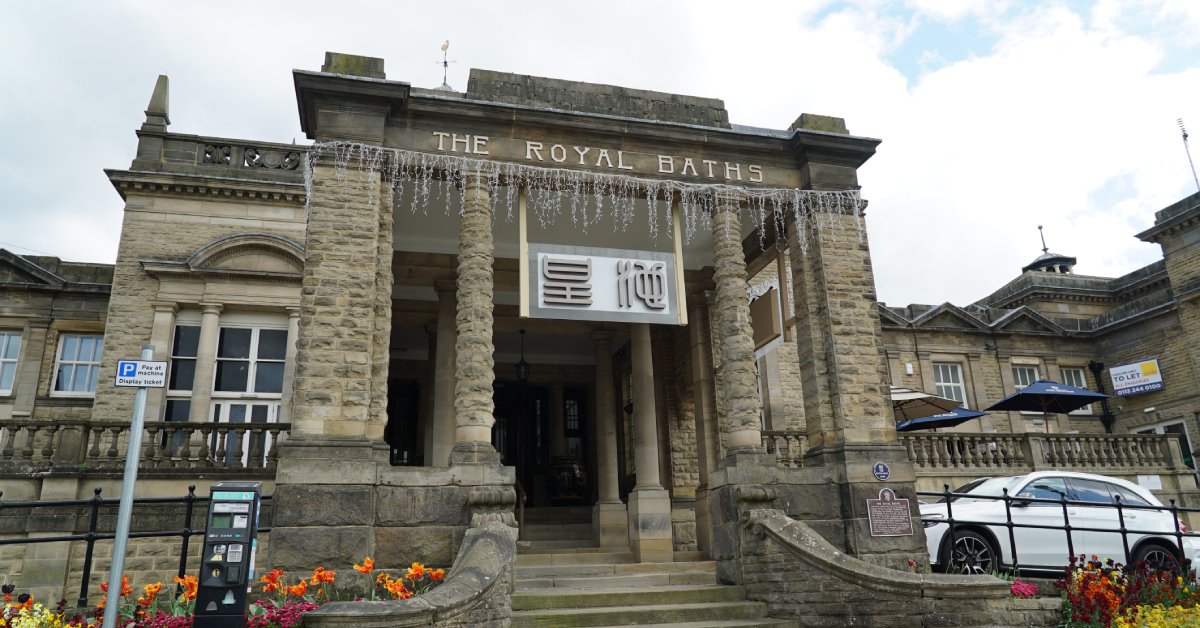 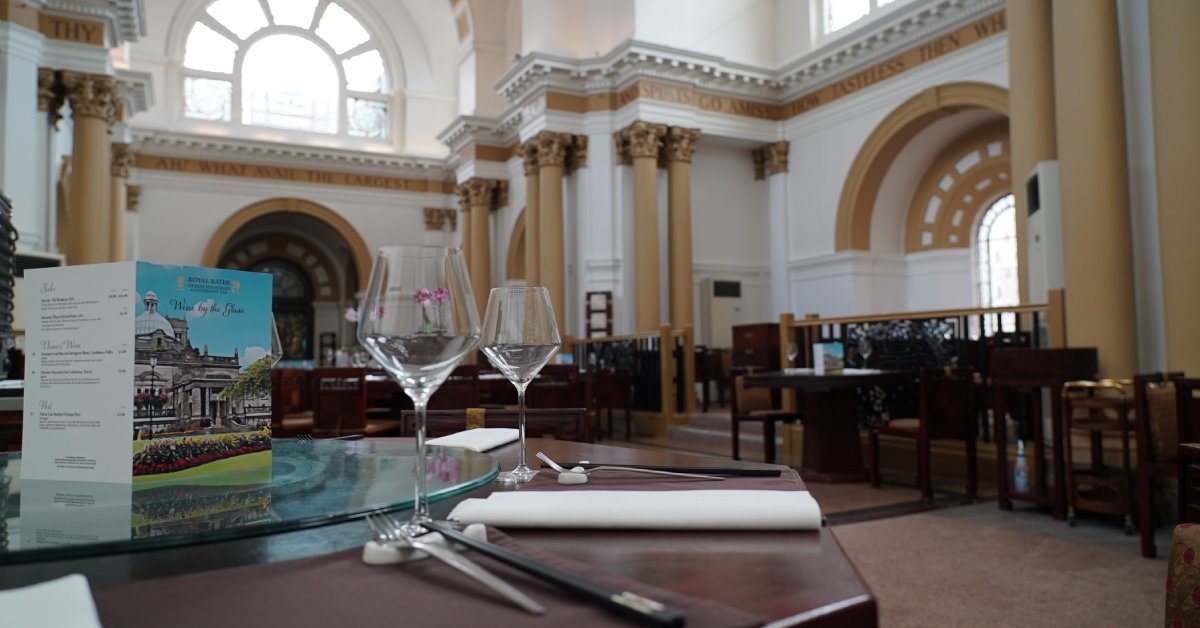 Inside the main dining area.