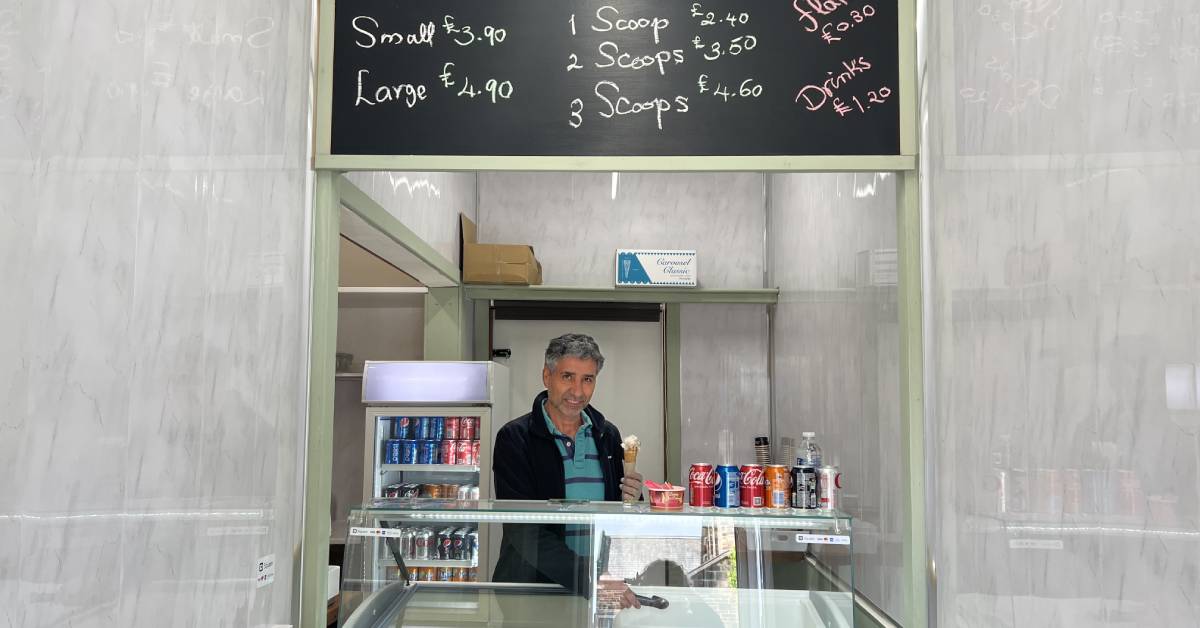 Jim Ghazani has converted part of PC City, on High Street, into his new venture, which launched this week.

Café Gelato offers 10 flavours of Italian ice cream in cones or tubs, as well as milkshakes and soft drinks.

Mr Ghazani, who has owned PC City for 20 years, said:

“It’s a bit different to computers. I prefer working here as I can eat all the ice cream!

“People can come and get an ice cream on a walk to Knaresborough. There’s also a school near here, so we thought children might like one on their way home.

“We wanted to add something to the community and local high street and ice creams are always popular – especially in summer.” 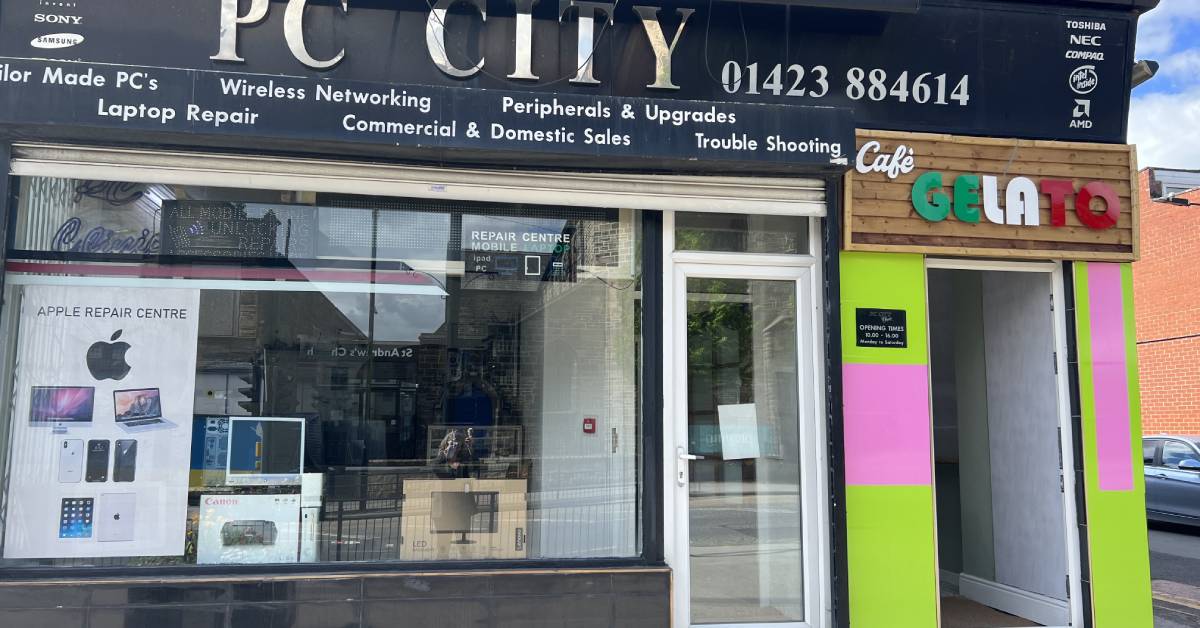 The shop opens daily from 1pm to 6pm during the spring and summer months.

“My favourite flavour is the coconut Bounty one, but the kids like the bubblegum flavour.”