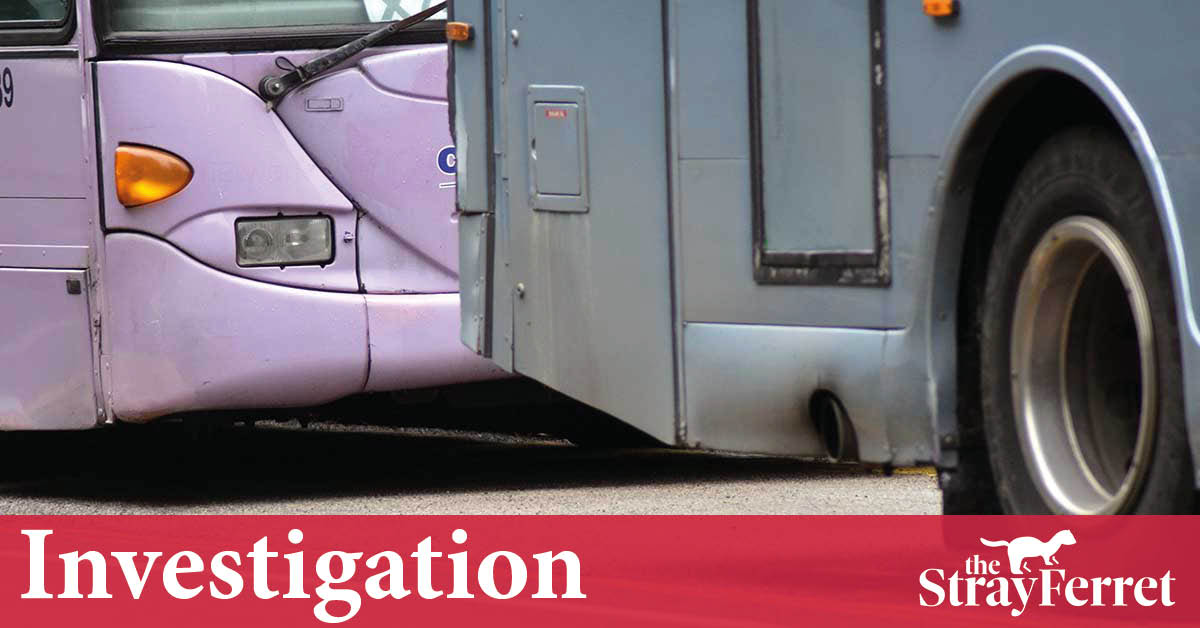 A Stray Ferret investigation has found that children in Harrogate are being taken to school in diesel buses that are amongst the dirtiest and most polluting vehicles on our roads.

As our local councils push for sustainable transport, we have discovered that schoolchildren in Harrogate are being allowed to get to school on buses that are over 20 years old and pump out high levels of toxic fumes that can harm their growing lungs.

The Stray Ferret sent a freedom of information request to North Yorkshire County Council, which is in charge of school buses in the district, asking them for the registration number of every bus contracted to pick up and drop off children at Harrogate district secondary schools.

We then used DVLA data to find out what year the vehicle was made and what type of fuel it used. We found that all 91 buses that were currently taxed and MOT’d are fuelled by diesel.

Almost 50% of these buses are over a decade old and almost 20% of these go back at least 20 years. 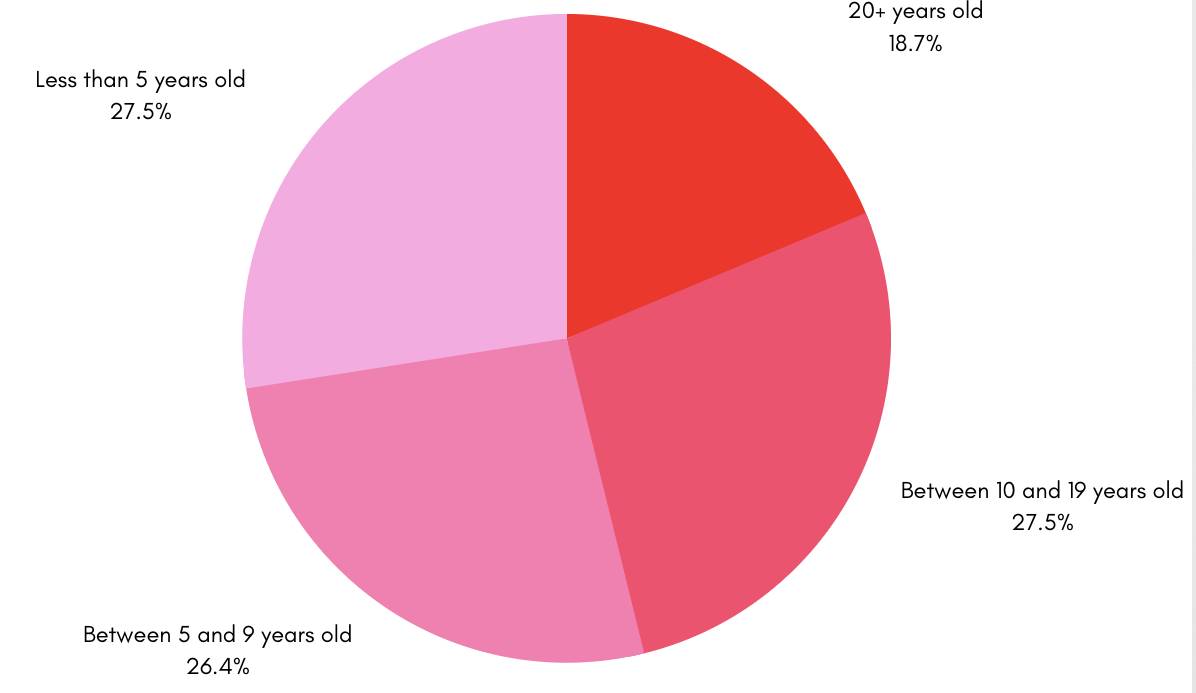 How old are Harrogate’s school buses?

European Union emissions tests on buses made 20 years ago found they produce over 10 times as much nitrogen oxide (NOx) emissions than buses made in the last five years. This figure halves for buses made around 2011.

University of Leeds climate scientist and Harrogate resident Professor Piers Forster told the Stray Ferret that the old school buses will be having a damaging impact on children’s lungs in Harrogate.

“That is the time when your lungs are developing. It’s not just kids on buses, either, but those who walk or cycle have to stand by these buses that are belting out diesel. It’s not really appropriate anymore.”

What damage can diesel fumes cause? 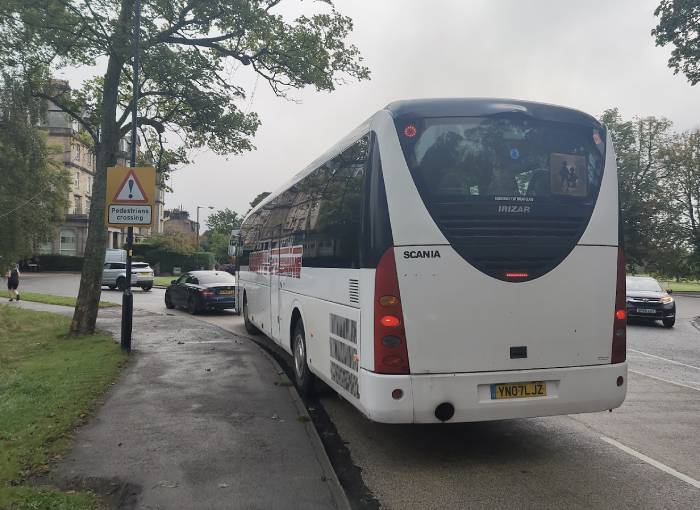 Knowledge about the harm diesel fumes can cause to children’s growing lungs has been known for decades.

Diesel buses pump out nitrogen oxide (NOx) emissions through their exhausts. Multiple studies have found it can cause reduced lung function in children, trigger asthma attacks and hospital admissions.

Diesel also produces particulate matter (PM2.5) particles which when breathed in can penetrate deep into the lungs and be absorbed into the bloodstream. It’s been linked with a myriad of health impacts for children, including asthma.

In a landmark case in December 2020, a coroner said air pollution from diesel vehicles contributed to the death of nine-year-old Londoner Ella Kissi-Debrah due to her exposure to toxic exhaust fumes near her home by a busy road.

Sarah Hart is a parent of a child at Harrogate Grammar School who previously went to Western Primary School on Cold Bath Road. She told the Stray Ferret that her daughter suffers from a lung condition that she believes is exacerbated by air pollution from Harrogate’s school buses. 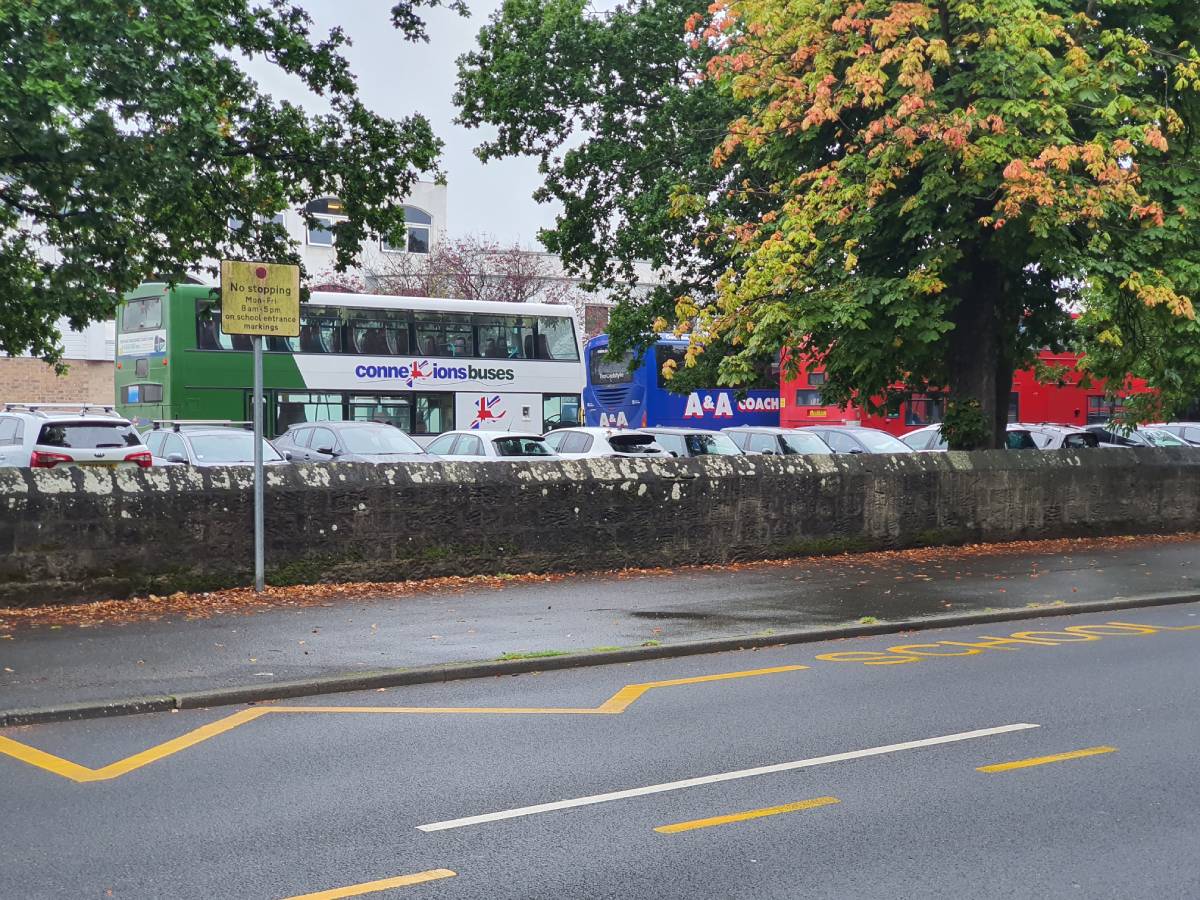 “She found the experience of walking to Western really uncomfortable as she has issues with her lungs.

“The buses are really, really old. When they are stationary you can physically see the fumes.

“They should try and get cleaner buses.”

Jemima Hartshorn created a campaign group to tackle air pollution called Mums for Lungs. She told the Stray Ferret that it was “worrying” that so many of Harrogate’s buses are “very old” and use “very polluting diesel”.

“We really urge schools, authorities and bus companies to work together and electrify this bus fleet to ensure pollution levels across Yorkshire drop and health levels increase.” 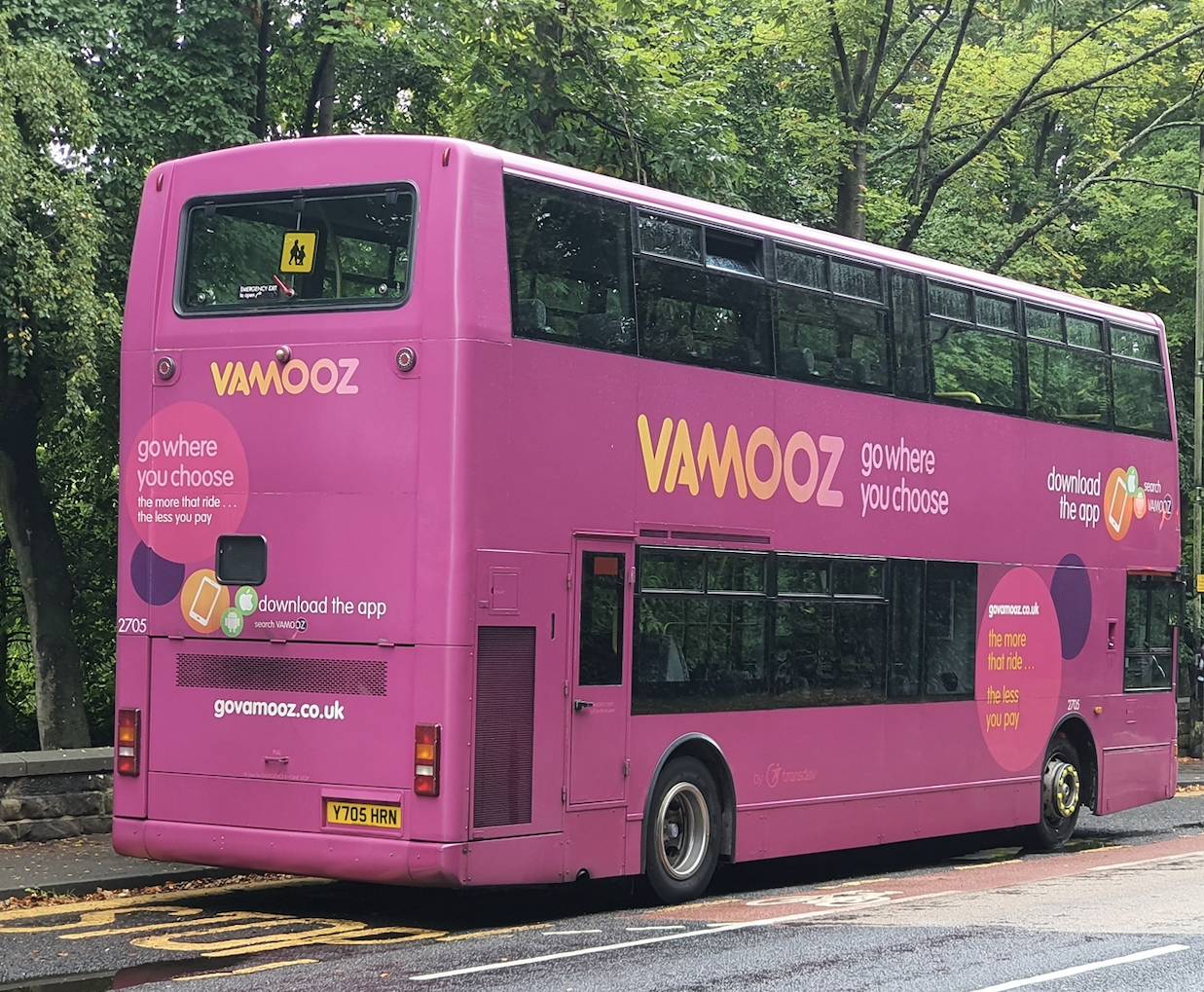 Not only does air pollution have a potentially deadly impact on children’s lungs, but a 2019 US study also found it affects cognitive performance too.

It reported that children who went to school on diesel buses that had been retrofitted to make them cleaner achieved 10% better exam results at the end of the school year, particularly in English.

It also found that the children saw improvements in cardiovascular health, meaning cleaning up Harrogate’s school buses would have widespread benefits.

“We certainly need a bus fleet that is ideally electric and kids biking and walking to school as much as possible, this is better than anything for both their health and their social development.”

Tomorrow we ask the council, schools and bus companies what they are doing to tackle air pollution on school buses.