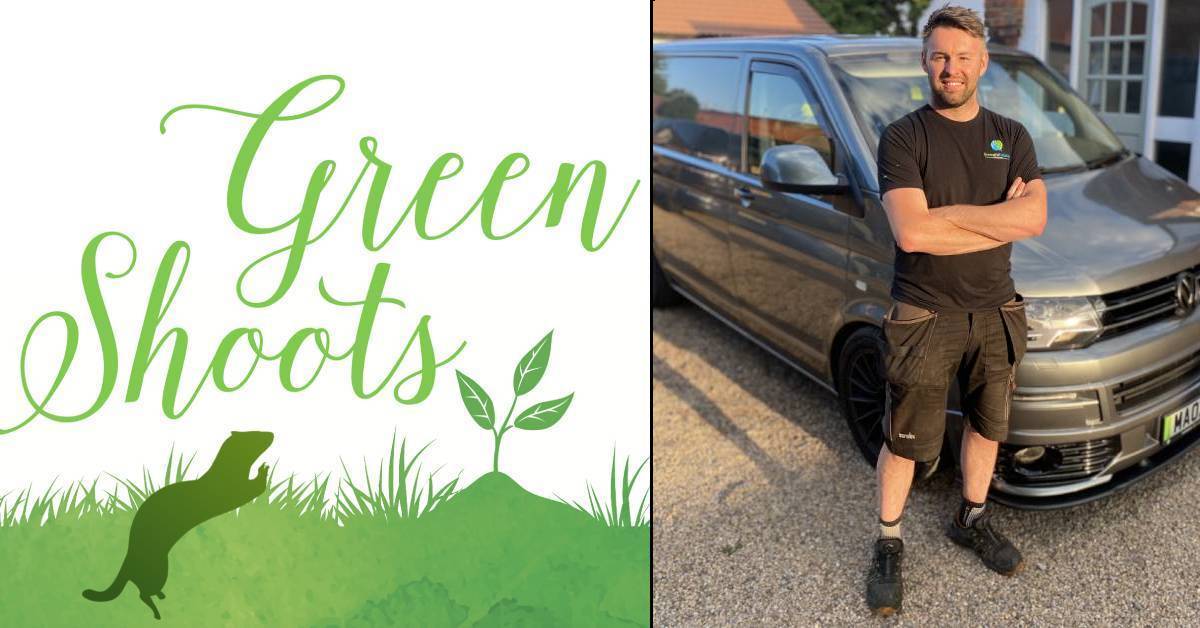 In this month’s Green Shoots we look at a Harrogate district plumber and heating engineer who has upgraded his “dirty diesel” van to run on a new green fuel made with vegetable fat — and reduced the amount of CO2 emissions it produces by up to 90%.

Alan Marcon owns Green and Reliable Heating in Whixley and clocks up hundreds of miles a month in his VW van travelling around Harrogate, York, Knaresborough, Nidderdale, and Masham installing central heating systems.

After becoming increasingly concerned about his own impact on the environment, he decided to “practice what I preach” and two months ago ditched polluting diesel for hydro-treated vegetable oil (HVO).

No modifications to the fuel tank are needed.

A litre of HVO works out at £1.75, which is more expensive than diesel, but its impact on the environment is profound as it helps to combat climate change while making the air cleaner.

“We need to make change. Diesel is dirty. Our kids, their grandchildren need cleaner air. The quicker we can rid of diesel the better.”

Once touted as a clean fuel by the UK government in the 2000s, the reputation of diesel was irretrievably severed after the ‘dieselgate’ scandal in the 2010s when the carmaker Volkswagon was found to be cheating emissions tests.

Studies have come out in recent years that show exposure to diesel can contribute to asthma, heart disease and several types of cancer.

In a landmark case in December 2020, a coroner said air pollution contributed to the death of nine-year-old Londoner Ella Kissi-Debrah due to her exposure to toxic exhaust fumes near her home by a busy road.

The government will ban the sale of new diesel vehicles from 2035.

Alan said he was 11 when he began helping out at the family plumbing business, but during his early years in the trade his awareness of the damage diesel can do to the body was limited.

“We need to do something now”.

Before making the switch, Mr Marcon was worried the new fuel might damage his van, but he says the engine is quieter and happier, which should reduce the chance of engine failure or costly repairs.

He buys the fuel in barrels from a wholesale supplier.

2020 was a record year for electric car sales, but the majority of those sold were personal cars such as Teslas.

The switch to electric for fleet and trade vehicles has been a slower process, partly due to the high cost for new vehicles and a lack of government subsidies to encourage businesses to convert.

“We need to do something quicker. Electric is brilliant but we haven’t got the technology yet.”

The world is changing, and Mr Marcron hopes other tradespeople will get on board with the new fuel.

He lives in Whixley in a house called Skyfall — fittingly, James Bond is set to drive an electric Aston Martin in the next installment of the franchise.

“After the pandemic more people want to be green. HVO is the perfect solution. I look at Yorkshire and I want to see our cities and towns go green.

Do you have an interesting project or passion that improves the environment and could feature in Green Shoots? Contact [email protected]