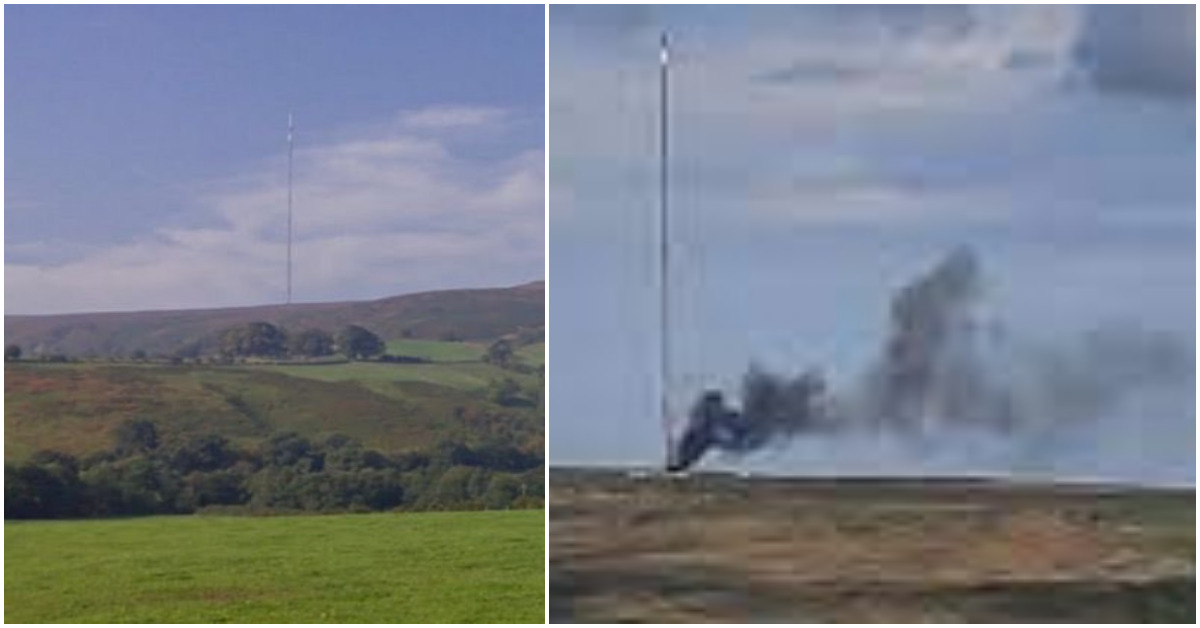 Harrogate district residents may have to wait another two months for their TV signal to return, it emerged yesterday.

It was initially thought that an 80m temporary transmitter, being built to replace the Bilsdale transmitter damaged by fire on August 10, would take just three weeks to complete.

But a meeting of the North York Moors National Park Authority heard its construction was some way from starting and would take a month alone.

The need to follow international regulations to protect the sensitive moorland around the mast has also caused delays.

Members were told many people living in the north-east, including North Yorkshire, still had no signal and that escalating frustrations over that had been exacerbated in the Bilsdale area by the lack of a mobile phone signal as a result of the fire.

The authority pledged to do everything in its power to accelerate the erection of the temporary mast, including delegating any necessary decision-making powers to the most senior officers to bypass committee meetings.

However, the meeting heard Arqiva had been concentrating its efforts with the landowners, Mexborough Estate, to overcome access issues and had not contacted the national park authority until several weeks after the fire.

Chris France, the authority’s director of planning, said that as far as he was aware the 309-metre guyed mast structure, which was constructed in 1969, appeared to be beyond repair with “a huge bulge in it”, leaving it so insecure a 400-metre exclusion zone had been created around it.

Arqiva is targeting using a disused quarry on the moor to the south of the exclusion zone for an emergency mast because that would have least impact on the biodiversity.

Mr France said that emergency national planning regulations allowed replacement masts as long as they were movable without the need to go through the planning process.

Arqiva has proposed to put it on sleds, weighed down by large blocks of concrete flown there by helicopters. The structure would then be secured by guys attached to the surrounding heather moorland.

The site has been designated as a Site of Special Scientific Interest and classified as a European Special Protection Area and a Special Area of Conservation since the mast was built so Arqiva consultants have asked whether it is necessary to screen the development for environmental and habitat impacts.

Mr France said if screening processes were deemed necessary the timescale for any consultation may take a further month.

A temporary mast would not be permanently tied down and may not last in winter conditions. Arqiuva has indicated after three months “another replacement replacement mast” may be required which it said would be subject to full planning permission.

‘Taking longer than we anticipated’

The meeting heard a second complication was that the mast had mobile phone equipment on it and people living and working in the area had been left with no signal. Members were told mobile phone operators were now searching for places to put a mast up.

A spokesman for Arqiva said as Bilsdale is a Site of Special Scientific Interest to replicate what is there would not be a simple task. He added:

“The legal process to secure appropriate access to the site to build the temporary mast is taking longer than we initially anticipated and as a result it will not be operational by this weekend as we’d hoped.

“We are making representations to the court as to the severity and the urgency of the situation, but we are in the hands of the judicial system currently.”