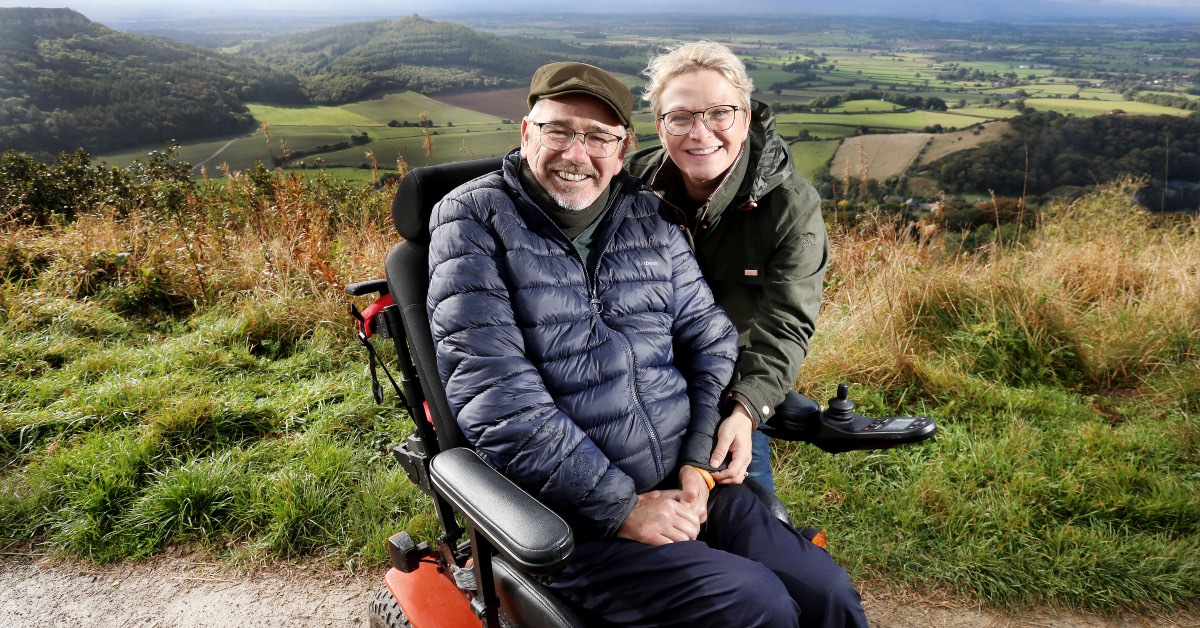 A Green Hammerton man with motor neurone disease is to embark on a 100-mile trek in aid of a Leeds hospital charity.

Ian Flatt, 56, was diagnosed with the disease two years ago and is to take on the challenge despite needing a respirator for 16 hours a day.

He is fundraising for a Leeds Hospitals Charity appeal to raise £5 million to build the new Rob Burrow Centre for Motor Neurone Disease in Leeds.

Ian will complete the 100-mile challenge in a series of 18 walks, which include some of his favourite trails around the Hole of Horcum, Rievaulx Moor, Thixendale and finishing with a trek around the dramatic Sutton Bank escarpment.

“I was inspired to take on another 100-mile challenge to support this important appeal, spearheaded by Rob and his family.

“Such a facility would make a vital difference to people like me and our loved ones. A bespoke care centre that meets the needs of MND sufferers and their families is so needed as MND is such a cruel disease.”

Ian, who has already completed a 100-mile trek with his family this year, was diagnosed with MND in March 2019.

Speaking to the Stray Ferret in May ahead of his fundraising for Saint Michael’s Hospice, he said news of his diagnosis took its toll on his family at first.

However, despite being told not to plan beyond Christmas that year, he was determined not to let his condition stop him being in the great outdoors.

With the help of Saint Michael’s, he got an off-road wheelchair that allows him to continue enjoying walks with his family.

‘My sense of adventure remains intact’

Now, with the support of his wife Racheal and their two daughters, he began his latest trek yesterday.

“Motor neurone disease is a disease for which there is no treatment or cure, with 50% of sufferers sadly dying within the first two years of diagnosis.

“Thanks to the critical help, compassion, expertise and kindness provided by the specialist MND team in Leeds, my family and I have maintained our sense of fun, and our wonderful ability to laugh with each other.

“Whilst my mobility, dexterity and respiratory functions are failing, my sense of adventure remains intact.”

You can donate to Ian’s fundraising effort for the Leeds Hospital Charity appeal here.