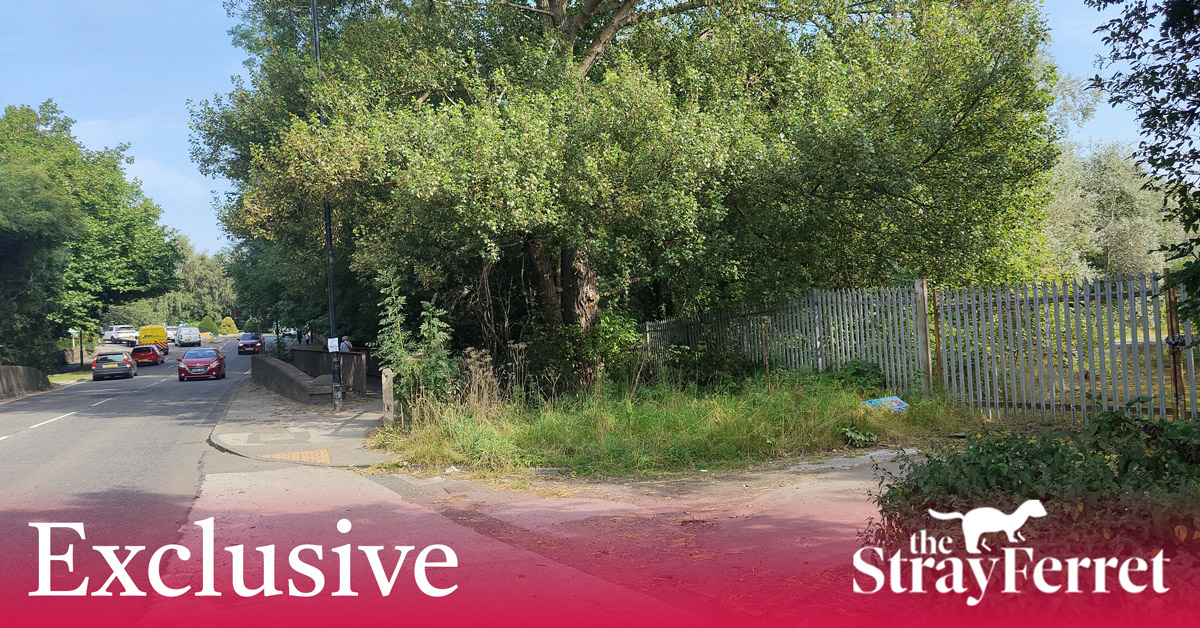 Tesco is to revive controversial plans to build a new supermarket on Skipton Road in Harrogate.

No formal planning application has been submitted but multiple well informed sources have told the Stray Ferret discussions have taken place between the supermarket and Harrogate Borough Council with a view to submitting a bid before the end of the year.

The supermarket would be built on the old gasworks close to the New Park roundabout, which is on the junction with Ripon Road.

It is believed the supermarket, which would be built on land between Electric Avenue and Oak Beck, would be smaller than the one previously proposed during the 2010s.

However, it would be Harrogate’s first full size Tesco. There are Tesco Express stores on Cambridge Road and Knaresborough Road and one is being constructed in Killinghall, about a mile from where the new one could be built.

Tesco has harboured ambitions to build a supermarket on the site for almost 20 years.

The Stray Ferret has obtained Land Registry documents that reveal Tesco bought the site for £2.8m in 2003.

It submitted a proposal to build a supermarket there in 2009, which was approved by Harrogate Borough Council in 2011.

However, Tesco pulled out in 2016 following years of opposition from retailers, which said the supermarket would damage local trade. An Aldi supermarket opened on the retail park just off Skipton Road in 2016.

A computer generated image of the abandoned 2009 plans.

In a media statement in 2016, Matt Davies, Tesco’s UK chief executive at the time, said the site would be sold. He said:

“Our priority now will be to ensure the site is sold so that it can play a positive part in Harrogate’s future development.”

In 2018 Consolidated Property Group said it had agreed to buy the site from Tesco to develop a retail park but the plans never materialised, despite obtaining planning permission.

Land Registry document reveals that Tesco held on to the site and is its current owner.

Tesco declined to comment when approached by the Stray Ferret.