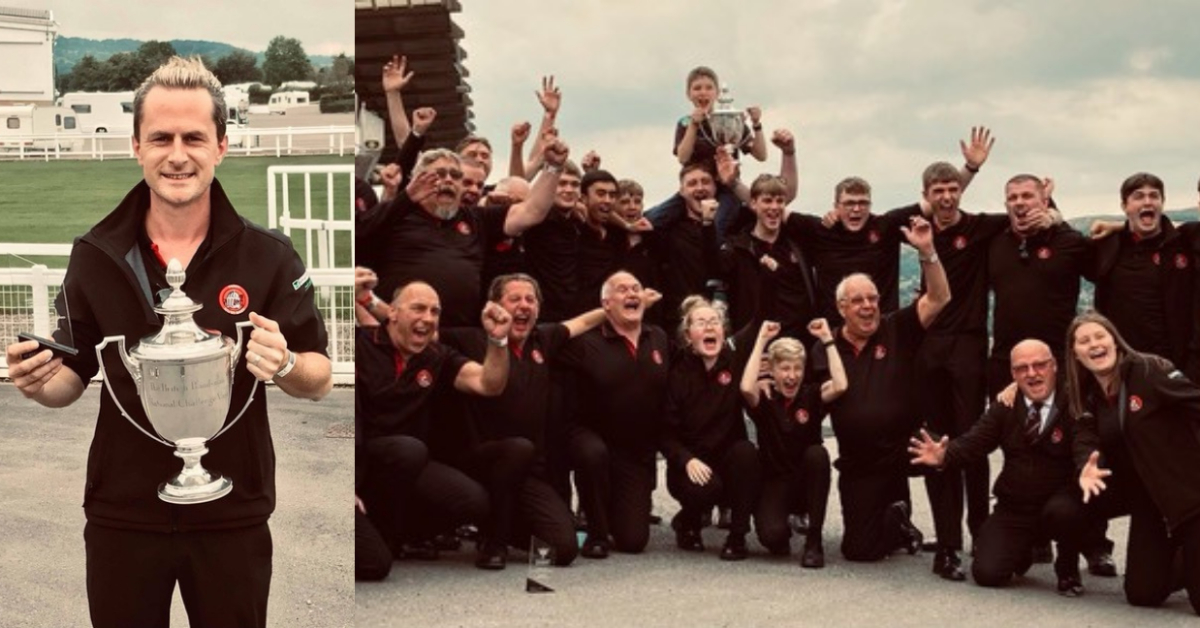 Soloist Owen James with his trophy and the successful Tewit Silver Band.

The band, which was only formed three years ago to give ex and current Tewit Youth Band members the opportunity to play in at a higher level, won the third section of the National Brass Band Championships in Cheltenham.

Tewit Silver Band has now won all but one of the competitions it has entered. The most recent competition pitted it against 15 other bands.

The band has a concert booked at Starbeck Methodist Church on Saturday, November 13 and will also perform its annual carol concert at Stockeld Park.

Colin Gibbs, chairman of Tewit Silver Band, said that the adjudicators gave extremely positive feedback about the band, such as ‘an almost flawless performance’.

“Like all bands we were unable to play for many months due to covid but we remained a strong unit. Players practiced at home, we met once a week on zoom to address the social needs of our members and we returned to the band room as a full, committed band making this win a very proud moment.

“Tewit Youth Band has long been a successful formula, but once players reach the age of 18, they have to leave. Whilst many of our young members move onto university, plenty stay local. Tewit Silver Band offers the perfect solution: they can continue playing in a safe a secure and familiar setting alongside experienced players who mentor them.”

Tewit Youth Band is holding an open day tomorrow from at The Methodist Chapel in Huby from 2pm to 5pm.