0 Items
The woman shaping the Harrogate district’s roads
by 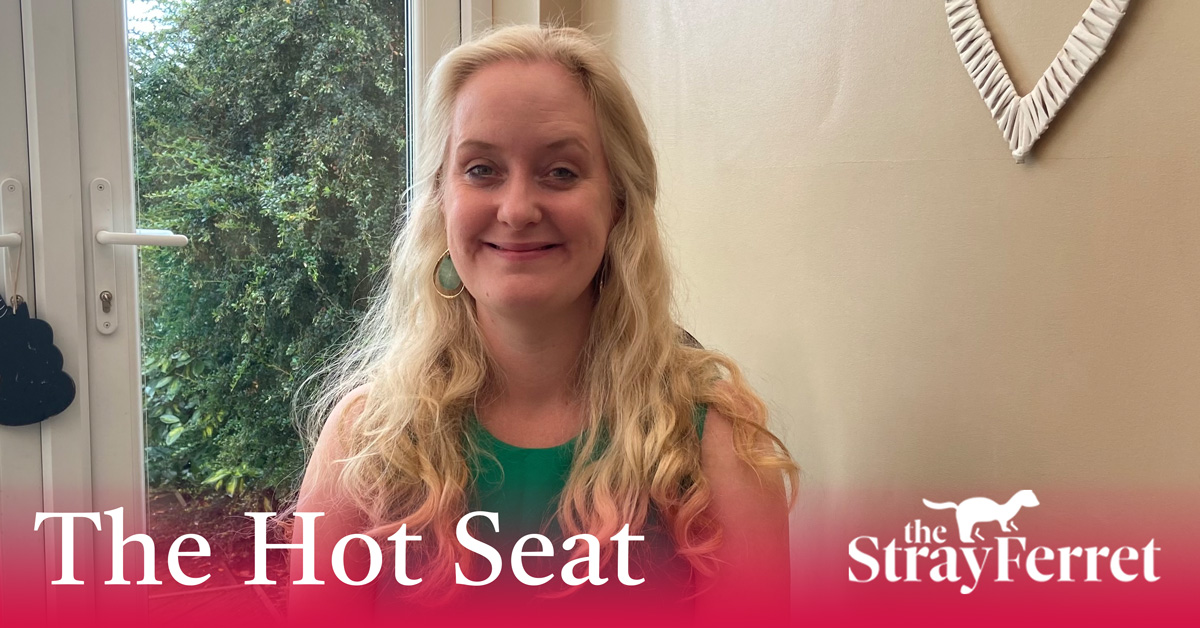 Melisa Burnham is in charge of 1,100 miles of roads in the Harrogate district.

Barely a day has passed in the Harrogate district this year without some sort of controversy about roads and transport schemes.

Everyone who uses roads seems to have an opinion on them and often they’re not very complimentary towards the highways authority, North Yorkshire County Council.

The chief flak taker is usually Don Mackenzie, the Conservative councillor for Harrogate Saltergate, who as the council’s executive member for access sets the policy. But it’s Melisa Burnham, area manager for the Harrogate district, who is effectively the head civil servant in charge of delivering it.

Ms Burnham, a former Ripon Grammar School pupil, has day-to-day oversight of 1,100 miles of road in the district. The junction improvements at Bond End in Knaresborough in 2018 is among the projects she helped complete. Does she wince when she reads some of the more brutal comments directed at Cllr Mackenzie?

“Very much so. I’ve worked with Don for a number of years and I know he has the best interests at heart.

“A person said to me in Harrogate the other day: ‘You must have thick skin because all you hear are complaints’. They can get quite personal.

“Sometimes we don’t always get it right but we do strive to deliver the best service we can.”

Ms Burnham, who studied geography at Hull University, oversees a capital budget of £7.7 million, of which £2.5 million is being spent on surface dressing 200 sites this year. Leeds Road’s four-week resurfacing cost £800,000 and involved cleaning 105 gullies. 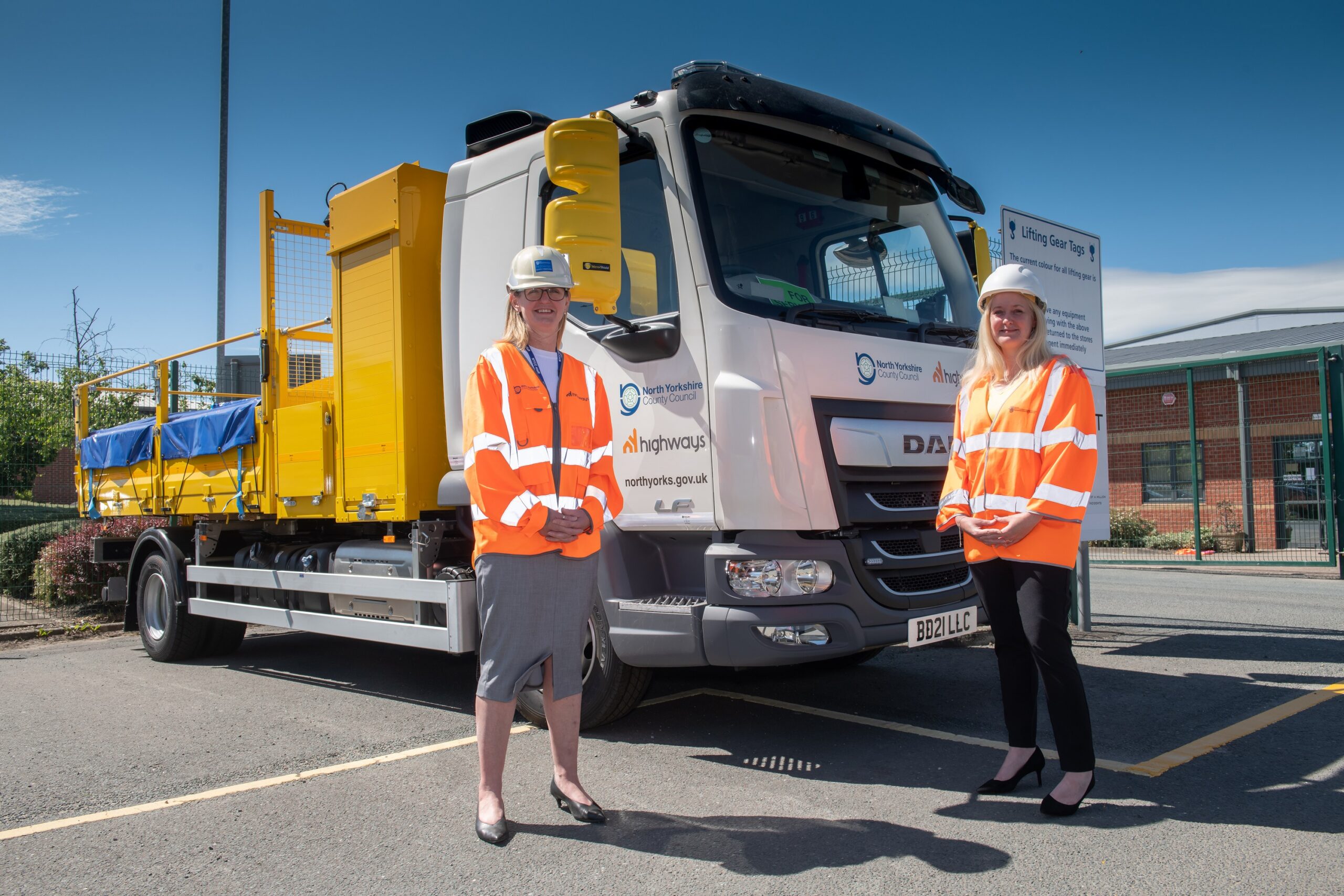 She’s also in charge of gritting from October to April. There are 13 priority routes in the district, including the A59 and the A61. The A1 is Highways England‘s responsibility.

Most criticism, she says, is due to a lack of knowledge. The guy sat in the van apparently doing nothing at roadworks is probably operating the traffic lights, she says, and just because someone doesn’t see gritters doesn’t mean they aren’t operating. Highways officers hold two briefings a day in winter to decide whether to activate the fleet of 13 gritters. Ms Burnham says:

There have been plenty of complaints this year about specific projects, not least the biggest one: the £10.9 million Harrogate Station Gateway. The scheme, which aims to transform town centre travel by encouraging cycling and walking and reducing traffic, has upset some businesses that fear the proposals to reduce Station Parade to one lane and pedestrianise part of James Street could damage trade.

Ms Burnham says she wasn’t surprised by the reaction and adds the council has been “listening to both sides about their concerns” and is confident of a “positive outcome for the town”.

She acknowledges the Otley Road cycle route has had a “lot of problems” due to delays caused by the exchange of Stray land, utility works and covid but is confident work will finally begin in October.

The county council secured £715,000 funding for three other cycling improvement schemes on Oatlands Drive in Harrogate, Victoria Avenue in Harrogate and the A59 Knaresborough Road but the consultation generated such fierce opposition to the Oatlands initiative from residents in the nearby Saints area that it didn’t proceed.

But change to Oatlands is still very much on the agenda. Ms Burnham says a feasibility report at the end of August will consider measures to ease congestion. She says:

“We recognised we needed to take a step back.

“The feasibility study will look at the options. Residents parking was a key issue — that has been a historic problem in the area, especially with the hospital and schools.”

The £215,000 allocated for Oatlands has been diverted to the other two schemes although it seems the funky cyclops junction mooted for the junction of Victoria Avenue and Station Parade to totally separate cyclists from traffic won’t happen. Ms Burnham says it was just one option and there “might be something similar” instead.

She seems cool on the Pannal park and ride idea, saying further details should be available in a couple of months. She insists it’s still on the table but adds “it has to work financially for the bus service too”.

Low-traffic neighbourhoods, which reduce motor vehicles in residential areas, have been another bugbear.

An experimental order was introduced on Harrogate’s Beech Grove in February, which closed the route to through traffic. The move took many people by surprise and some cars were driven across the Stray by motorists determined to keep using the route as a cut through between West Park and Otley Road.

“There was some positive and that sometimes gets lost in the media and social media.”

The experimental order was extended from 6 months to 18 months before decision is made on whether to close the road permanently to through traffic — why? Ms Burnham says it was to allow more time to see how the initiative ties in with other schemes, such as the Otley Road and Victoria Avenue cycling projects.

She says it’s exciting to see a network of connecting cycle routes emerge in Harrogate.

No more roadworks than usual

She insists that, contrary to popular belief, there are currently no more roadworks than usual.

Harrogate, she says, often has more roadworks than other parts of the county because it is an urban area, adding:

“There’s also a lot of development taking place and because of that a lot of road works need to happen.”

Ms Burnham says the council tries to stipulate that work takes place between 9.30am to 3.30pm on key routes and can insist on night works “when it’s reasonable”.

As for permits to carry out roadworks being extended, and traffic lights lasting for months, which happened on Skipton Road in Harrogate, she says:

“It’s difficult when a company comes to you and says ‘we need to do more work’. Sometimes they do find issues on site.”

Ms Burnham, a mother of two young girls who enjoys camping and walking, is one of two women out of 11 senior officers in the highways senior management team. She lives in Northallerton.

The county council workforce is 76 per cent female but highways remains male-dominated. She says:

“Some people still have a surprised reaction when I tell them my job title. That said, we are certainly seeing a positive increase in women into the service. I now have four females in my team.”

Ms Burnham worked for Harrogate Borough Council for four years from 2005, during which she helped deliver the Nidderdale Greenway scheme.

She joined North Yorkshire County Council in 2009 and was a senior engineer in the special projects team and a lead officer in the transport and development team before moving to her current position in 2018.

More than anywhere else in North Yorkshire, the Harrogate district presents both rural and urban transport challenges. She says:

“Harrogate is just that little bit more demanding in terms of its urban nature and popularity of events.”