0 Items
Harrogate street set to be closed to traffic
by 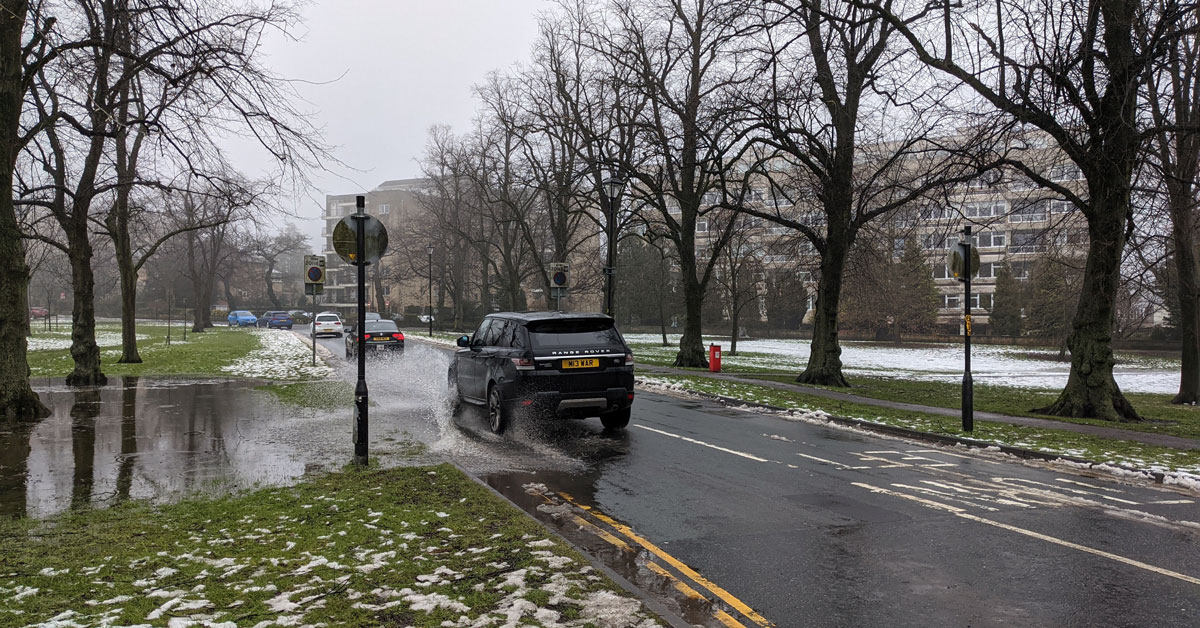 Beech Grove in Harrogate, which is to be closed to through traffic.

Beech Grove in Harrogate is set to close to through traffic in less than two weeks’ time.

Highways authority North Yorkshire County Council has written to residents in the area saying it wants to create a low traffic neighbourhood in the area.

Planters will be put in place at the junction with Lancaster Road, blocking the street.

The council intends to trial the scheme for six months from February 15 with a view to making it permanent, pending public consultation.

Residents, refuse collections and emergency services will still have access to the area. But motorists will no longer be able to get directly from Otley Road to West Park via Beech Grove.

It is hoped the move will improve safety for pedestrians and cyclists. It will also link to the new Otley Road cycle path, work on which is due to begin in spring.

Low traffic neighbourhoods have been put in place across the country, including in London and Manchester, to prevent drivers from using roads as shortcuts and rat-runs.

The county council has proposed a series of measures to ease traffic congestion, including a park and ride bus service, Killinghall bypass and traffic calming measures in Bilton. The authority was also handed £1 million for three cycling schemes in Harrogate. 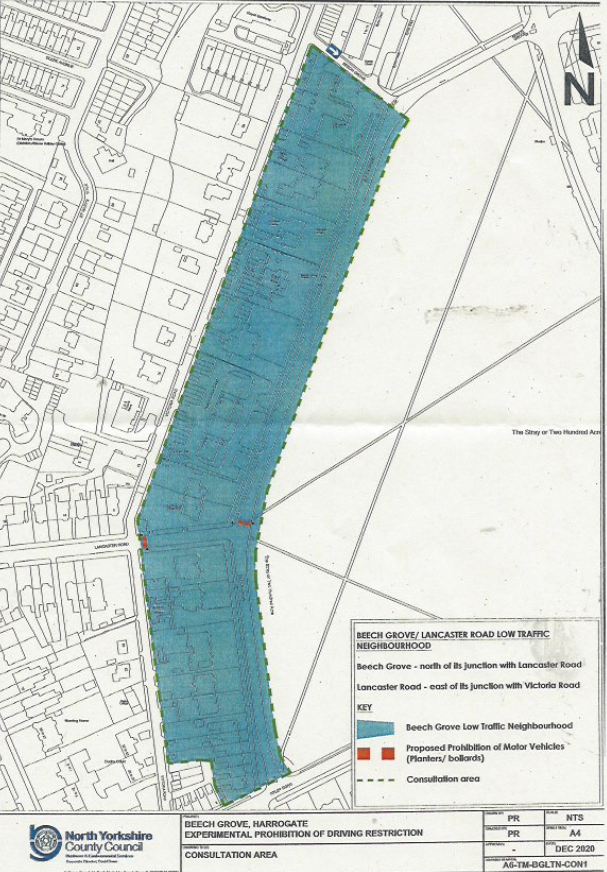 When the cycle route is completed, cyclists will be able to turn from Otley Road onto Beech Grove, which would be free from traffic and connect with another earmarked cycle route on Victoria Avenue.

The authority’s letter seeks comments from residents ahead of the measure being put in place. It said:

“The county council is seeking feedback on proposals to introduce a low traffic neighbourhood along Beech Grove, with the aim of encouraging more residents to choose active, healthy and sustainable forms of travel, particularly during the current covid pandemic between the western area of Harrogate and the town centre retail and commercial facilities.” 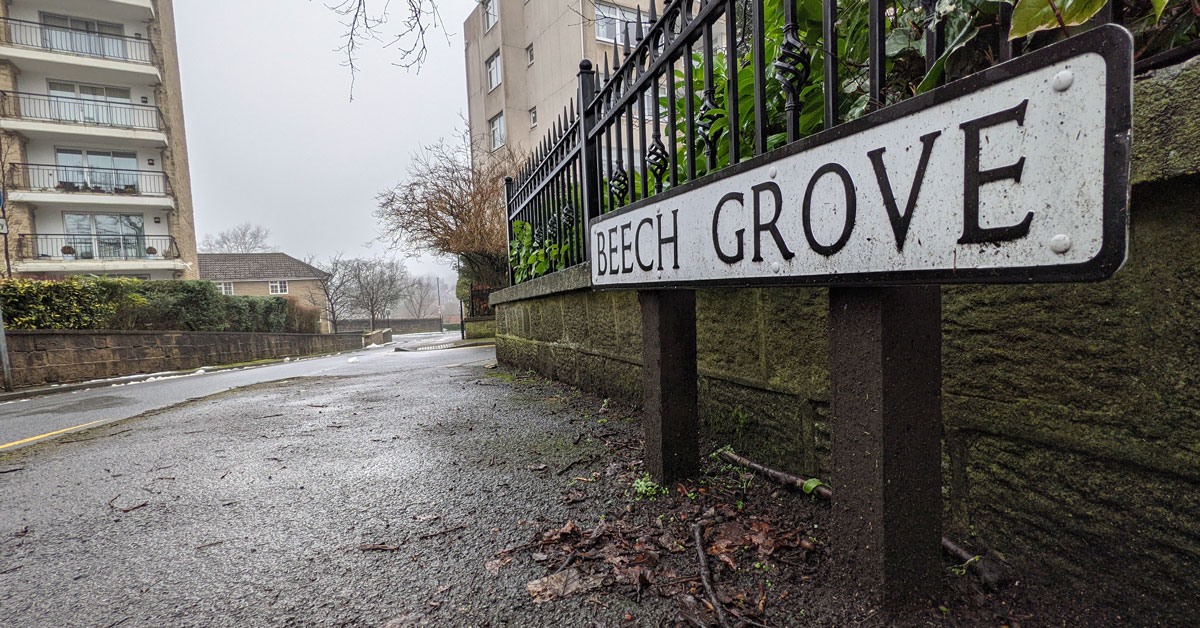 Beech Grove, which has been proposed to be closed off to traffic.

Kevin Douglas, chairman of Harrogate District Cycle Action, described the measure as “a start” in improving safety for cyclists and pedestrians. He said:

“I think it is a positive step forward.

“We were consulted on a number of options and this is the one that requires the least disruption and makes sense without having to cost a huge amount of money.

“It will certainly help pedestrians and cyclists on that road. At the moment, the parking has been difficult and it has been quite risky to go down.”

The scheme would be implemented through an experimental traffic regulation order and would be reviewed by the council after six months.

Council officers will monitor the effect of the scheme on neighbouring roads, including Victoria Road, Lancaster Road and Queen’s Road.

The authority said it has no plans to alter or remove the current disc parking arrangements in the area.