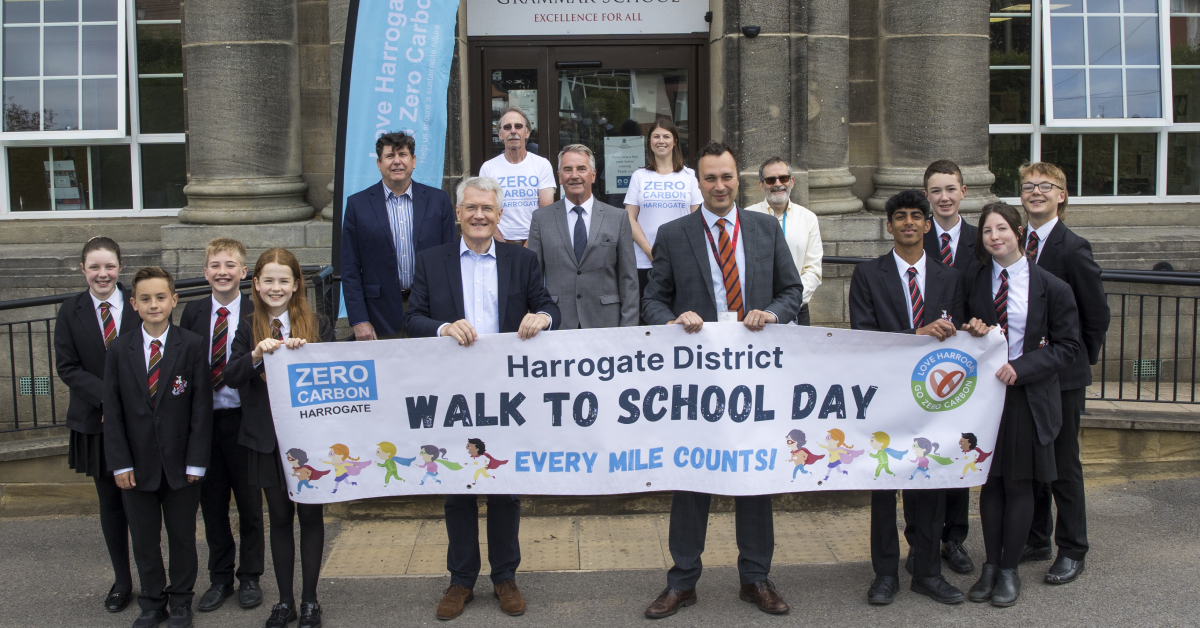 Harrogate Grammar School pupils with Andrew Jones, councillors and members of the HDCCC.

Pupils from 31 schools across the Harrogate district ditched their usual method of transport to take part in the ‘walk to school day’ event last Friday.

More than 7,000 pupils in total took part in the Zero Carbon Harrogate (ZCH) initiative, which was aimed at reducing carbon emissions across the district.

Parents and children who travel long distances to school were encouraged to ‘park and stride’ by walking the last mile of their journey or taking public transport instead.

The event also had the endorsement of Harrogate Borough Council and local MP Andrew Jones, who went to two schools to show his support.

“This is such an important event for our community. Often children do not feel they have a voice when it comes to climate change, but a Walk to School Day is something that empowers children to cut their family’s carbon emissions through their own actions.” 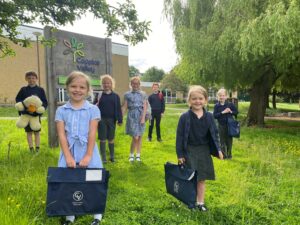 Coppice Valley pupils after their walk to school.

Pupils themselves also spoke to ZCH about their transport habits. Rosie, aged 10, said:

“I normally walk because I think it’s really important not to take unnecessary car journeys, because pollution comes from the exhaust pipes – it pollutes the planet, but it’s also bad for people’s lungs, especially young children’s lungs.”

“I try to cycle or walk to places as much as possible to try and cut down my carbon emissions. It helps you get fitter as well.”

The event was such a success that it will be continued half-termly, with the next due to take place on October 8.