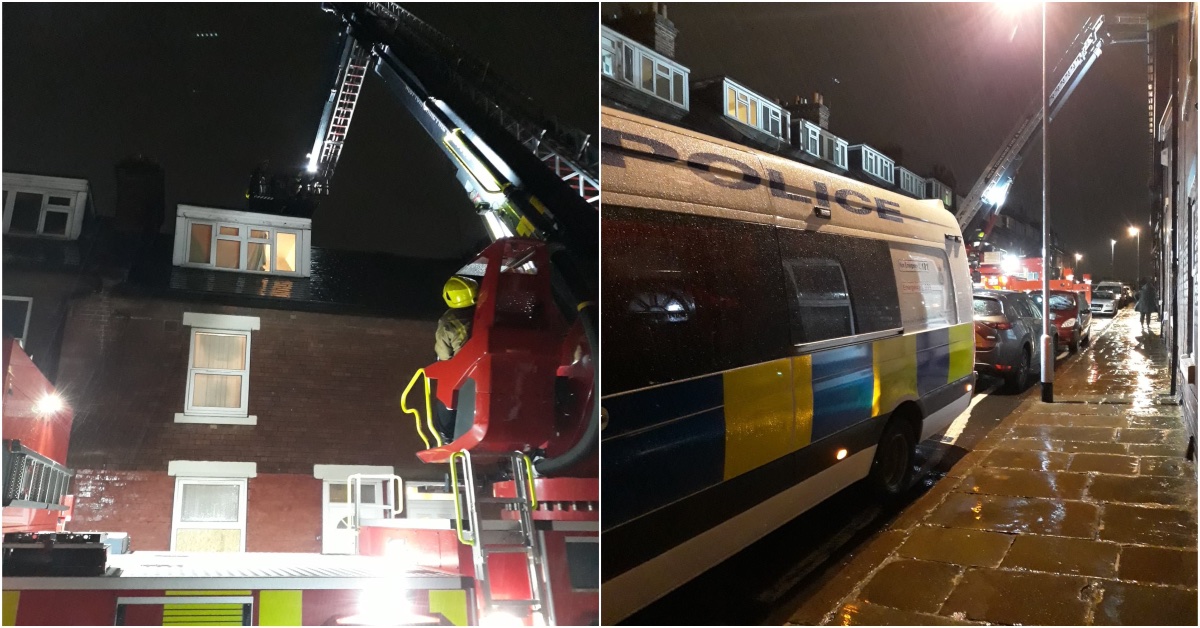 Firefighters were called after one suspect fled onto the roof. Picture: North Yorkshire Police.

Police have arrested two men and a teenager following a burglary in Harrogate.

Keys, money and a handbag were stolen from a house on Cold Bath Road in the early hours of October 3.

Police also arrested a 15-year-old boy from Harrogate. All were released on bail pending further investigations.

The force called on the support of West Yorkshire Fire and Rescue Service after one suspect fled onto the roof of a property.

North Yorkshire Police said investigations into the burglary were ongoing.

“Anyone with information on the burglary should contact North Yorkshire Police on 101, select option 1 and quote reference 12210214088.”