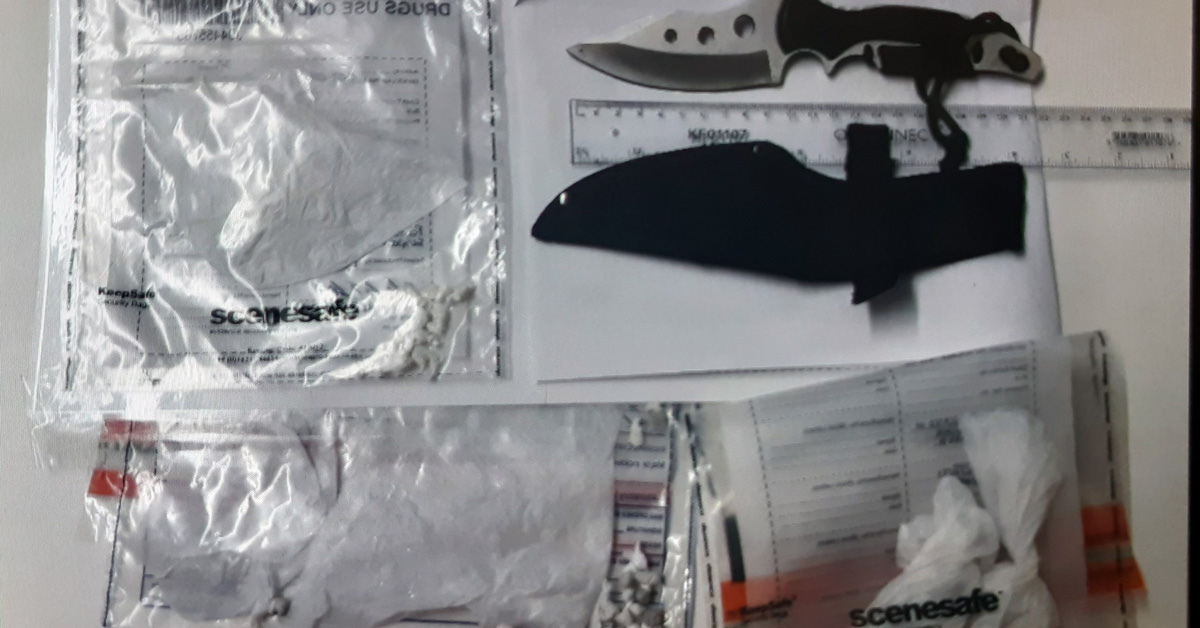 This is what the officers seized.

Police arrested two men in Harrogate after stopping their car and finding a large quantity of drugs and a zombie knife.

They searched the men and found two bags containing around 100 wraps of suspected class A drugs and the knife.

The men, aged 18 and 31 and from the Bradford area, were arrested on suspicion of possession of drugs with intent to supply and possession of an offensive weapon.

Both suspects have been released by the police on conditional bail for further investigation.

County lines refers to when dealers travel to smaller towns to sell drugs that they have advertised online.

Police revealed details of the incident today. A spokesperson said:

“We urge anyone with information about drug dealing or if they believe a vulnerable neighbour is being targeted by drug dealers to contact us or Crimestoppers.”

Anyone with concerns about county lines can speak to the police on 101 or call 999 in an emergency.

If you’d rather stay anonymous you can call the independent charity Crimestoppers on 0800 555 111.