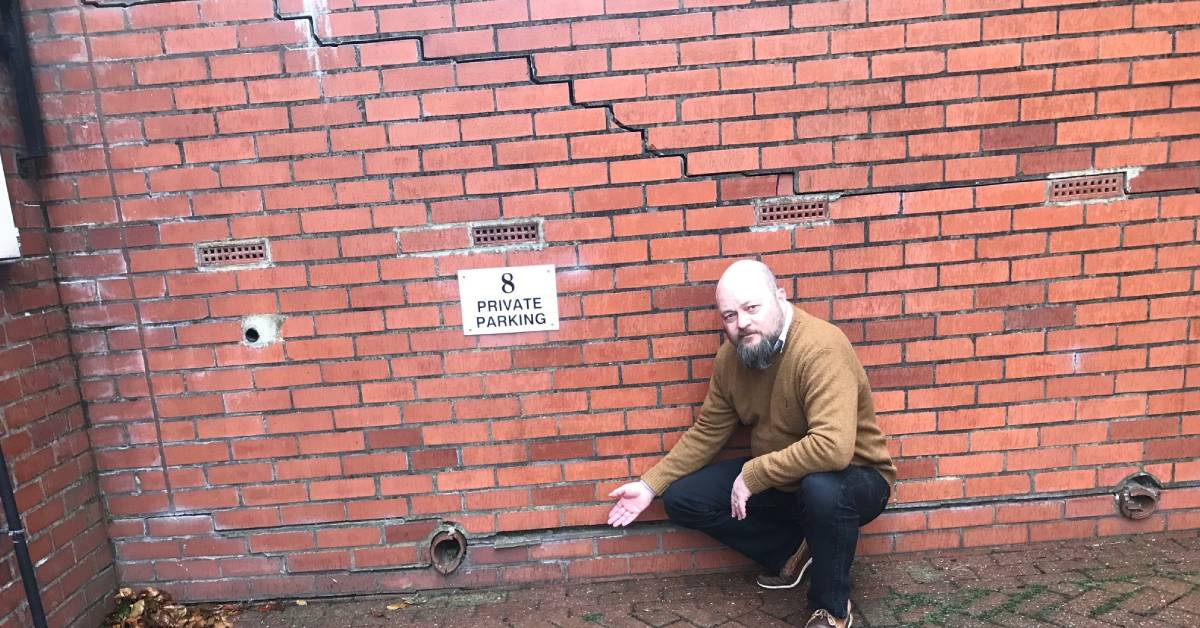 Mat Pritchard at Bedern Court, where the effects of subsidence have been monitored by an engineer.

Ripon City Council has called for the urgent demolition of four homes in the city that are in danger of collapse because of sinkholes.

A council meeting last night heard the properties at Bedern Court were in a “perilous” state and “the implications for public safety are enormous”.

The homes, which have remained empty since they were evacuated in October last year, border Skelgarths, one of the arterial routes through and into the city.

Peacock’s Passage, a footpath that runs alongside Bedern Court, was blocked off with permission from North Yorkshire County Council a year ago, after the owners of the stricken block raised concerns about public safety. 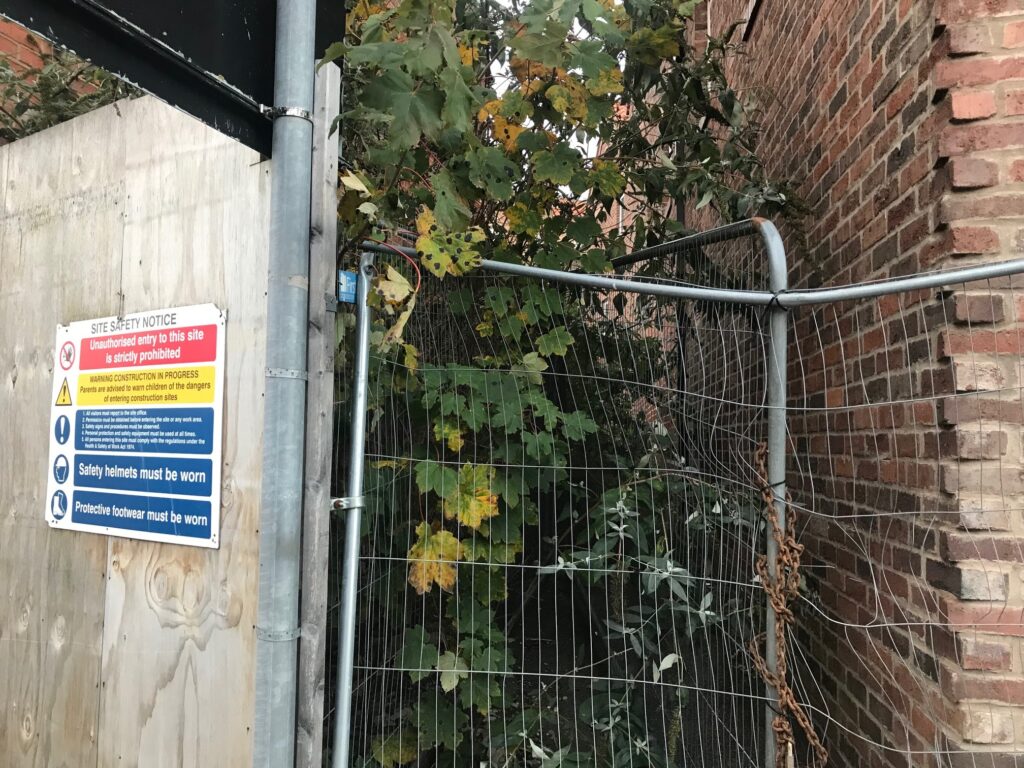 “The movement of the affected block caused by sinkhole activity in the area is gaining speed and the implications for public safety are enormous.

“The block fronts onto the public highway and pavement and the potential impact of collapse and possibility of opening up of more damaging sinkholes in neighbouring areas cannot be ignored.

“If the perilous state of the building means it’s not safe to walk along Peacock’s Passage, it can’t  be safe to walk or drive past it on Skelgarths. It needs to be demolished as quickly and safely as possible.” 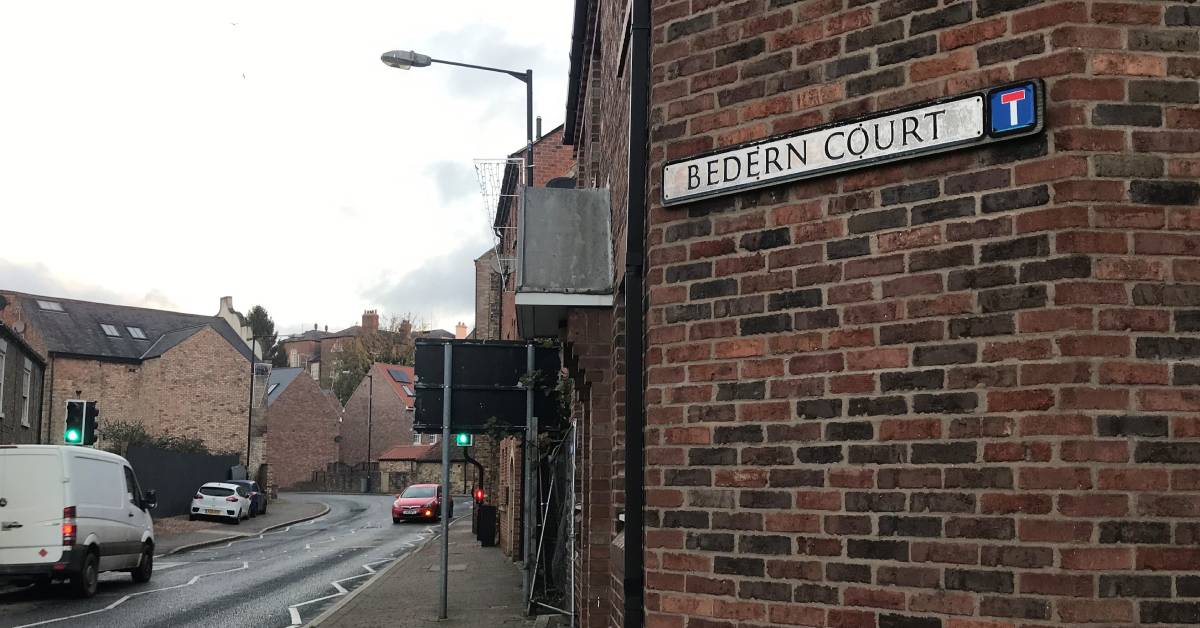 Mat Pritchard, chairperson of Bedern Court Ltd, a not-for-profit company controlled by owners and leaseholders with houses and apartments in the 29-unit development. told the Stray Ferret:

“All authorities, including the parish, district and county councils, have been contacted by us and kept updated on the increasingly desperate situation that we are facing and we welcome this news from Ripon City Council.

“We have taken all of the measures that we can, but feel that we are rapidly running out of time.”

Reports from a monitoring engineer employed by Bedern Court Ltd indicated that ground movement is ongoing and appears to be speeding up.

While monitoring the signs of movement, Bedern Court Ltd continues to await the outcome of a long-standing insurance claim relating to the affected properties.