0 Items
Ceremony marks start of remembrance events in Ripon
by 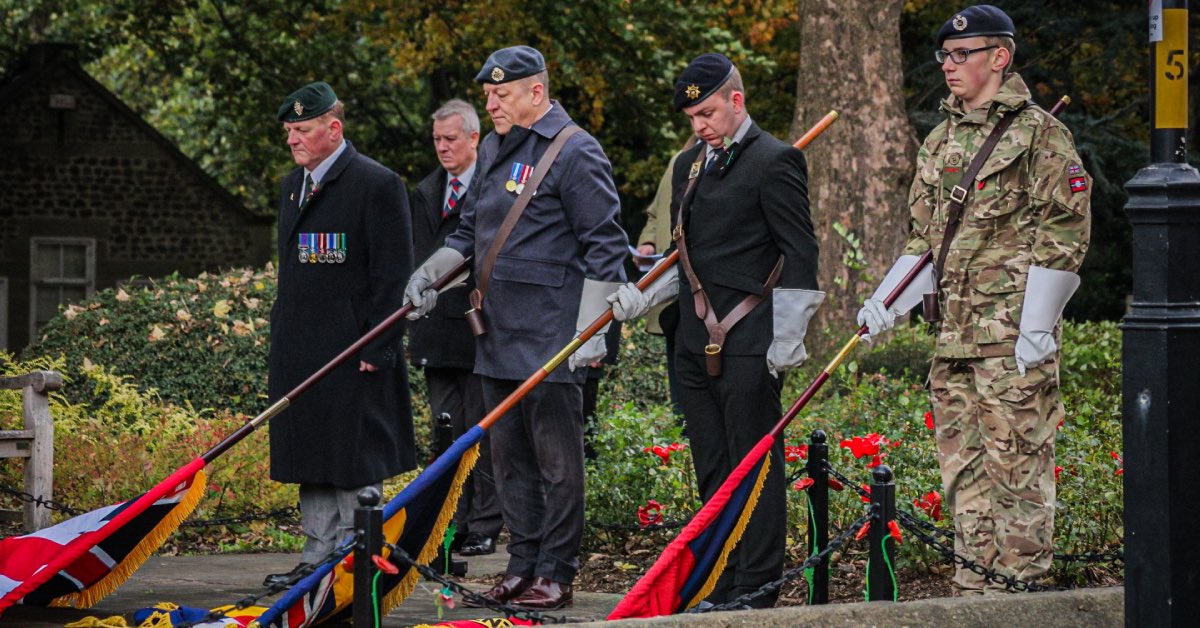 Ripon’s week of events to remember the dead of two world wars and other conflicts began at the weekend.

The Dean of Ripon, The Very Revd. John Dobson, led prayers as he blessed the Royal British Legion Garden of Remembrance next to the cathedral.

Saturday’s ceremony was attended by serving officers and standard bearers representing all of the armed forces, along with civic dignitaries, including Stuart Martin, the chair of North Yorkshire County Council and a Ripon councillor, and city council leader Andrew Williams. 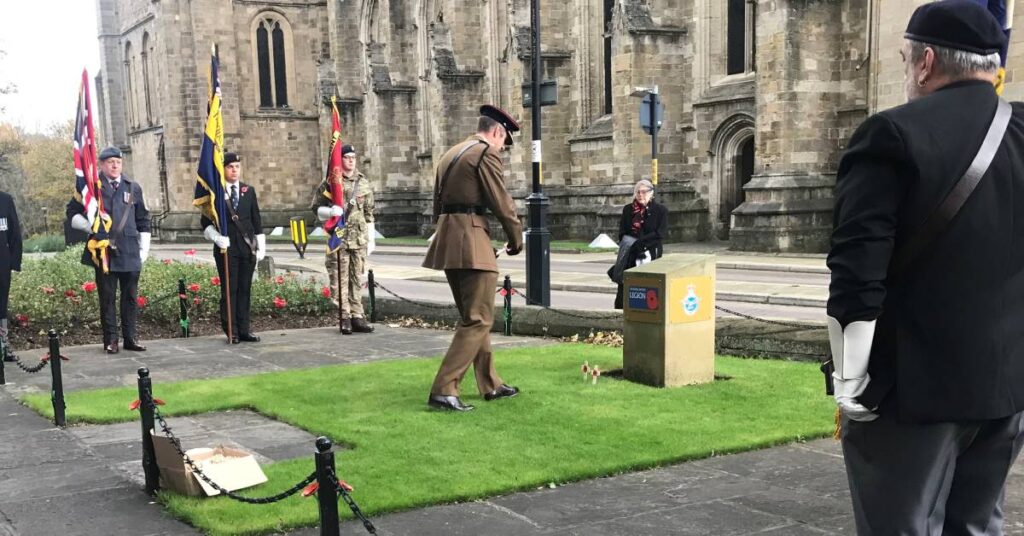 Attendees were invited to place small wooden crosses bearing a poppy, in front of the plinth at the garden

A two-minute silence was observed before small crosses with poppies on them were put in place by a number of attendees in front of the garden plinth.

Jeet Bahadur Sahi, who served in the Gurkhas for 22 years and is chair of the Royal British Legion Ripon branch, told the Stray Ferret:

“This is a special year for the legion and the branch as we celebrate our 100th anniversary.

“The remembrance garden, which opened in 2018, was created by the Ripon branch with support from the public, businesses and authorities.

“In addition to the war memorial in Spa Gardens, it provides a permanent and prominent place where the fallen can be remembered.” 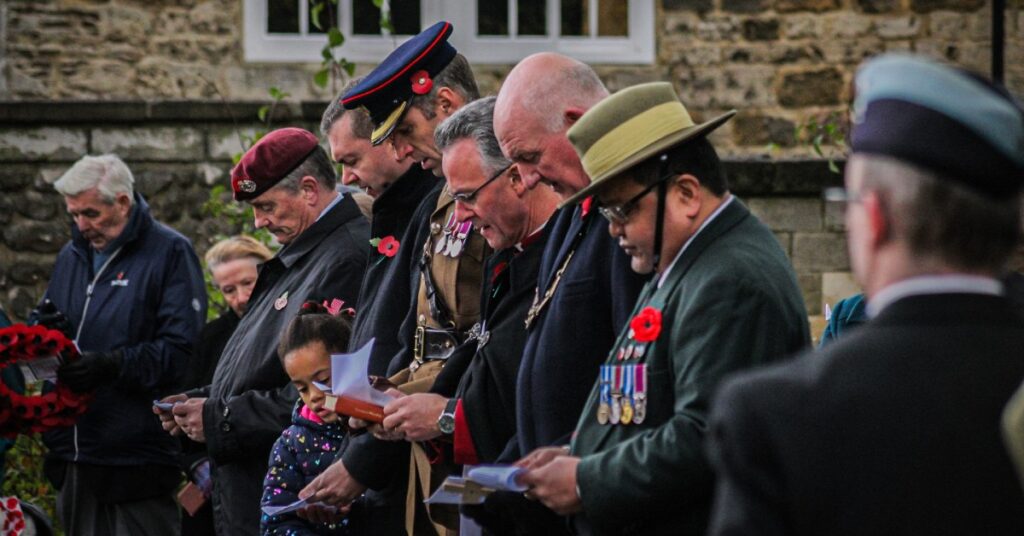 Spa Gardens will be the focus next weekend when Ripon’s civic Remembrance Sunday service is held at the city’s war memorial, followed by a service at the cathedral.

The event, which starts at 11am, will honour the service and sacrifice of the armed forces, British Commonwealth veterans, allies and civilians involved in the world wars and other conflicts.

Those wishing to attend are asked to assemble at Spa Gardens from 10.30. Following the service, there will be a march past and salute in front of Ripon Town Hall, with the procession leading to the cathedral, where a further service will be held.