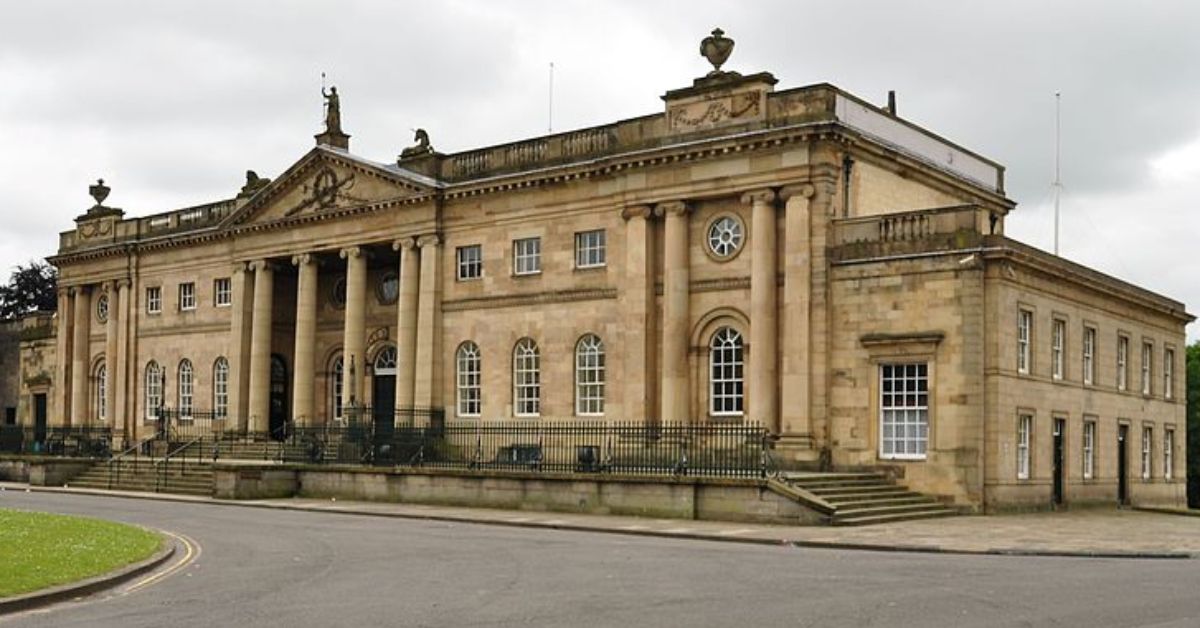 A vicious control freak has been jailed after preventing his pregnant partner from getting pain relief during labour and assuming military-like command of her day-to-day life, which included having to text him for permission to use the toilet.

During a 17-month period, the Harrogate woman was told when she could go out and with whom, was banned from speaking to family members and forced to make a daily list of “promises” to “obey his instructions”, York Crown Court heard.

The woman, who was 17 at the time, was also made to seek permission to use the toilet or have a drink and forced to record herself inside the lavatory to prove “that was what she was doing”, said prosecutor Matthew Collins.

Her partner’s cruelty came to a head when she became pregnant and he denied her midwifery care and pain relief for the birth of their baby daughter.

The tyrannical military man, who is in his 20s, even assaulted her during her labour at Harrogate District Hospital, added Mr Collins.

On other occasions, he forced her to hit herself and threatened to harm or kill her and the baby if she went to the police.

He was ultimately arrested and charged with assault and coercive or controlling behaviour. He admitted the offences and appeared for sentence yesterday.

“During the course of that relationship she was subject to a number of degrading, offensive, aggressive and even physically violent behaviour.

“She was forced to write lists of promises to the defendant on a regular basis – promises which included…how she would behave towards him, obey his instructions and treat him in a manner to which he felt he deserved.

“She was forced to buy him clothing, car parts and spend her money on him in other ways. She could not use the toilet without texting him for permission and then recording herself going to the toilet…to prove that that was what she was doing.

“During the course of their relationship, they had a child. During her labour, the defendant refused, or attempted to refuse, the victim from having pain relief, including gas and air. He also refused to allow her to have (intimate) examinations by midwives.

“He also cut the victim off from her family, including her mother, brother and sister. When…she managed to escape from his presence, he would constantly phone the victim so as to monitor her movements and what she was saying and doing.”

Grabbed her throat during labour

In December last year, he assaulted her while she was in labour by grabbing her by the throat.

“The statements collected in the course of the investigation against this defendant, in particular statements from the midwives, make frankly for shocking reading.”

The victim, who cannot be named for legal reasons, said she was “always on edge (around her now ex-partner), scared I would do the wrong thing”. She added:

“I felt controlled in the relationship and didn’t know how to stop it,

“I felt I couldn’t be a mother properly and he wouldn’t let me. It really started to affect my mental health. I wasn’t sleeping and when I did, I was sleeping too much, and my mother would have to take care of (my) daughter.

“My anxiety got worse. I was scared of seeing him and feel like I’m suffering depression because of his behaviour. I’ve lost confidence in myself and others; I feel I can’t trust people.”

She said she was now in the habit of asking people “for things I shouldn’t have to ask for because I’ve always had to ask (her ex-partner) to do simple things, like, ‘Can I go to the toilet?’, or ‘Can I have a drink?’”.

Intended to humiliate and degrade

Just before his arrest while he was under investigation, she even bought herself a self-defence kit in case he came looking for her.

“His conduct was intended to humiliate and degrade the victim, in particular those orders that she needed to ask permission to use the toilet and then record herself actively using the toilet.”

He said the woman had had to endure the “fear and trauma” of her child potentially being removed from her care due to her ex-partner’s behaviour and social services becoming involved. The child is still under the woman’s care. He added:

“This is a victim who is frankly scarred and it is a mean and disgraceful case.”

Her ex-partner had a previous conviction for domestic violence and abuse from 2013.

Kevin Blount, for the defendant, whose name cannot be revealed to protect the victim, said his client was an enlisted soldier and was remorseful for his “intimidatory” behaviour. He added:

“Dismissal proceedings have begun (due to the offences).”

Judge Simon Hickey criticised the disgraced soldier for “refusing hospital staff the chance to examine your victim” during her labour. He said:

“You refused her pain relief when she was in labour.

“You wouldn’t allow her to get proper care for her baby and got her to hit herself and injure herself. At times you threatened to hit or kill the baby should she speak to police, and she wasn’t allowed to go anywhere or do anything without your permission.

“This was physically violent, degrading, humiliating behaviour towards that woman. You threatened her (with violence) if she disobeyed your instructions, and steps were taken to stop this young lady reporting (the matters).

“There couldn’t be a more vulnerable position for a woman to be in when you assaulted her (during childbirth).”

Jailing him for 18 months, Mr Hickey told the defendant:

“Sadly, you were a valued member of the British army and you have thrown that all away.”

The judge also made a 10-year restraining order banning the defendant contacting or approaching the victim.