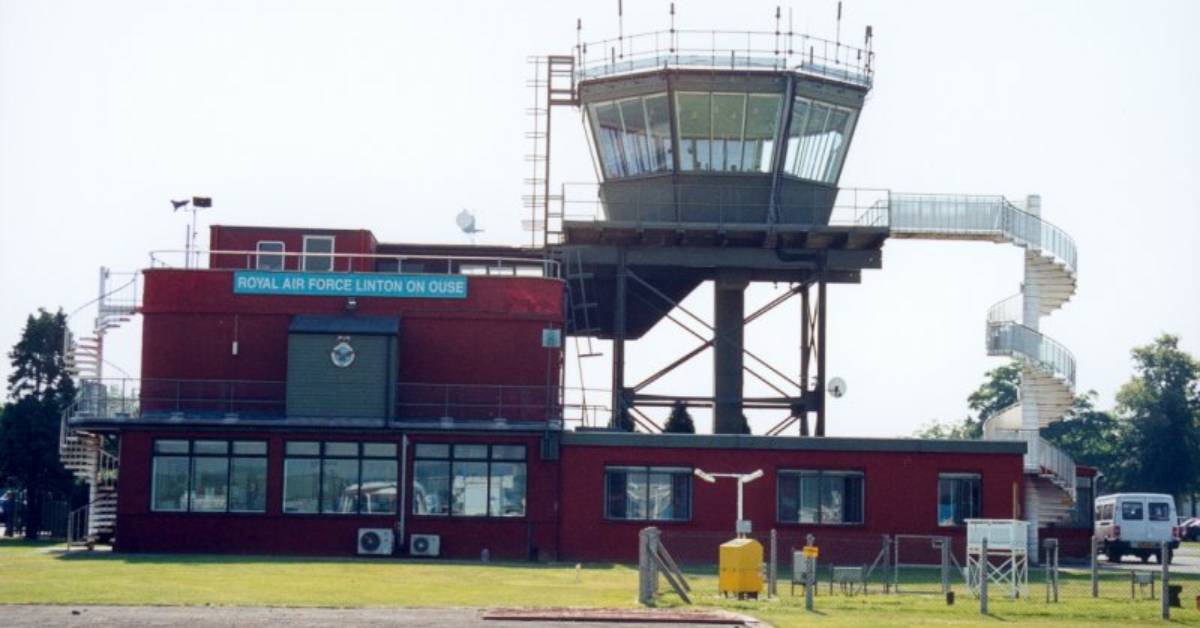 The former RAF base at Linton-on-Ouse. Credit: Airfields of Britain Conservation Trust

The former RAF base at Linton-on-Ouse will be used to house asylum seekers, the government has announced today.

It’s part of a controversial Home Office plan to send asylum seekers to Rwanda to have their asylum claims processed.

Before potentially being flown out to the African country, asylum seekers will be held in ‘reception centres’ across the UK for up to six months, with the first announced being at Linton-on-Ouse.

The site closed in 2020 after being used by the RAF for almost a century. It was most recently used as a jet training facility and Prince William trained there.

Although located in Hambleton, it is only about a mile from the Harrogate district, on the other side of the River Ouse. It’s close to villages Thorpe Underwood, Little Ouseburn and Nun Monkton.

Kevin Hollinrake, MP for Thirsk and Malton, said in a statement he had been assured by the immigration minister that the time limit for any asylum seekers to remain at the site will be 180 days

The government said it hopes the changes will help it “crack down” on people-smuggling gangs.

“The global migration crisis and how we tackle illegal migration requires new world-leading solutions. There are an estimated 80 million people displaced in the world and the global approach to asylum and migration is broken.

“Existing approaches have failed and there is no single solution to tackle these problems. Change is needed because people are dying attempting to come to the UK illegally.

The proposal has been criticised by human rights groups and opposition political parties.

“It is an unworkable, unethical and extortionate policy that would cost the UK taxpayer billions of pounds during a cost of living crisis and would make it harder not easier to get fast and fair asylum decisions.”