0 Items
‘We felt apprehension, but not fear’: Harrogate seaman remembers the Falklands War
by 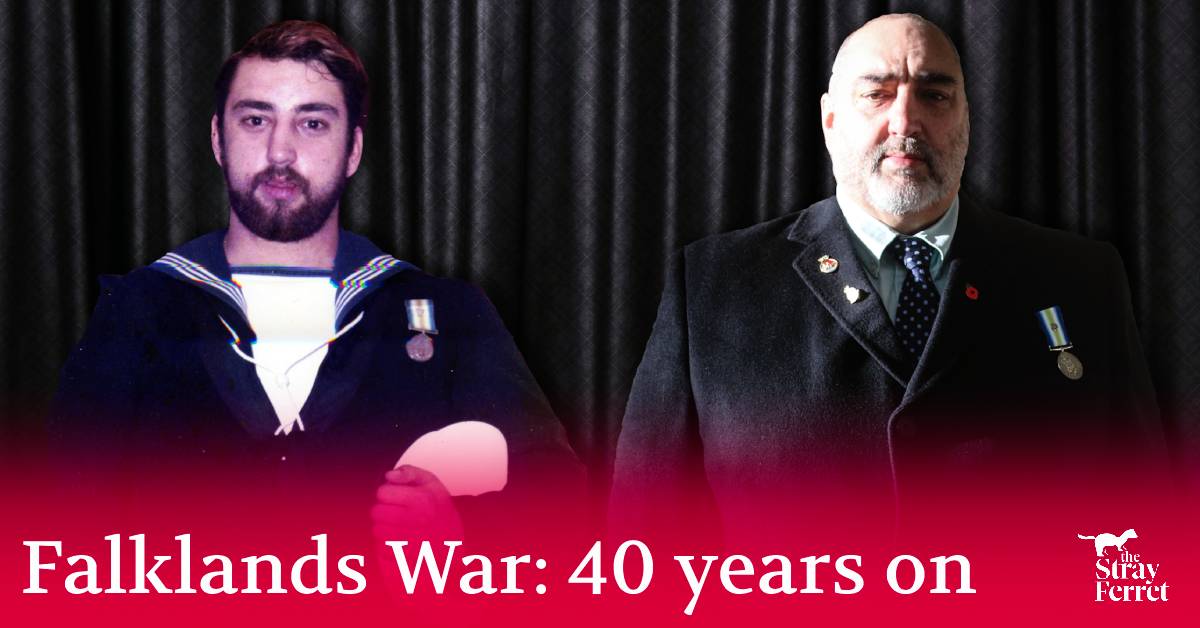 The Stray Ferret is publishing two articles this weekend looking back at Harrogate’s links with the Falklands War.

Yesterday, we spoke to Harrogate woman Christina Nelson who was only 22 when her husband Stephen Heyes was killed aboard HMS Ardent aged 21. Read the article here.

The former Harrogate High School pupil was always destined for a career at sea. He spent his formative years as a sea cadet in Harrogate and his dad was in the Royal Marines.

He was 19 when the British government dispatched a naval task force to the islands in response to the invasion.

Mr Harper joined the Navy aged 16 and was an able seaman gunner so knew that his services would be required.

“When it kicked off I was back in Harrogate on leave so it was a case of ‘get back to the ship’.”

After returning to Portland in Dorset, the captain of HMS Argonaut told the crew:

‘I can’t tell you where you’re going, but you’ll have a damn good idea.”

Mr Harper said the feeling onboard the ship on the 6,000-mile journey “was of apprehension, but not fear”.

“We were all a bit young and stupid!

“It was finally a chance to do the job were trained to do.”

The sailors encountered  the Falklands’ unusual landscape, which Mr Harper described as being like “The Yorkshire Moors without the trees”.

“There are rolling hills, tundra grass and peat bogs. It’s quite bleak and it can be very, very cold. But it can be absolutely glorious down there too. You can see killer whales, penguins, seals and birds that are only found in the Falklands.”

Many hoped the crisis would be solved through diplomacy, but the fighting was fierce.

On May 21, HMS Argonaut faced assault from the sky. Mr Harper remembers “attack after attack” and frantic efforts to save the ship. 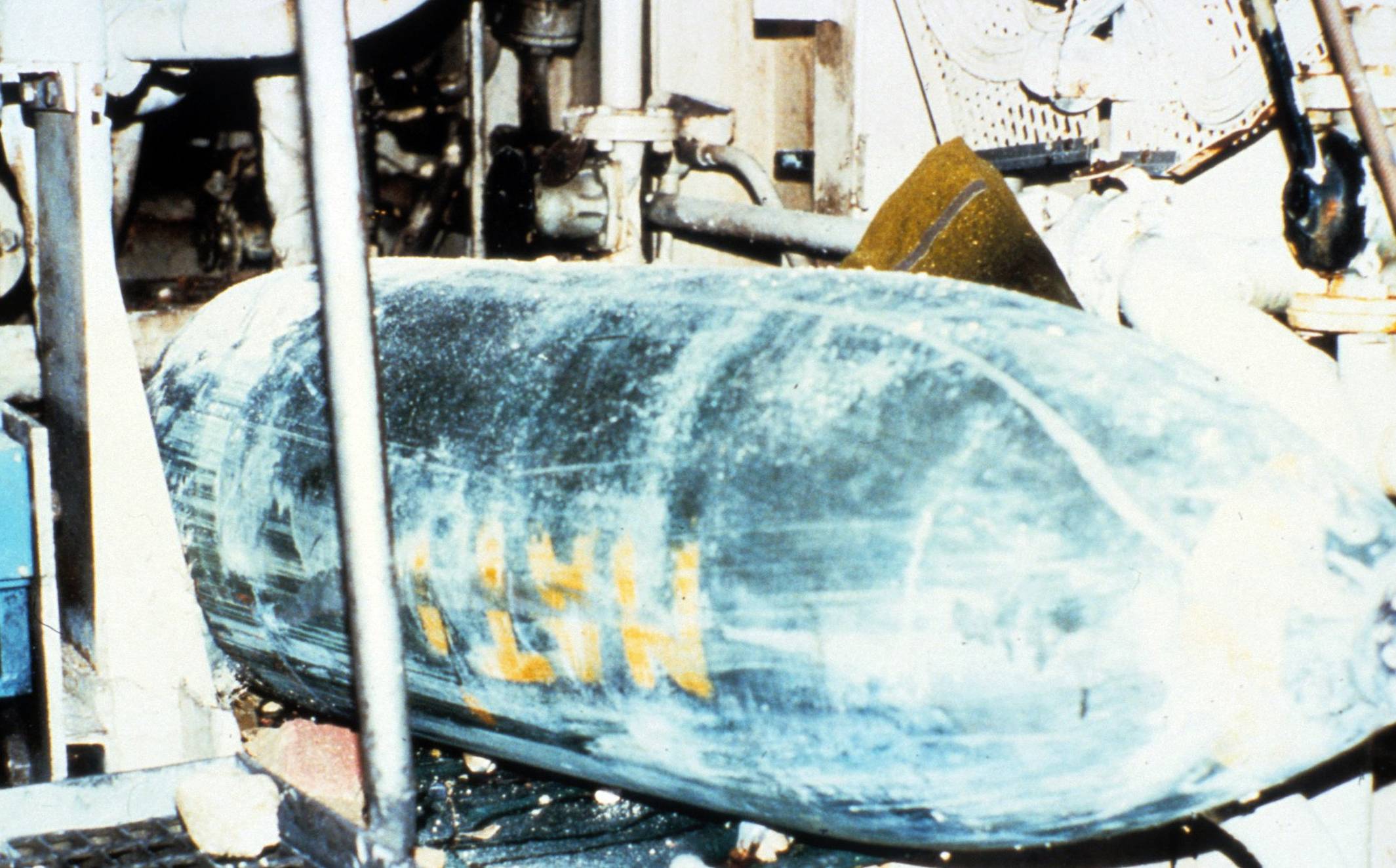 An unexploded bomb that was dropped on the HMS Argonaut

“They hit us with two 1000lb bombs, one in the boiler room and one in the diesel tank.

“Neither exploded luckily, but it caused a fire. We lost all power and were headed towards Fanning Head with no steering or working engines.

“At the time you were too busy to think about what’s going on.”

Lieutenant Peter Morgan is credited with saving HMS Argonaut after he dropped one of the ship’s anchors to use as an emergency brake.

The crew worked around the clock to restore power and radars. The captain sent out a signal to the crew to say they couldn’t move the ship, but could still fight.

Over the space of a couple of days, HMS Ardent, HMS Antelope and HMS Plymouth were also bombed.

“We knew the Ardent had been hit. So there were thoughts of ‘what’s going on over there — and are we gonna win?'”

Stray Ferret journalist Tim Flanagan was chief reporter for the Harrogate Advertiser in 1982.

He said the war was the talk of every pub, shop and workplace in the town.

Journalists at the paper kept a close eye on events due to the military connections in Ripon and at Pennypot in Harrogate. 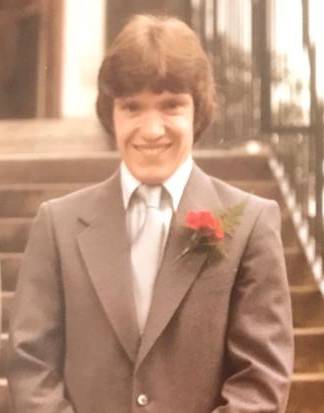 Mr Flanagan remembers interviewing Harrogate woman Christina Nelson, Stephen Heyes’ widow, not long after he died. She told him how Stephen’s pet cat Charlie still missed him, which has stuck with the journalist 40 years on.

“For a young woman, she was very poised. She was still in shock. She was courageous and a very brave person to speak about it. She wanted him to be honoured.”

Harrogate soldier Gavin Hamilton was also killed during the war and posthumously awarded the Military Cross for bravery.

A year after the war was over, the newspaper sent Mr Flanagan to the Falklands. It was a once-in-a-lifetime assignment for a local news journalist who normally didn’t get further than Northallerton.

He stayed aboard HMS Sir Tristram to visit Royal Engineers from Ripon who were helping to rebuild runways and clear mines.

Mr Flanagan took with him some special messages from the wives of Harrogate district servicemen who were stationed there.

“I flew out on Valentine’s Day 1983 and went there with various things. I took messages for sweethearts and three or four Valentine’s cards.

“I got a lot more on the way back from the soldiers, and asked to drop off flowers, chocolate and letters to their wives.”

The war lasted just 74 days but 40 years on, time has not healed all the mental wounds brought on by the conflict.

The UK government’s treatment of its veterans, and their widows, have made it more difficult for them to receive closure.

Christina Nelson has campaigned for the government to subsidise expensive air travel to the islands so widows can visit their partners’ graves.

“I’ve not seen Stephen’s grave since the 25th anniversary. The government should do right by us. I’d love to go again, but I will not beg. It should be our right, but they are not bothered.”

Like many veterans, Neil Harper has suffered from PTSD. He left the Navy in 1989.

“We were offered no psychiatric help when we got back. It was a case of ‘man up and get up with it’.”

He returned to the Falklands in 2019 with some fellow seamen who he served with.

“Like any sort of trained blokes, we try and not shed a tear, but we do. We talk and remember, we’re a support group.

“It was time to go back and put a few demons to rest.”