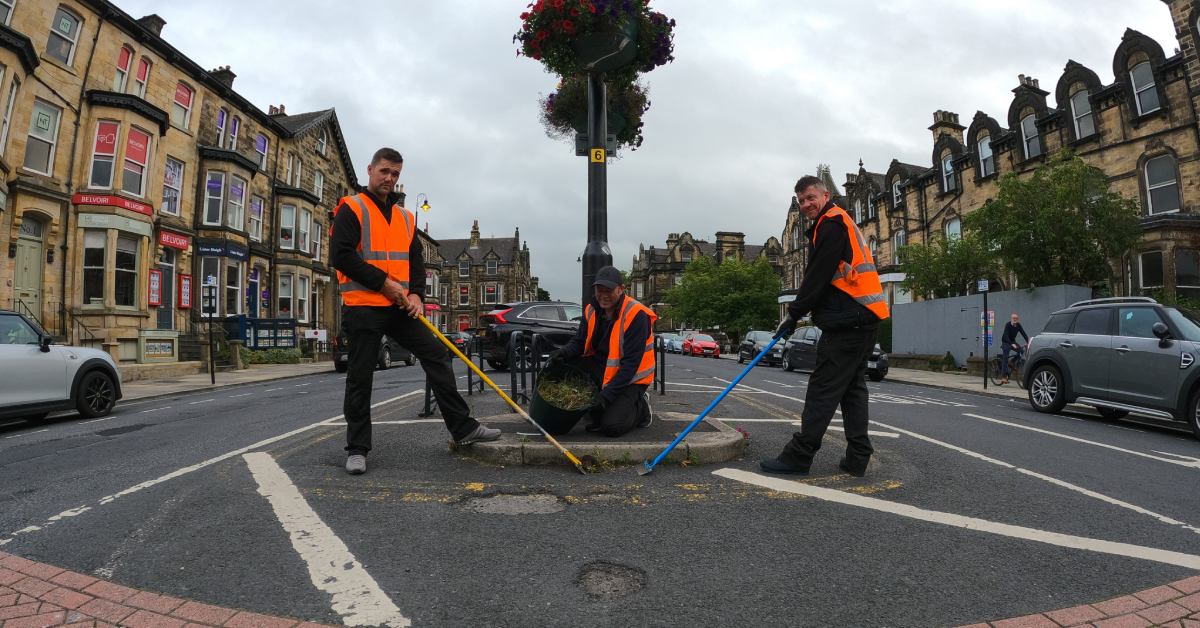 Weeds are removed from Princes Square.

A cleaning crew has been tacking weeds on some of Harrogate busiest shopping streets to improve the town’s appearance.

They are acting on behalf of Harrogate Business Improvement District, which has a remit to enhance the town centre appearance.

“The team worked for a number of nights pulling weeds by hand, using garden tools as well as spraying them with an environmentally-safe herbicide.

“With autumn and winter just around the corner, we hope this work will mean they are kept at bay until the spring.

“For our levy payers, it’s imperative that Harrogate looks at its best at all times, and that’s what we are working hard to achieve.”