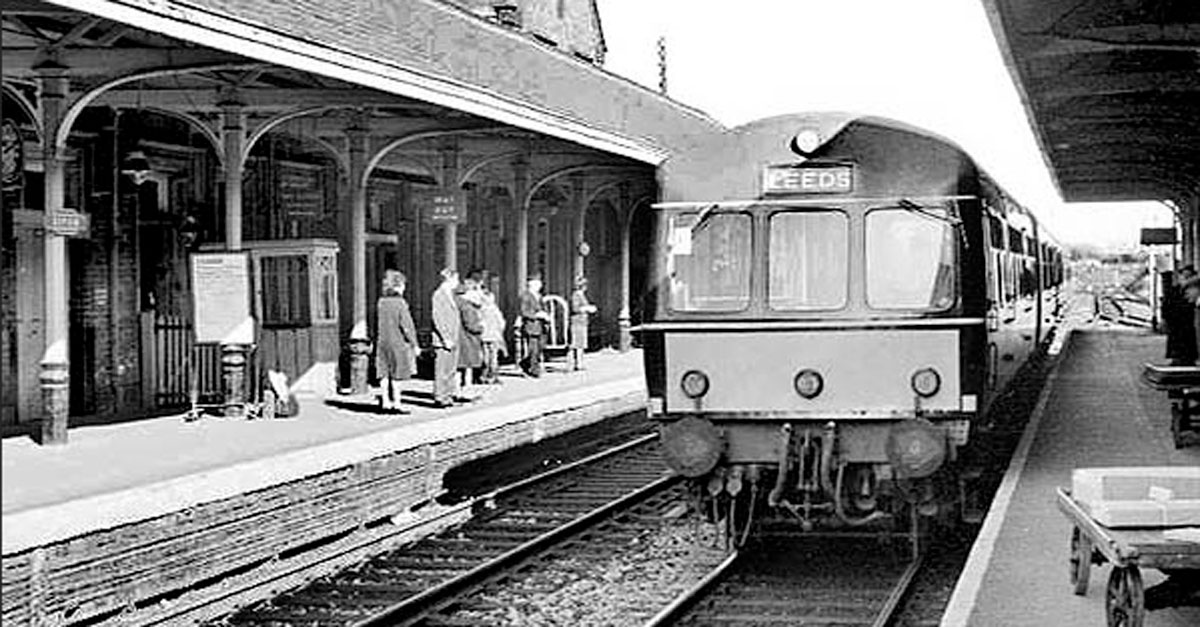 Plans to reinstate a trainline Harrogate, Ripon and Northallerton are once again back on the table.

Dr Beeching axed the line in the late 1960s but it is a candidate in the government’s new ‘Restoring Your Railway Fund.’ The Department for Transport (DfT) launched the fund in January.

Harrogate – Ripon – Northallerton is one of 195 bids. So far 25 have been successful. It means that those projects will be given money towards feasability studies.

The government announced on Friday that it will deliver on the first Restoring Your Railways scheme in Devon.

If the plans went ahead it could be one of the biggest ever investments in the Harrogate district. Some expert estimates put the potential cost as high as £500 million.

This is not the first time that these proposals have cropped up and it may prove to be problematic. Homes have been built on some parts of the track and on Ripon’s former train station.

Former Ripon mayor Dr Adrian Morgan is a keen supporter of the plans. He has been fighting for reinstatement for the last 34 years and told the Stray Ferret:

“I will keep slogging away at this but it probably will not happen in my lifetime. Back in 2006 it would have cost up to £46 million but that price has gone up since then.

“Now it costs around £20 million per mile of track so we are looking at around £500 million to reinstate the Harrogate – Ripon – Northallerton line.

“This might sound like a lot but when you start rebuilding bridges, embankments and laying track the cost soon adds up.”

“There has been a campaign to restore the Harrogate – Ripon – Northallerton line for many years, we would be supportive of that.

“It would not be a small job. It is a medium to long term project so it would take between five and 30 years.

“Any move to take traffic off of the busy roads would be good news. But we do need realistic, it would take a lot of work.”

Cllr Andrew Williams, leader of Ripon City Council, told the Stray Ferret how this line could be good news for Ripon in particular:

“This certainly has the broad support of the city council. It would be economically beneficial.

“The lack of a train line was cited as the main reason why Ripon lost the teacher training college in the 1990s.

“It would be also very important as a way to bring more tourists in the city. I say broad support because it would be unfair if it impacted those who had homes on the line.”

Kevin Hollinrake, the MP for Thirsk and Malton, also said:

“I am very supportive of the bid to re-open the Leeds to Northallerton Railway Line, a section of which would run through my constituency of Thirsk and Malton.

“It would make the journey from Leeds to Northallerton 13 miles shorter and could also provide an emergency diversion between York and Northallerton.”