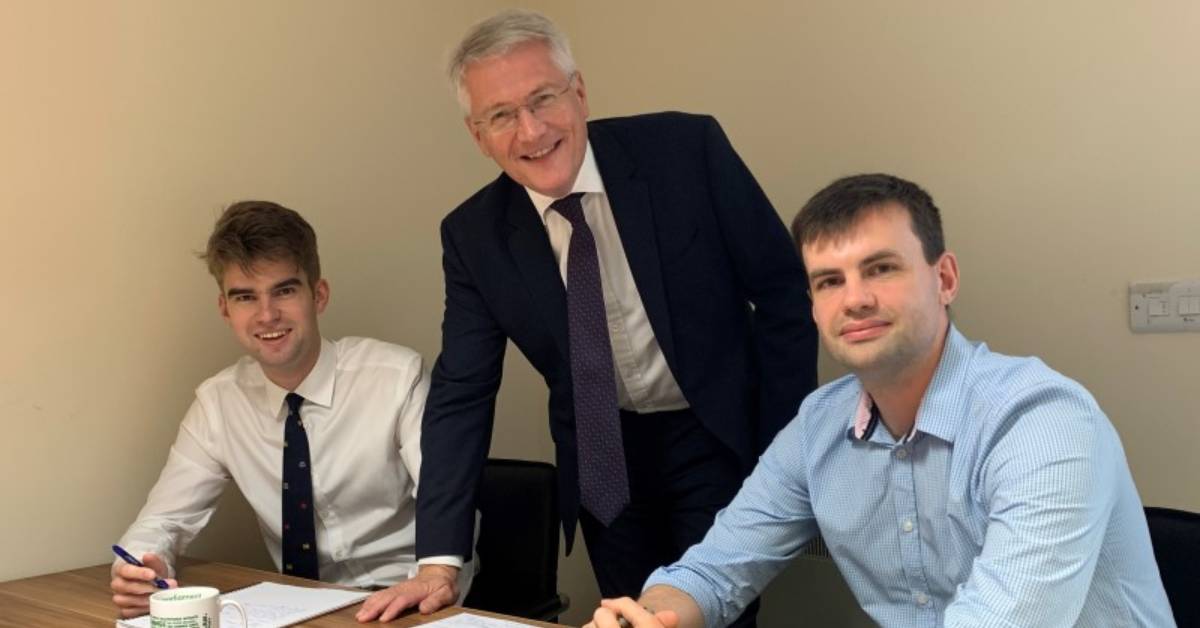 Harrogate & Knaresborough Conservative MP Andrew Jones has been branded a “hypocrite” and “out of touch” by the local Green party after he posed for a picture to promote Harrogate District Foodbank earlier this week.

Mr Jones posted an article on his website Community News alongside two of his caseworkers, Stephen Culpin and the Harrogate Borough Council councillor Matt Scott, that said the pair would be attending sessions of Harrogate Foodbank to offer “advice and support”.

In the article, Mr Jones is quoted as saying:

“It’s important that we tackle the long-term underlying problems which cause people to visit Foodbanks in the first place.”

However, Harrogate & District Green Party member Arnold Warneken, who is a former HBC councillor and stood to become a Bilton county councillor earlier this year, told the Stray Ferret that he believes Mr Jones has contributed to the need for foodbanks through his voting record since he became an MP in 2010.

On 53 occasions Mr Jones has voted to cut spending on welfare benefits. He has also consistently voted against paying higher benefits for those unable to work due to illness or disability. He voted in favour of the so-called “bedroom tax” 16 times.

“If you look at his voting record on benefits it’s disgraceful.

The Conservatives should put policies in place to protect people, but they don’t. There is hypocrisy there.

“I think Andrew Jones is out of touch, hypocritical and has the power to make change but he’s ineffective.”

Mr Warneken set up Ainsty Community Larder from his farm where he distributes food and medicine to those in need.

He accused the MP of “electioneering and getting brownie points” by posing for the “staged” picture.

“If he was quietly doing it in the background I’d give him a pat on the back.

“But he’s smiling, whats he smiling for? He is saying, ‘Arent we wonderful, a problem we created we are getting credit for solving.

“Humility is something people should adopt.”

The Stray Ferret asked Mr Jones to respond to Mr Warneken’s comments but we did not receive a response.

On Community News, he said:

“Over the years my casework team have helped hundreds steer the maze which is the benefits system to get cash which is available to them.”