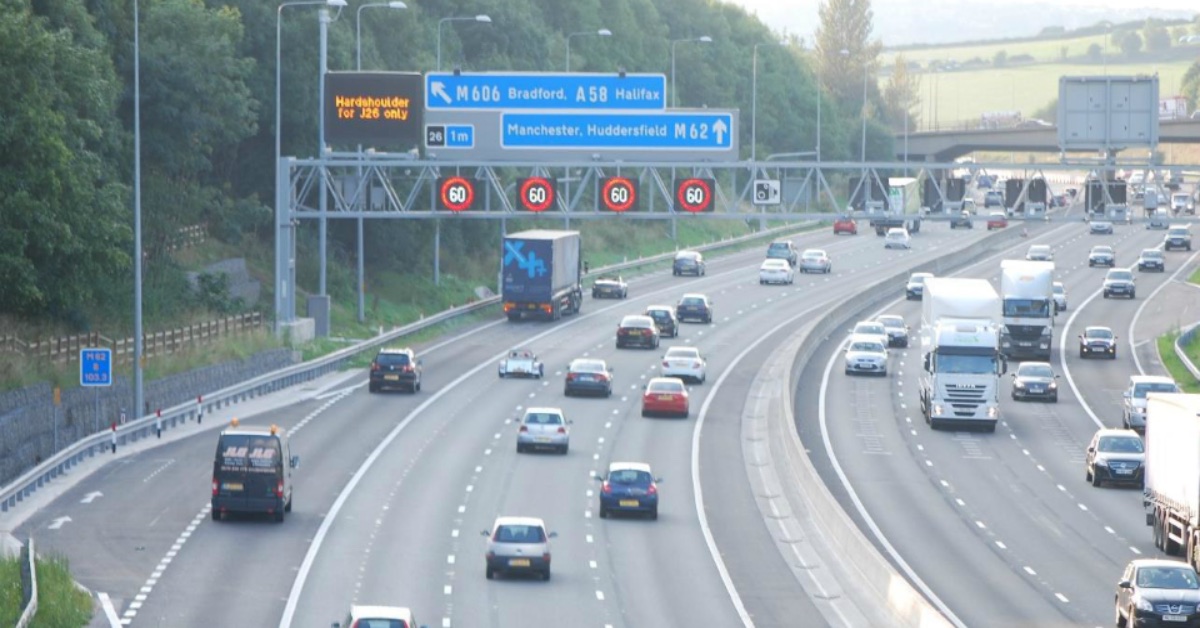 A stretch of the M62 smart motorway between Bradford and Halifax.

Harrogate and Knaresborough MP Andrew Jones has supported the government’s decision to pause the rollout of smart motorways.

Mr Jones was a key advocate of smart motorways during his time as a minister at the Department for Transport between 2015 and 2019.

The government this week shelved any further implementations of the scheme “until five years worth of safety data becomes available” for motorways built before 2020.

There have been mounting concerns about the technology after multiple deaths and near misses have been reported.

Government figures show 38 deaths on smart motorways were recorded between 2014 and 2019, including John Mercer, who died on a stretch of the M1 without a hard shoulder in 2019.

Speaking at a Westminster Hall debate on the issue yesterday, Mr Jones said:

“The pause that has been announced gives us the chance to retrofit, implement and review the stopped vehicle detection technology and perhaps improve it.

“The pace of the development is so fast that I am sure that developments will come into play sooner rather than later.

“We should expect all modes of transport to become busier as we emerge from the pandemic, and that will include our roads. As that happens, road safety must never be compromised, but enhanced.”

During his time as a transport minister in May 2016, Mr Jones insisted that the rollout of smart motorways was not being done “on the cheap”, as opponents of the scheme had claimed. They said it compromised safety.

At a Transport Select Committee debate at the time, the Conservative MP said:

“Are these things being developed on the cheap? No, no they’re not. This is part of a comprehensive injection of capacity into our national strategic road network.

“This is a key ingredient in our first road investment strategy, that is a £15 billion budget.”

At the same debate, he later added that the government was monitoring the safety of the schemes and that he did not think it was “a question of having a back-up plan or pausing”.

The government has said pausing the rollout builds on its action plan for smart motorways, which includes adding emergency areas and upgrading cameras to detect red X offences.