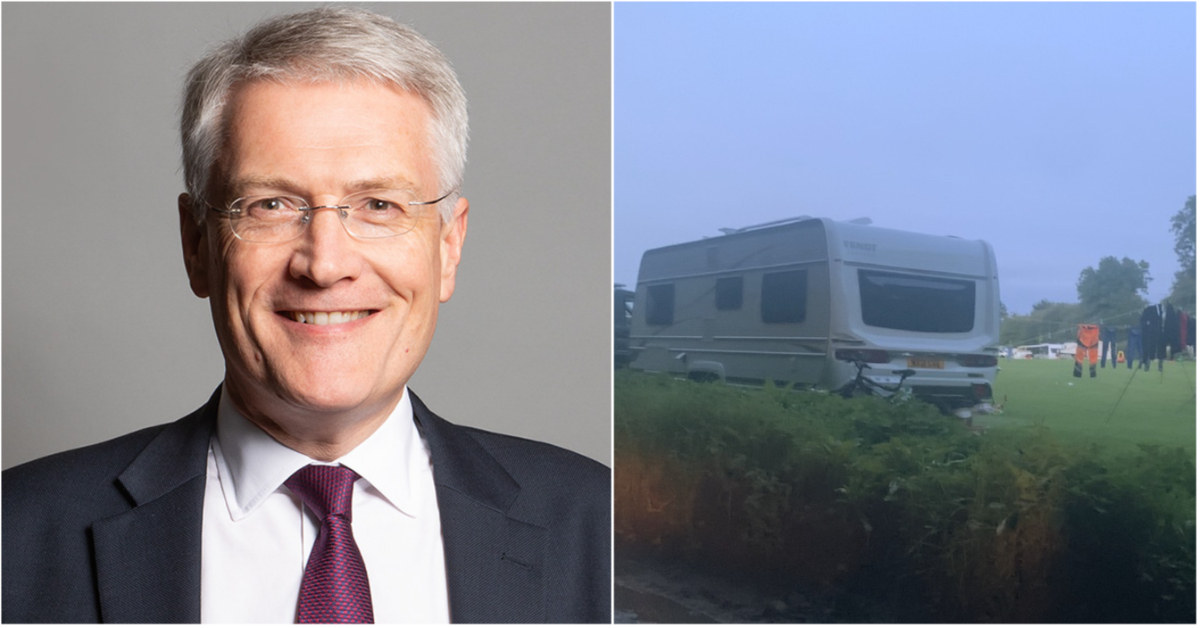 Harrogate and Knaresborough MP Andrew Jones has written to Home Secretary Priti Patel about speeding up measures to evict Travellers who break the law.

The Conservative MP said the recent encampment at Hay-a-Park in Knaresborough produced “disorder and anti-social behaviour completely off the scale compared to that associated with previous traveller encampments in our area”.

Mr Jones said his comments were based on reports received from residents, police and landowner Harrogate Borough Council.

“Vandalism of property, damage to cars, late night motorbike and quad bike racing through residential estates, break-ins at barns, use of pavements and open space as a toilet were just some of the unpleasantness residents nearby reported and had to put up with.”

Mr Jones added that some Travellers had “took the openness and generosity of spirit which is the hallmark of our communities and simply abused it” and further action was needed to “protect the rights and property of residents against future incursions of this nature”.

“I have written to the Home Secretary asking her to look at ways in which enforcement can be brought forward on the advice of the police where law-breaking occurs from the activities of a travelling community.

“I have also written to our local Police, Fire and Crime Commissioner, Zoe Metcalfe, asking her to look at the policing of this encampment and to see if any improvements could be made with the benefit of this experience.

“Finally, I have asked the council to look at how it can secure public land more effectively and more anticipate the movements of travelling communities and provide appropriate sites to be used as layovers for them.”

Mr Jones described the Traveller encampment as “a darker episode for many” amid recent celebrations, such as Knaresborough Bed Race and the Queen’s platinum jubilee.

“I want to make sure that local people and travelling communities can enjoy their everyday lives in peace.

“It is a shame when the minority act in a way that risks labelling the majority and that is what my actions are seeking to avoid.”

The driver was in a black Audi A1 when he drove onto the driveway on Kingsley Drive just before 1am yesterday.
https://buff.ly/3bjmR83