0 Items
Bar and restaurant planned for former Knaresborough bank
by 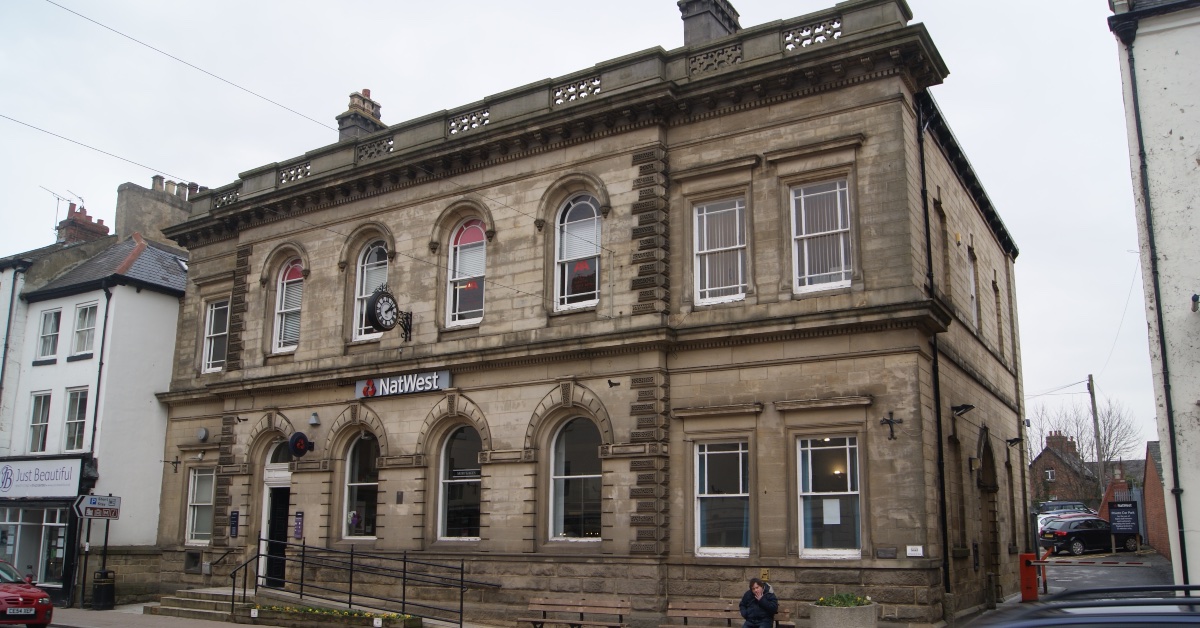 The former Natwest bank in Knaresborough could be turned into a bar and restaurant.

Under licensing plans submitted to Harrogate Borough Council, the Claro Chambers building on the town’s High Street would be converted into a “casual eating and drinking destination”.

Harrogate’s Major Tom’s Social and Knaresborough-based Turning Point Brewing Co have submitted the application as part of a collaboration between the two businesses.

The building has been vacant since NatWest bank moved out in October 2017.

In a statement, Major Tom’s and Turning Point said the project was in its early stages.

They added that they had been working together for five years and took the opportunity to create the bar when the building became available.

“This project is currently in the early stages; we do not yet have a premises license for the venue, so we wanted to wait until we had that and the keys before officially announcing anything.

“We (Major Tom’s Social and Turning Point Brew Co.) are looking to collaborate on a bar in Knaresborough town centre.

“Our aim is to create a casual eating and drinking destination in the Claro Chambers bank building on High Street, bringing the best of each business to the table.

“We have an established relationship of working together for almost five years, and when the opportunity to create a unique venue in Knaresborough presented itself, we couldn’t wait to get to started.

“We fell in love with the building at first sight and saw its potential to be restored into a thriving and well utilised space, and a great addition to the town for locals and tourists alike.”

The borough council granted planning permission to change the use of the building from a bank to a bar and restaurant in August last year.

If approved by the council’s licensing committee next week, the proposal would see the bar open from midday until 12.30am.

The application also seeks permission for recorded music and films.