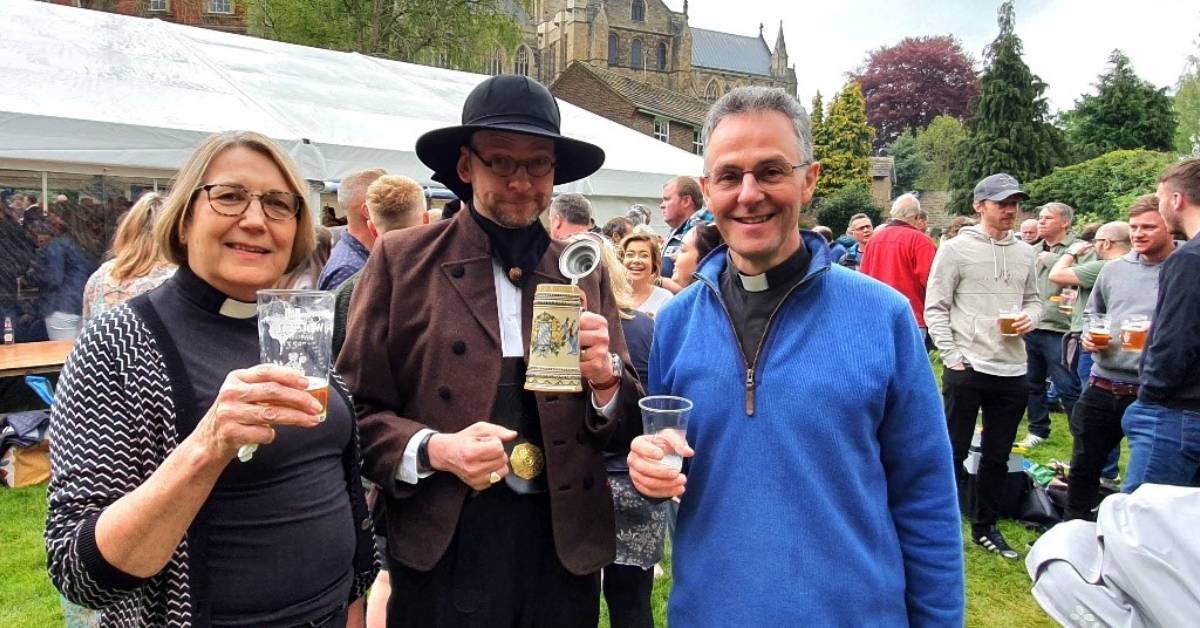 There was a sweet after-taste to Ripon Cathedral’s Beer Festival, as a tally up of takings showed it raised £18,000.

The event, held in the Dean of Ripon’s garden in the shadow of the city’s iconic cathedral, attracted a record 1,250 adults.

Their purchase of pints of craft ales, combined with tickets bought for the tombola, raised money that will help fund the music, heritage conservation and the education programme at the cathedral.

In this celebration 1,350th anniversary year, at the church founded by Wilfrid, the festivities will go on until October and there was plenty to toast and look forward to at the festival, making its return after two years of covid lockdowns. 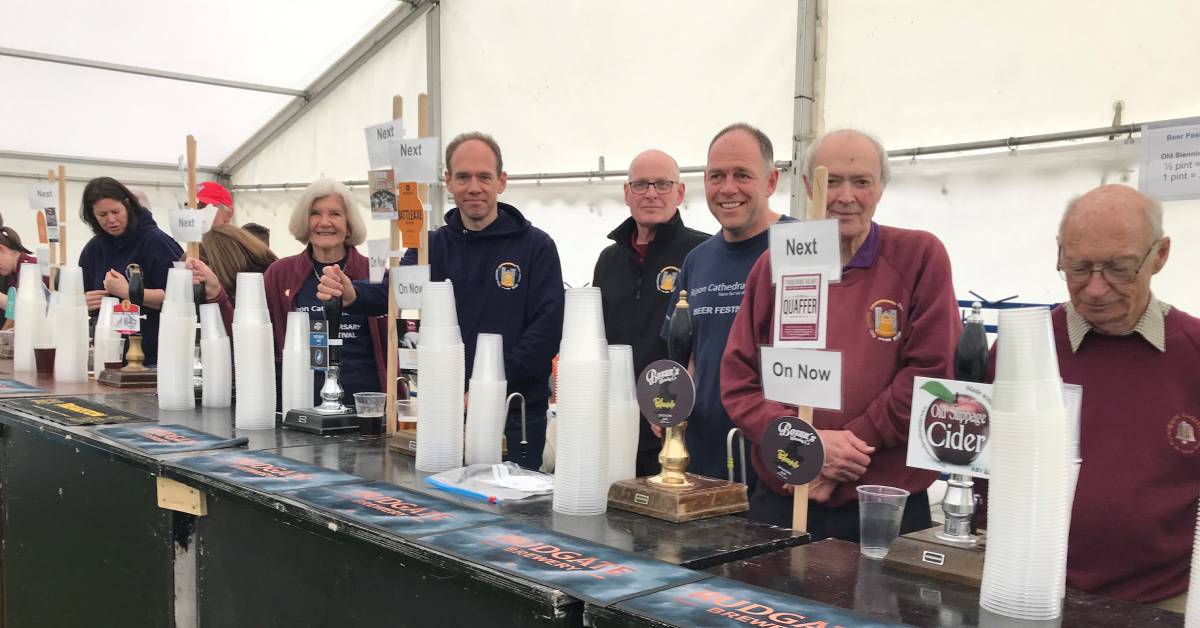 Ready to pull the pints – the bar team at the festival

Sponsored by Wolseley, the event saw 42 different craft ales on offer from brewers including Hambleton Ales, Roosters and Theakstons.

Visitors had musical entertainment provided by The Temps, Reef Hound and Jaspa, while children who attended with their parents, had a bouncy castle, tombola and Brick Box Yorkshire’s huge quantities of Lego to keep them occupied.

“It was lovely to be able to host this annual fundraising event again after being unable to do so since 2019, due to the pandemic.

“It was a fantastic success and our supporters showed just how loyal they are after a three year gap, many familiar faces joined us again! We have such incredible volunteers and staff who help to make the event possible, thank you to everyone who contributed.”

Wolseley was the main event sponsor and many other local Ripon businesses, advertised in the programme distributed at the event. There was also support from the cathedral’s business partners Brewin Dolphin and Raworths Solicitors.

Rick Jones, owner of Valentino’s Restaurant and the Water Rat gastro pub, once again was integral to the event and has supported the Cathedral since the first beer festival more than ten years ago.