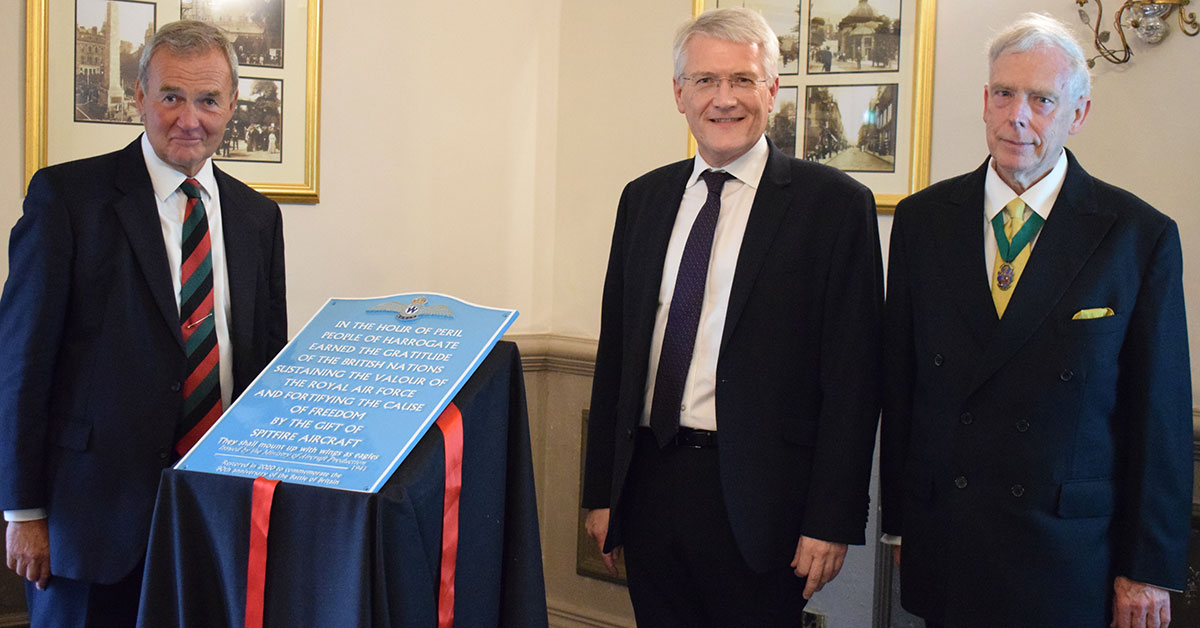 A plaque to commemorate how the people in Harrogate raised funds for Spitfires during the Second World War has been unveiled today.

A government campaign in 1941 asked communities to raise funds to build more Spitfires. The people of Harrogate managed to raise £7,000 in support of the Spitfire campaign and, alongside other communities, was awarded a plaque by the government.

Over time, the plaque deteriorated and was sadly lost. The Harrogate Civic Society, and individual donors, have lead the efforts to fund a replica plaque.

Local historian, Malcolm Neesam, will write for the Stray Ferret tomorrow morning about Harrogate’s contribution to the Spitfire campaign.

The new plaque will be mounted at the Crown Hotel, in Harrogate, on Monday. It was unveiled today by Lord Houghton of Richmond – former Chief of Defence Staff. 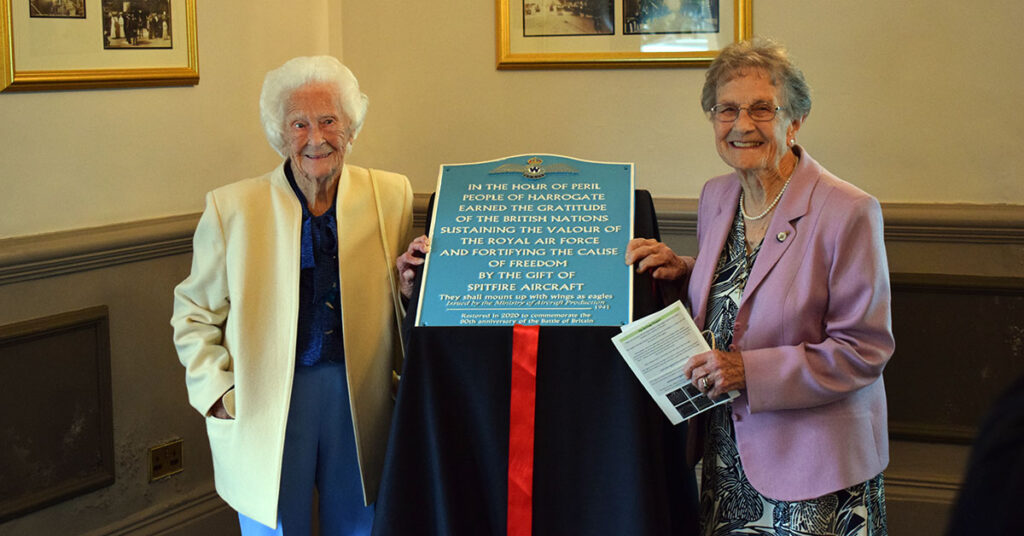 “I think it’s absolutely fantastic that we will have this on the 80th anniversary of the Battle of Britain. It reflects the way the people of Harrogate came together in this moment of national emergency and contributed so much money to help the war effort. It has been a powerful and fascinating unveiling of this plaque and I look forward to to seeing it go up into location on Monday.”

“The civic society are really proud to have been given the opportunity to have a new plaque I’m quite moved by the response of the donors, people have been so generous in putting the money forward. The Civic Society now have been responsible for 86 plaques in the town now. We are working towards bringing together the masses of information about the town onto our website, before we lose it.”