0 Items
Builder fined for burning demolition waste in Glasshouses
by 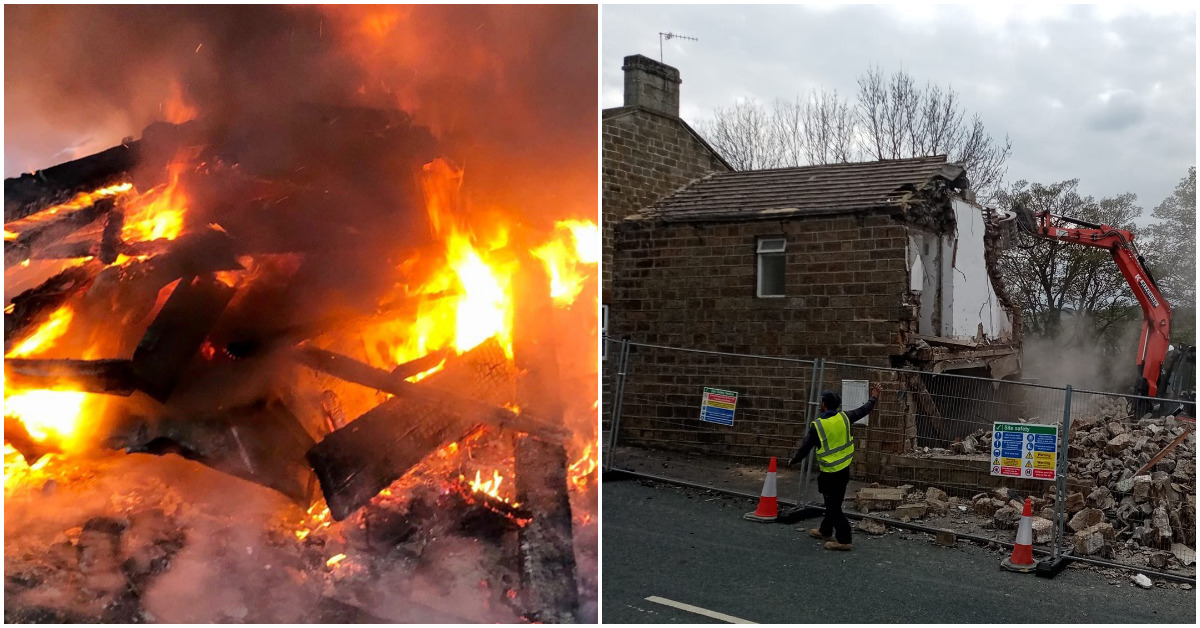 The fire on the night and a picture of the demolition work.

A builder has been fined more than £1,300 for burning demolition waste on land at Harewell Wood Cottage, Glasshouses.

Harrogate Borough Council visited the property on April 29 last year and witnessed remnants of a fire from the previous evening, which consisted of timber and some corrugated roofing sheets.

Philip Snow, 31, from Glasshouses had carried out demolition work – operating under PR Snow Services – at the former butchers in Summerbridge and then disposed of some of the waste on land owned by his parents, in order to burn it, rather than disposing of the waste at an authorised waste disposal site.

North Yorkshire Fire and Rescue had extinguished the fire at the property on the previous evening.

The blaze had been emitting dark smoke caused by the burning of timber, insulated sandwich panels and corrugated roofing sheets.

The fire sent large amounts of black smoke into the atmosphere, causing environmental pollution and potential harm to health.

This dark smoke caused by the burning of these materials is an offence under the Clean Air Act 1993 so Harrogate Borough Council took Mr Snow to court.

The Environment Agency provided a witness statement stating there was no environmental permit or exemption in place for the burning of waste on the land at the time of the incident.

Last month York Magistrate Court fined Snow, who pleaded guilty, £678 for the offence under section 2(1) of the Clean Air Act 1993 and ordered him to pay prosecution costs of £635.

“Mr Snow has shown a complete lack of awareness or consideration for the law, as well as the environment, by disposing of commercial waste in this way.

“I’d like to thank the concerned residents who raised the alarm, North Yorkshire Fire and Rescue Service for dealing with the fire swiftly and safely as well as the council officers.

“I hope this is a reminder to business owners that the illegal disposal of waste is a criminal offence and we will, with proper evidence, seek to prosecute the offender.”

Anyone employing an individual or business to remove waste from their property or business has a responsibility to ensure they dispose of it legitimately.

The easiest way to do this is to check they have a waste carriers licence (Upper Tier). This can be done on the Environment Agency’s website or by calling 0370 850 6506.

The council also advise asking for a receipt documenting the waste that was taken, by who and at what cost.

More information about fly-tipping is available on the council’s website.