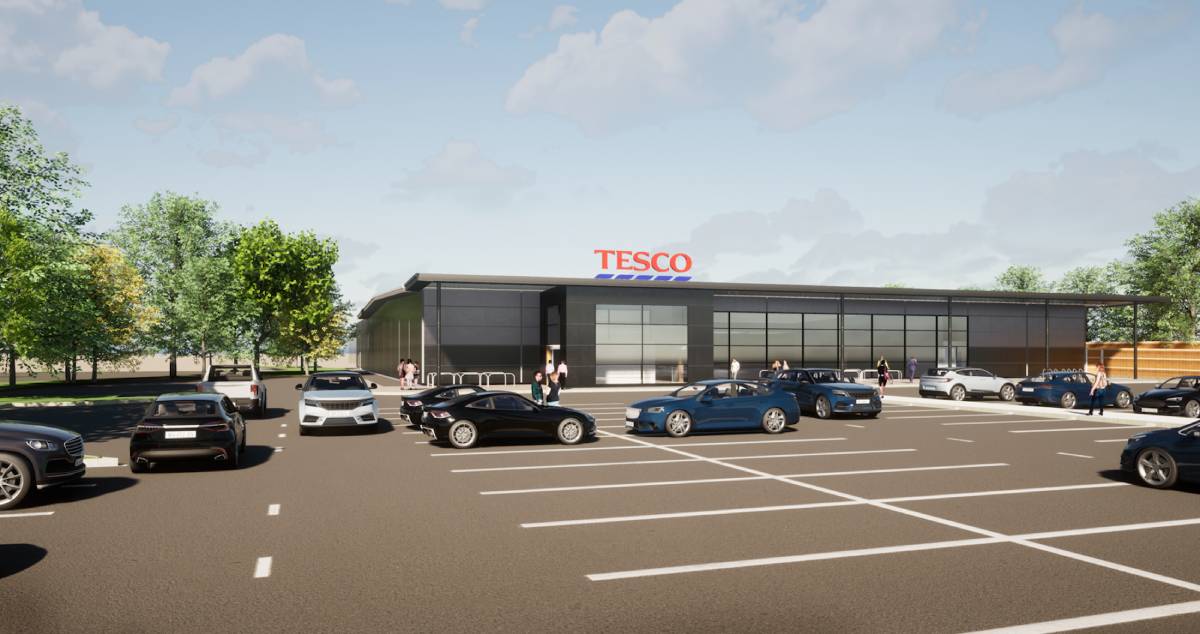 How the supermarket would look.

Tesco has revealed the results of a consultation it held for a planned new supermarket on Harrogate’s Skipton Road.

The supermarket giant has lodged proposals to Harrogate Borough Council for a new store, five years after pulling out of a similar development.

If given the go-ahead, it would be built on the former gasworks at New Park and would include a 38,795 square feet store and a petrol filling station.

Tesco held an online consultation about the plans last year and the results have now been released.

According to documents submitted by the company to the council, 187 people responded. Of those, 74% said they wanted to see the derelict site brought back into use.

A total of 62% said they supported proposals for a new Tesco supermarket at the site.

However, the consultation also saw people raise concerns about the development.

Sixteen respondents “expressed concern that providing access via a roundabout was inappropriate due to the existing roundabout at Skipton Road / Ripon Road”.

A total of 43 respondents also raised the issue of highways and traffic on the local area.

The issue of traffic has been raised by cycle groups, which have accused Tesco of “greenwashing” over claims about reduced car journeys.

Tesco has harboured ambitions for a new store in the town for almost 20 years. The retailer previously had plans approved in 2009, but pulled out after opposition from local traders.

Although many people have welcomed the prospect of a new supermarket in the north of Harrogate, some are concerned about the impact of extra traffic on what is already a busy area, plus access to the site.

However, the company has said in transport documents submitted to the council that the site would see fewer car journeys than under previous plans.

The document says that the store would attract a total of 908 fewer car journeys on a weekday peak time and 522 on a weekend compared with its previous application.

Tesco has said there are no “transport-related reasons” to turn the proposal down.

“This transport assessment has demonstrated that the development proposals will result in a decrease in the number of trips generated by the site compared to the extant permission for the A1 Tesco superstore.”