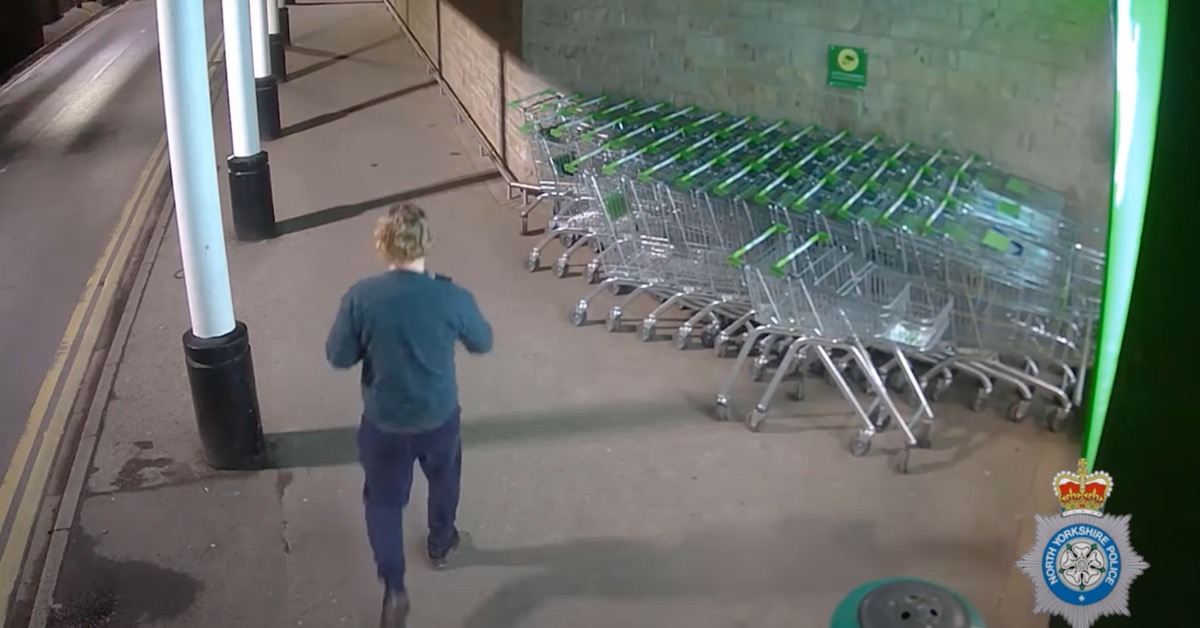 Ainsley was sentenced to life in prison yesterday for murdering Mr Wolsey, 48, on Mayfield Grove on March 5.

The three-minute clip, which can be played below, shows the 24-year-old going into Asda supermarket on Bower Road to purchase a set of kitchen knives with his own bank card.

He later goes outside the store to dispose of all but one of them before walking back to 38 Mayfield Grove where he stabbed Mr Wolsey multiple times.

At Leeds Crown Court last month, Ainsley pleaded not guilty to murder on the grounds of diminished responsibility but admitted manslaughter.

However, Mark McKone QC, prosecuting, said the CCTV footage demonstrated that Ainsley knew what he was doing and that the killing was premeditated.

“There can be no doubt that the defendant intended to kill Mark.

“The defendant knew exactly what he was doing and did it in a calm and calculated way.”

The defence’s case that Ainsley was suffering from a personality disorder which “impaired his ability to form a rational judgement” did not convince a jury.

He was convicted of murder on October 22 and sentenced to a minimum of 22 years in prison yesterday.

“I am pleased with today’s sentence and that the court previously agreed with the prosecution that this was clearly a case of murder, and nothing less.

“My thoughts remain with Mark’s mother, children and his wider family who have had to sit through the trial and listen to the horrific details of his death. Nothing can bring Mark back, but I hope that his loved ones can take some comfort in the knowledge that justice has now been done.”