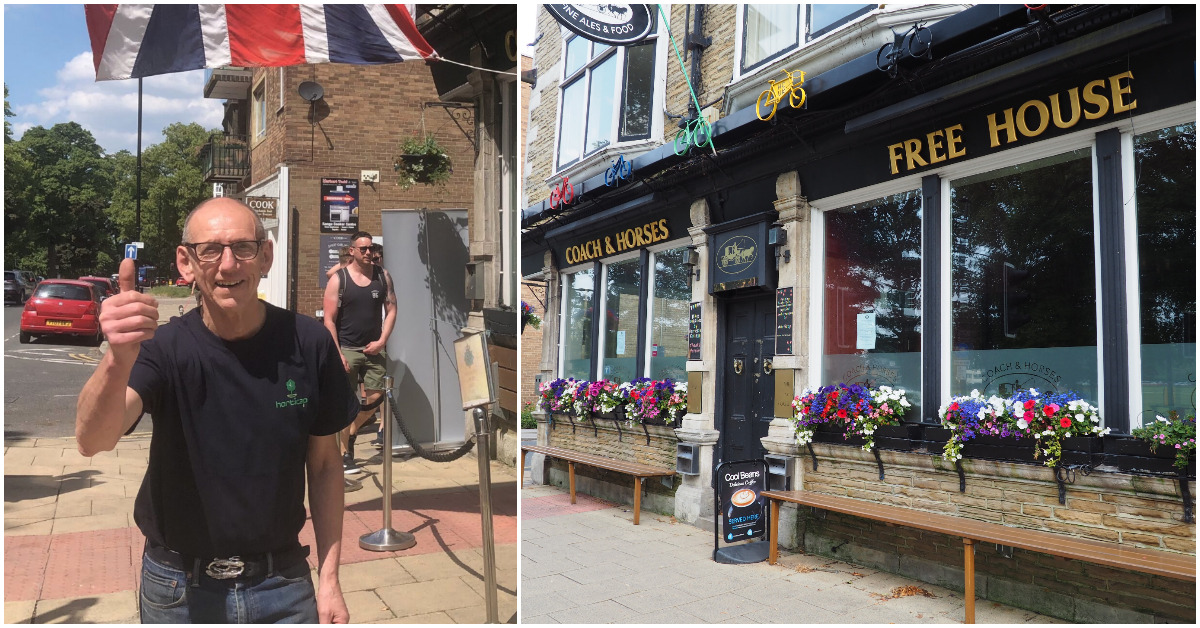 Landlord John Nelson at the Coach and Horses.

The Coach and Horses pub in Harrogate faces an uncertain future as its appeal against the decision to revoke its licence threatens to drag on.

Solicitors acting on behalf of landlord John Nelson sent the appeal to magistrates in early August.

No date or location for the hearing has been set and the situation may not change for several months as the courts struggle to deal with a backlog in cases.

Harrogate Justice Centre, which is likely to hear the appeal, told the Stray Ferret it did not currently have the capacity for any private prosecutions and did not know when this might change.

Harrogate Borough Council revoked the pub’s licence in July after it showed a “blatant disregard” for coronavirus social distancing rules.

Mr Nelson was allegedly “aggressive and abusive” towards council officials and the police when they served him a prohibition notice on May 31.

A total of 449 people signed a petition calling on the council to give Mr Nelson’s daughter, Samantha Nelson, the licence to run the pub.

At the licensing sub-committee where the council revoked the licence, Mr Nelson’s lawyer Paddy Whur said his client “accepted he made a chronic error of judgement”.

The Stray Ferret has approached the Coach and Horses several times to inquire about its future. We had still not received a reply by the time of publication.