0 Items
Commissioner Candidates questioned: the 101 call system “not fit for purpose”
by 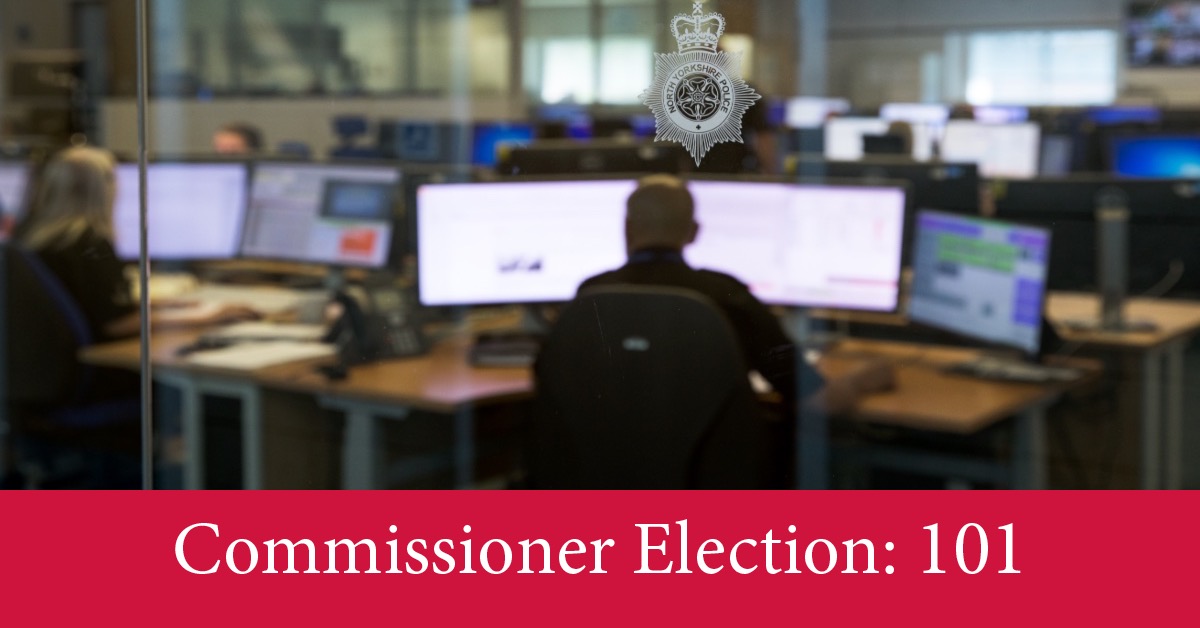 In the final of a series of articles on crime issues in the Harrogate district, candidates standing to be North Yorkshire Police, Fire and Crime Commissioner are questioned on how they will resolve problems with the 101 call system.

Candidates battling to be named North Yorkshire’s next Police, Fire and Crime Commissioner later this week have pledged to focus on tackling the persistent lengthy 101 call waiting times that have plagued the county’s police force for years.

All of the hopefuls seeking to represent more than 800,000 residents of York and North Yorkshire in holding the county’s police to account say they would launch a review of the service or look to introduce improvements.

The force’s 101 line has regularly struggled to meet demand since it was was introduced in 2011 as a national measure to ease demand on 999, which was being used as a default when people did not know the local non-emergency number.

After a wave of complaints over lengthy call waiting times and large proportions of callers hanging up, in 2015 the then commissioner, Julia Mulligan, issued a review of the 101 service.

After continuing issues in 2018 she announced a £3 million upgrade of the Force Control Room, the recruitment of 32 new full-time staff and new training and tutoring facilities, the cost of which was met by increasing residents’ council tax.

In September, ahead of making controversial comments about women’s safety and resigning, the previous commissioner Philip Allott was told by North Yorkshire County councillors the non-emergency line was “not fit for purpose and it hasn’t been fit for purpose for the last eight years” and that “the phone just doesn’t get answered”.

Asked about the how she intended to tackle the force’s 101 issue, Labour candidate Emma Scott-Spivey, said she intended to rebuild the frontline, which meant giving police and fire services “all the tools they need to keep us safe”.

“My parents were police officers, dedicated and hard-working public servants. I am a student paramedic working with emergency services day in day out. I know how important it is that our emergency services are properly resourced. Repairing the damage done by chronic government cuts is the biggest challenge the commissioner faces.”

Liberal Democrat James Barker said improving the 101 service would be a top priority as it was crucial in ensuring resources were deployed appropriately.

“I know that a digital channel has been opened so that incidents can be reported online, but I would want to look in detail at why there continue to be issues with the 101 service and what steps need to be taken to make it more reliable.”

Zoe Metcalfe, the Conservative candidate said she would use all the commissioner’s powers to get to grips with what is a “crucial” service.

She said the public money spent updating the service had not resolved the long telephone waits people experience/  If elected, Mrs Metcalfe pledged to “take a forensic look at what the issues are and work alongside the police to resolve them”.

“The supply of staff to answer the phone is simply too small. If we could reduce demand by encouraging other forms of reporting, such as the internet, that might work, but in principle really we just need more people to answer the calls. If elected I would review the operation of the 101 reporting system with a view to improving the service, looking particularly at recruitment.”

“I’ll be looking into this further and seeing how to best improve the service by speaking to the hard working staff who monitor the 101 phone line, as well as the residents who have experienced issues.”