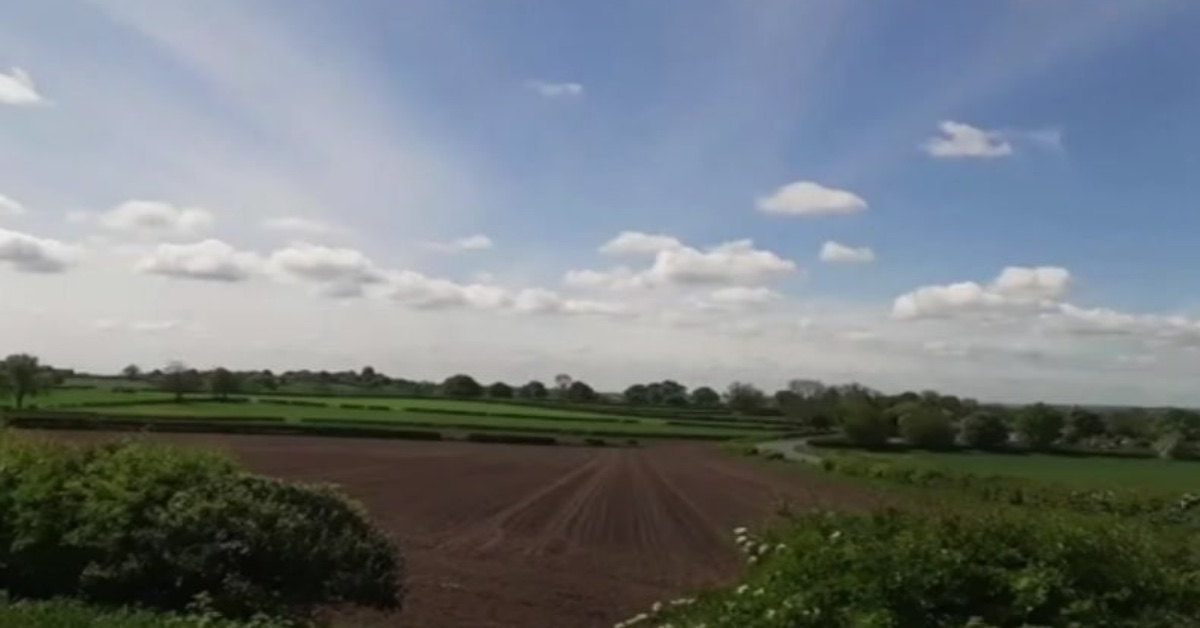 Developers wanting to build 260 homes in Boroughbridge have had their plans thrown out by councillors concerned that the houses would be “crammed in” together.

Barratt and David Wilson Homes already has outline approval as part of the first phase of a larger 450-home development at Stump Cross but was denied final permission at a meeting of Harrogate Borough Council’s planning committee yesterday (3 June).

The concerns from councillors were that too many terraced properties had been concentrated in a small area, and that residents would also not get enough garden or storage space.

Cllr Nigel Simms described the plans as “like a sink development from Lancashire, not something that we should be having in North Yorkshire”.

“We have got terraced properties with no access to the back for their own cycle storage, and we have got huge car parks in the middle of residential developments.

“All the layout is wrong to me and alien to what I would expect to see on the outskirts of Boroughbridge.”

“It looks like they have crammed as many houses in as possible.”

There were also concerns that no cycling and walking links to the town centre would mean busier roads, as well as worries over drainage and flooding at the site which was described as “like a river” during wet weather. 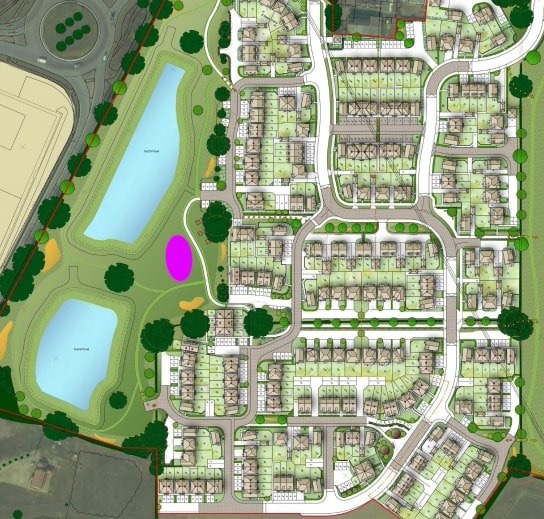 Site layout for the proposed 260 homes in Boroughbridge.

Cllr John Goss, a member of Boroughbridge Town Council, told the committee the site was prone to becoming waterlogged and that the town suffers with raw sewage spilling out of drains because of added pressure from the hundreds of new homes already built in the area.

“The current infrastructure for the sewerage and drainage is inadequate.

“When we have heavy rainfall the town suffers with sewage coming through street manholes, across the school playing field and into our local car park.”

“The site at Stump Cross floods very frequently. Many years ago we used to have the Aldborough Show in that field and it got so waterlogged that we had to move it elsewhere.

“We have absorbed around 1,000 new houses in and around the town of Boroughbridge and we would now like to call a halt to further development.”

Although flooding officials at North Yorkshire County Council did not previously object to the plans, they did conclude the site was at “high risk” of surface water flooding.

Yorkshire Water also did not raise any concerns at outline stage but did lodge an objection against the latest plans. It said an underground pipe that runs diagonally through the site would “seriously jeopardise” its ability to maintain the public water supply.

When yesterday’s decision of refusal was made, the council had yet to receive further representations from the water company but an agent for the developers did defend the plans.

Liam Tate, planning manager at Barratt and David Wilson Homes, said development of the site would in fact improve drainage and that Yorkshire Water had confirmed to them that there was enough capacity in the system to cope with added pressure.

“As part of this scheme, drainage, in particular surface water drainage, will be improved as at the moment there is no infrastructure in place to accommodate surface water other than limited field drains.”

Asking councillors to vote for approval, he added:

“The site is allocated by the council for residential development. It is fully compliant with national and local policy, and will deliver much-needed affordable housing.”

Councillors voted seven votes for and one against to reject the application on the grounds of design and layout.

The developers now have the options to appeal the decision or bring forward revised plans.

Councillors on the committee later rejected a proposal for up to 200 homes in Pannal Ash, which council officers had recommended for approval.