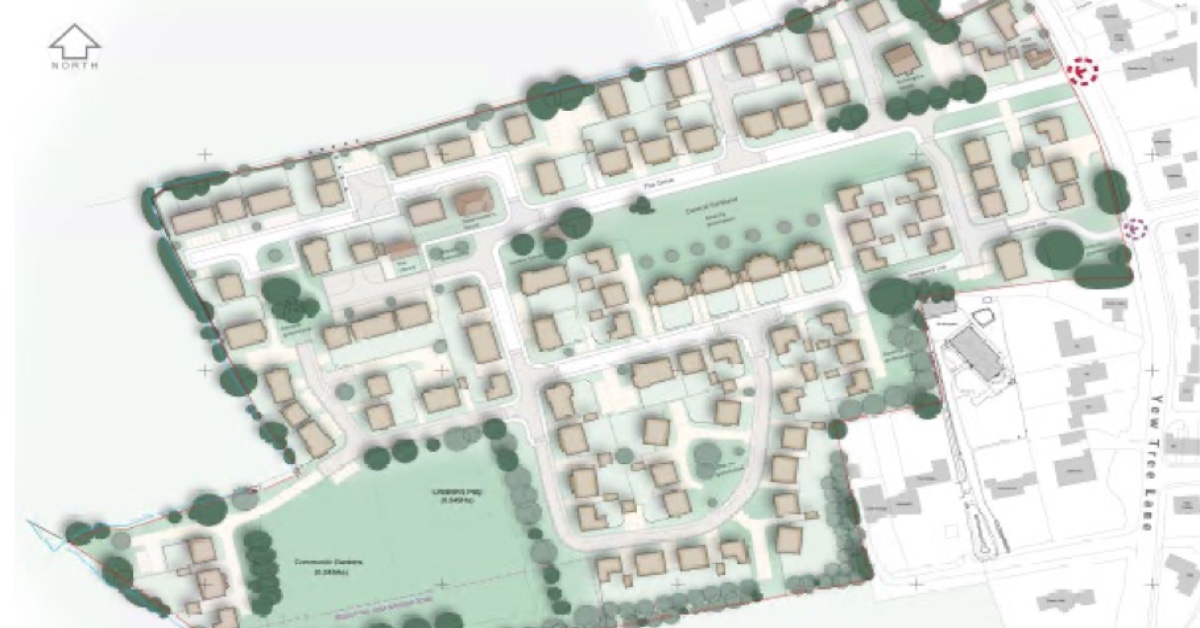 A decision on whether to allow controversial plans to build 200 homes in Pannal Ash has been deferred.

Harrogate Borough Council‘s planning committee yesterday voted against a recommendation to approve the development on the site of the former police training centre on Yew Tree Lane.

Homes England, the government housing agency, already has permission to build 161 homes on the site.

But it now wants to increase this by 23 per cent to 200 homes by building on a sports pitch.

Councillors voted by four votes to two against the recommendation to approve the scheme, with one abstention.

They then voted by four to three in favour of deferring a decision pending the creation of the council’s parameters plan, which will assess transport and infrastructure needs associated with wider plans to build up to 4,000 homes on the western side of Harrogate.

The parameters plan was expected last year but has been delayed and councillors heard it could take years to be finalised.

John Mann, chair of the planning committee, said he agreed with the principle of planning on the site but the uplift in houses and the loss of sports facilities meant the application was now “too dense”. He added:

“It is not a good idea to remove children’s playing fields especially as we hear reports that many young people have been badly affected by being cooped up during lockdown.

“Perhaps the last thing we need at the moment is the removal of outdoor space for them to play in.

A statement read on behalf of Pannal and Burn Bridge Parish Council said the parameters plans was essential before making a decision. It added:

“To date there is no information on any infrastructure to cater for the 4,000 houses to be built on western arc of Harrogate

“Our request is for deferment until everyone knows what the parameters plan reveals.”

Nick Viles, chairman of Pannal Sports Junior Football Club said it had “serious concerns about the loss of pitches for community use”, which he said went against the ethos of the club.

But Homes England’s planning consultant said the application was compliant with Local Plan policy and, through section 106 infrastructure payments, would invest in ‘much needed sports facilities’ elsewhere.

He added it was a “viable and deliverable scheme” which, if approved, would begin next year.

But the final vote means the future of the development is now uncertain.

Harlow and Pannal Ash Residents Association tweeted after the meeting:

“We now hope this will accelerate the development of the parameters plan to allow for considered consideration of suitable infrastructure needed.”