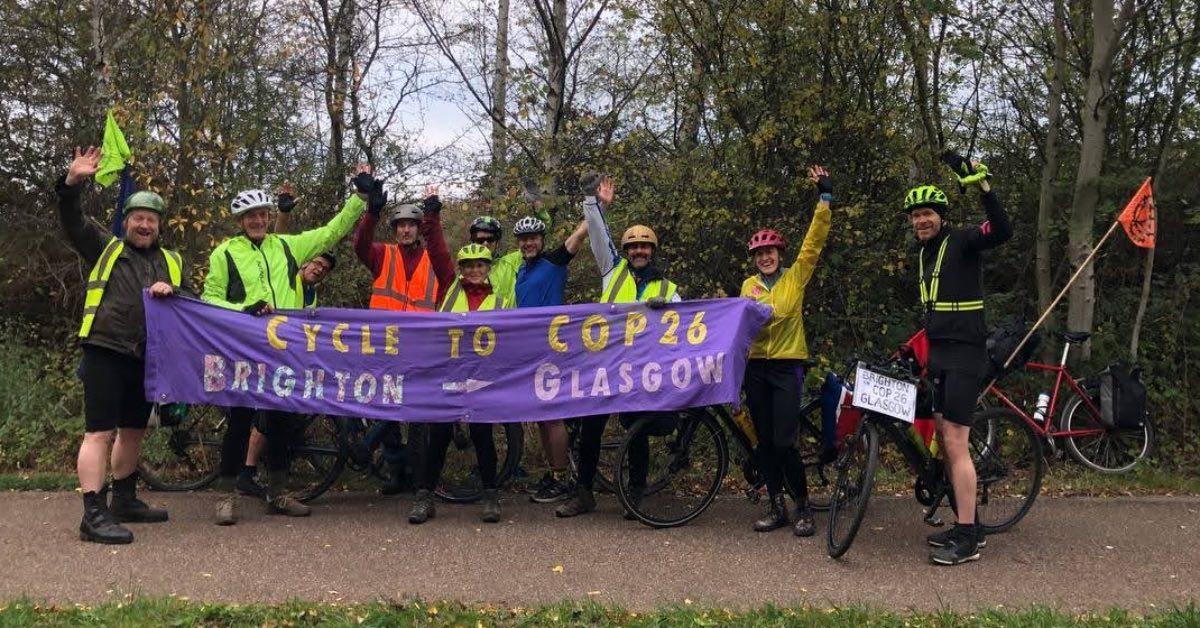 The cyclists reach their halfway point to Glasgow.

Nine cyclists arrived in Harrogate last night on the fifth day of their tour from Brighton to Glasgow for the UN climate change conference Cop26.

The cyclists are travelling across the UK ahead of Cop26 to talk to people about what they can do to go green.

The group set off from Loughborough yesterday morning and made it to Harrogate by 5.30pm.

One of the cyclists, Sophie Gordon, said the aim was to make people aware of the small changes they can make that have a big impact.

Travelling with banners and flags, the cyclists have been stopped by people wanting to discuss projects, such as planting trees or driving electric vehicles.

“We all felt a bit helpless about the environmental crisis and everything we could see going on around us and we knew we couldn’t miss COP26 since it was so close in Glasgow.

“We just want to inspire people to get involved and make it happen.”

Last night the group went the The Old Bell, in Harrogate, to host a quiz and talk to people to find out their concerns and see what can be done to tackle them.

Ms Gordon is as an avid cyclist who works for a cycling charity and said she hoped the government would invest more in cycling infrastructure across the UK to combat vehicle emissions.