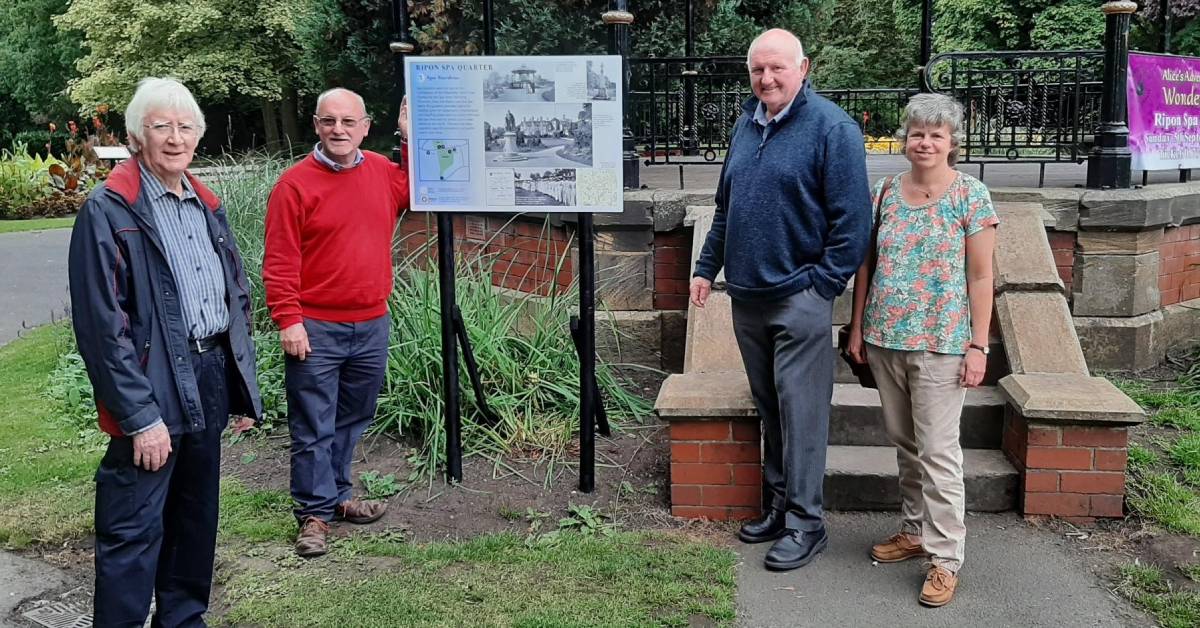 An exhibition organised by Ripon Civic Society (RCS) emphasises the importance of the Spa Quarter to the city’s heritage and future regeneration.

The outdoor display panels at Spa Baths, the adjacent gardens, Spa Park and close to the Spa Hotel, will remain in place for the rest of the summer.

Richard Taylor, vice-chair of RCS, told the Stray Ferret that the panels are:

“Designed to spark interest in this important area of Ripon at a time of change in store for the Spa Baths and Spa Hotel.”

The baths , a Grade II listed building, were put up for sale by Harrogate Borough Council in February and are being marketed by property agents Sanderson Weatherall.

In June, after being closed for 16 months since the first covid lockdown, the 40-bedroom Spa Hotel was sold by the Hutchinson family to The Inn Collection Group, which has plans to refurbish and reopen. 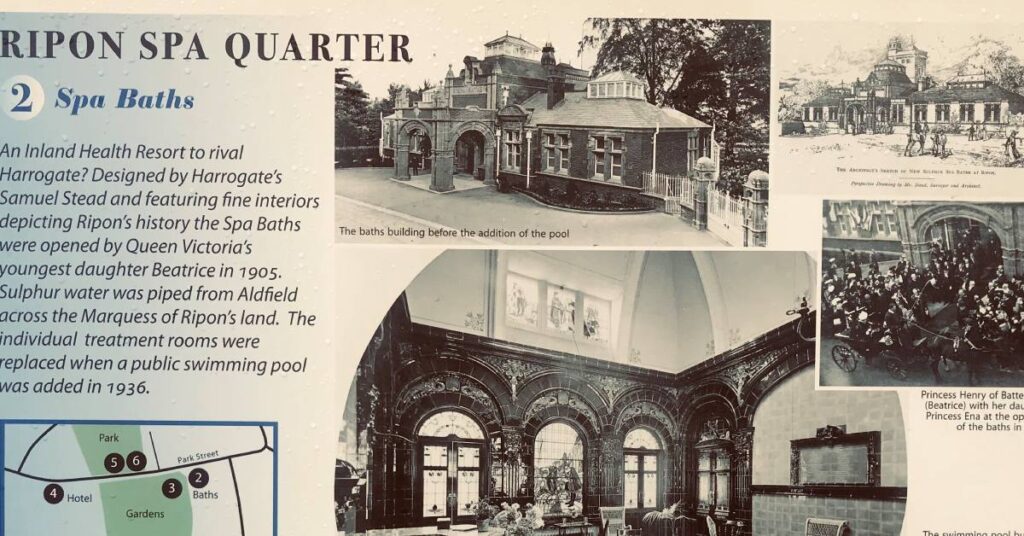 At the time of its royal opening in 1905, the ornate spa building, was launched as a health resort.

However, its attempt to rival Harrogate’s famous spa facilities, did not materialise and it was converted to a public swimming pool in 1936.

With Ripon’s new £10million plus pool and refurbished leisure centre, scheduled by HBC to open within three months, the future use of the Edwardian Spa building remains in doubt.

At the time that Sanderson Weatherall’s sale boards went up, RCS pointed out that the Ripon Neighbourhood Plan identified the baths as ‘an important and accessible location for Ripon’s NHS facilities.’

The Stray Ferret understands that the NHS has no interest in the site. Ripon City Council has subsequently applied to HBC to have the spa building designated as an asset of community value. 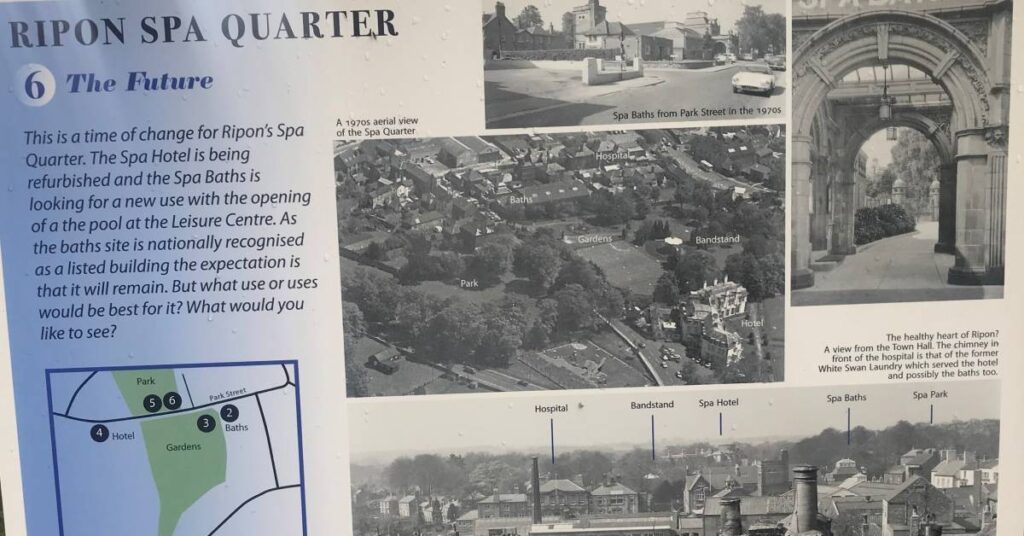 The final panel in the display, raises the question ‘what does the future hold?’

The sixth panel in the society’s Spa Quarter sequence, says:

“As the baths site is nationally recognised as a listed building, the expectation is that it will remain.

“But what use or uses would be best for it?”