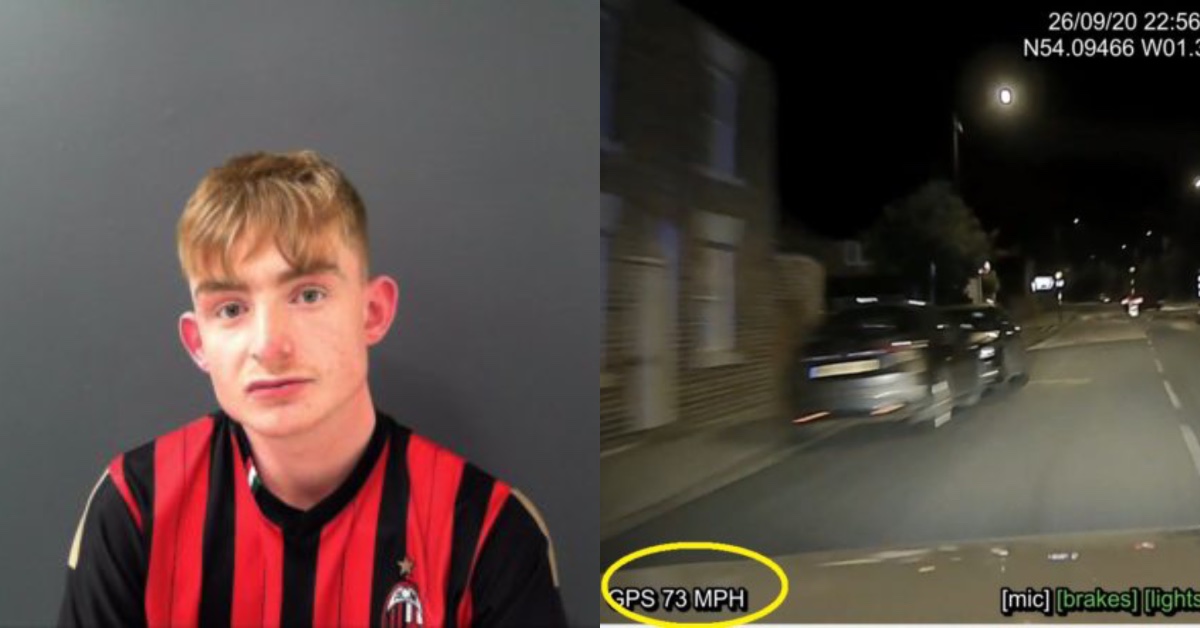 William Geoffrey Mann, 22, was jailed for eight months and banned from driving for a year.

A drug driver has been jailed after speeding through villages in the Harrogate district at more than 130 miles per hour while trying to evade police.

William Geoffrey Mann, 22, was found to have used cocaine and was several times over the limit when arrested in September last year.

He reached speeds of up to 137 miles per hour while trying to evade officers on rural roads.

Mann failed to stop in Kirk Deighton near Wetherby before speeding through Hunsingore, Cattal, Whixley, Aldborough, Boroughbridge and Bishop Monkton.

North Yorkshire Police pursued Mann through the villages around Wetherby and Boroughbridge, where he reached 90 miles per hour in a Mercedes.

Officers closed in on him in Burton Leonard, where Mann crashed into an unmarked police car and was arrested.

Mann, a delivery worker from Wetherby, was taken into custody and charged with drug driving, dangerous driving and failing to stop.

He pleaded guilty and was jailed for eight months at York Crown Court today. He was also banned from driving for a year and will have to take an extended retest.

Sergeant Julian Pearson, of the force’s Roads Policing Group, captured the pursuit on his police in-car video system and led the investigation against Mann.

“Mann made a conscious decision to fail to stop for the police, his judgment clouded by his recent drug usage. This, combined with dangerous high speed driving, is a lethal combination.

“This was a prolonged, determined and dangerous attempt to evade capture for drug driving, putting himself, his passengers, other road users and the police at serious risk.”

“When a vehicle is requested to stop and the driver refuses, the police have no idea why. It could be for a multitude of reasons and in Mann’s case it was for drug driving. Had he stopped then he would have been dealt for that offence and most likely not in prison as he is today.

“We make absolutely no apologies for catching drivers like Mann  – we regularly see the carnage and heartbreak they cause innocent people. So I’m glad the courts have taken another dangerous driver off our roads and have protected our communities.”