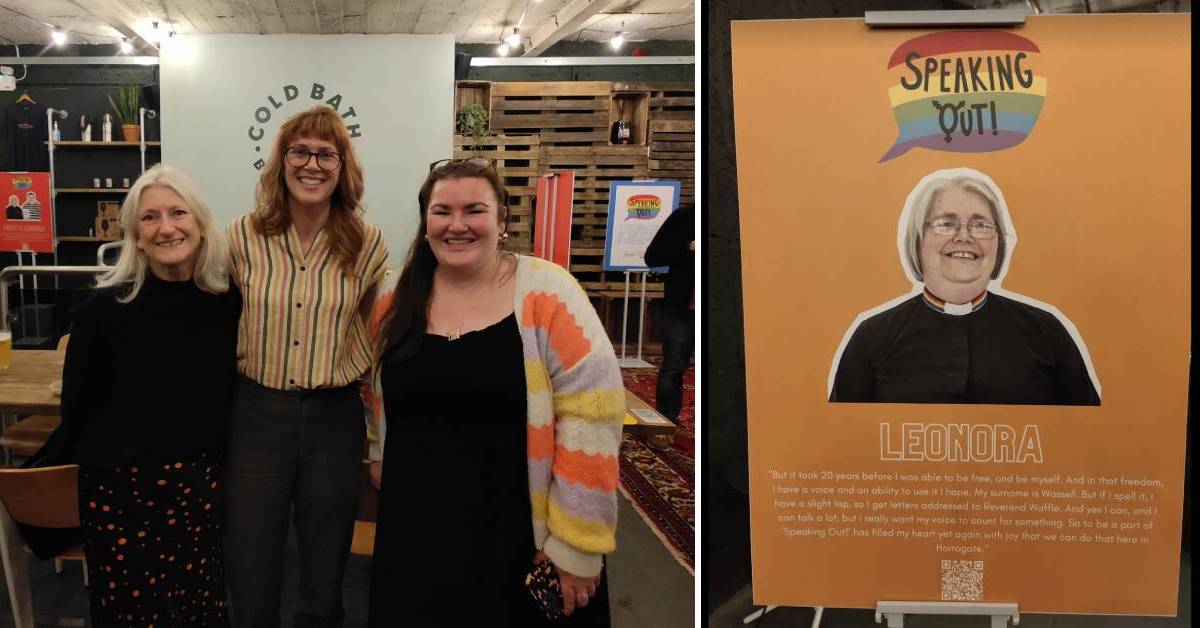 Pride in Diversity launched its Speaking Out exhibition last night, which gives a voice to Harrogate’s LGBTQ+ community.

The project has been in the works since 2019 and includes oral history recordings, loaned objects and photographs.

But rather than presenting the exhibition in the form of a sterile gallery, it has been designed to raise awareness, challenge stereotypes and start conversations. The displays include a QR code that can be scanned with a smartphone to listen to human voices.

Pride in Diversity’s chair Leonora Wassell was delighted to see the exhibition, which had to be paused due to covid, finally launch at Cold Bath Brewing Co on Kings Road. It will move between locations in Harrogate,

“We are speaking out about who we are.

“People who commit hate crimes are bullies and cowards. That’s why we’ve come out with these stories. We disempower them. If we stand together our bullies go away.” 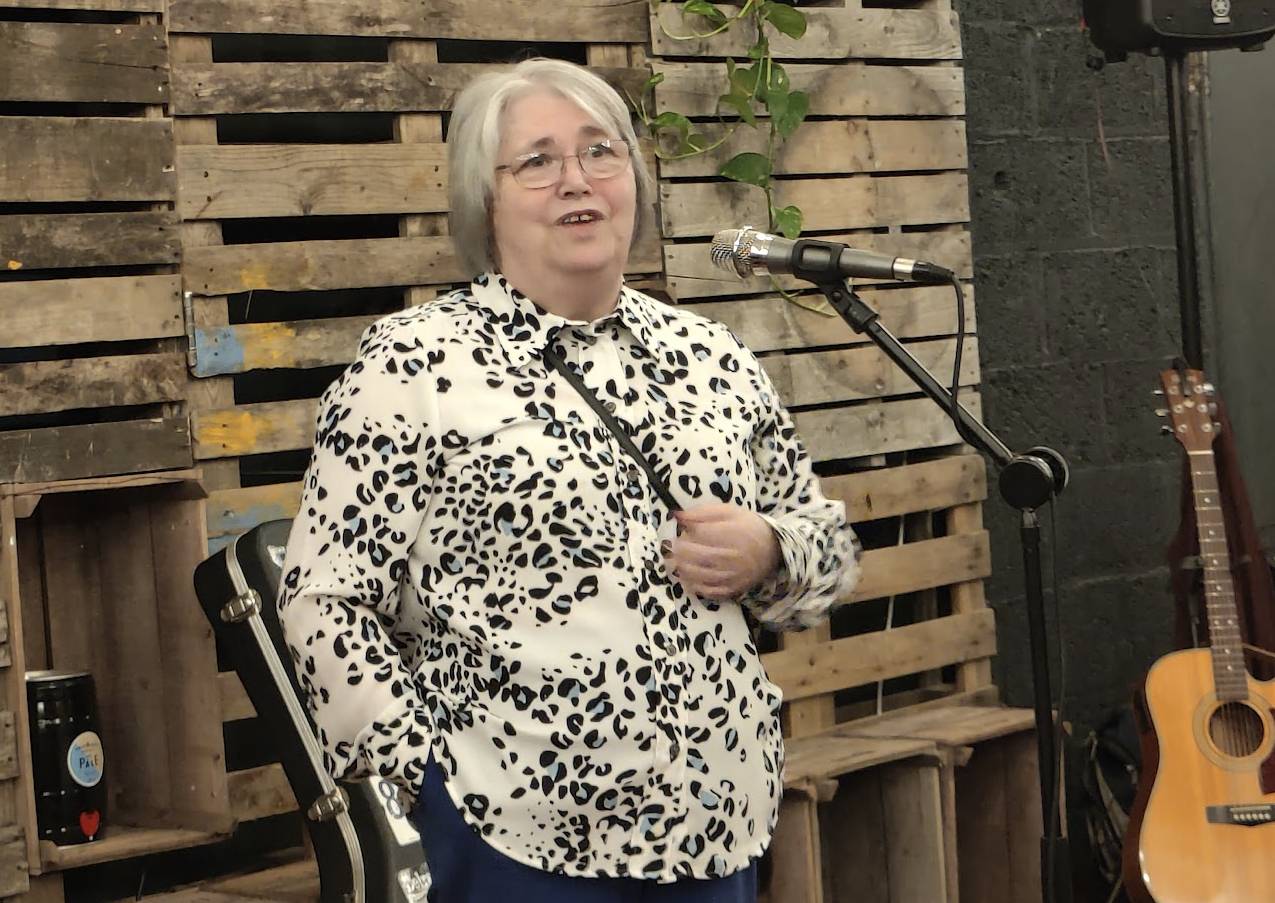 Harrogate Museums is a partner on the project. Karen Southworth, a curator at the museum, said it was important to document the voices of a community that has been marginalised in Harrogate.

The museum is in the Royal Pump Rooms and is operated by Harrogate Borough Council.

“These stories were completely absent in the museum. But we’re now living through a revolution for representation.” 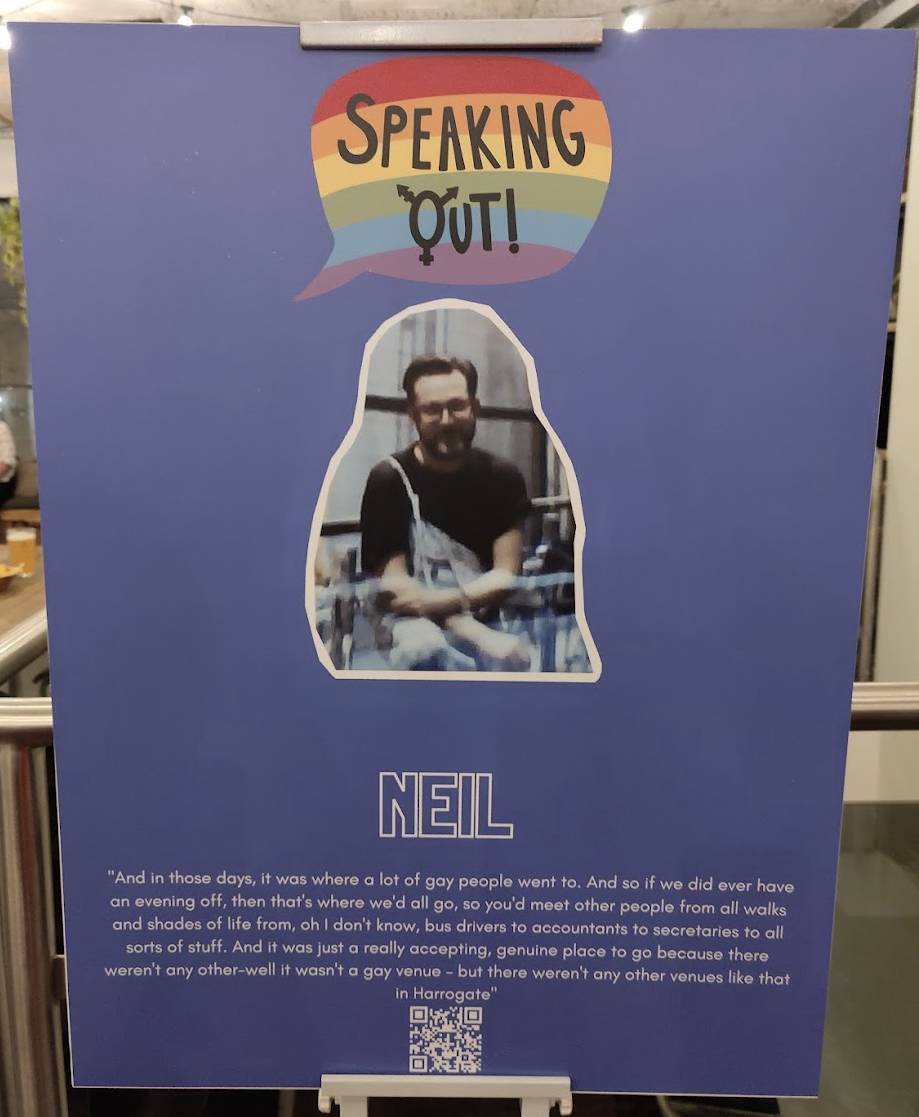 “We have supported the LGBT community since the start. We are out there for our community and we are proud to be here.” 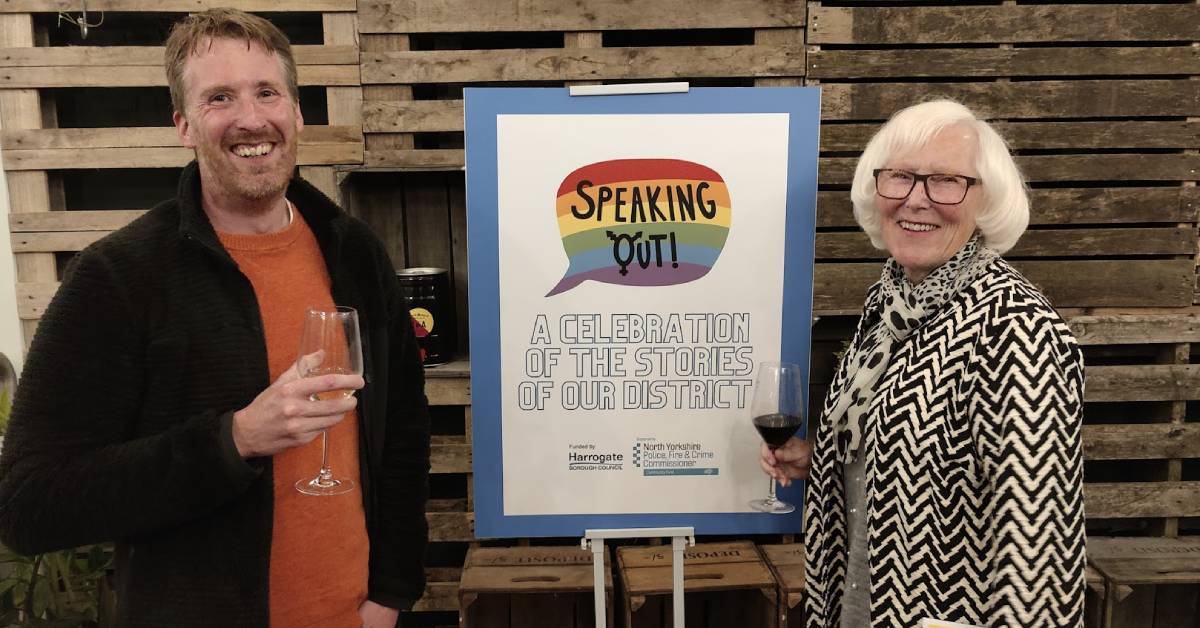 The exhibition will go on display in the Victoria Shopping Centre from Friday for one week before it moves to Harrogate Library and then Geek Retreat on Oxford Street.

If you’d like the exhibition to be featured in your space, email [email protected]