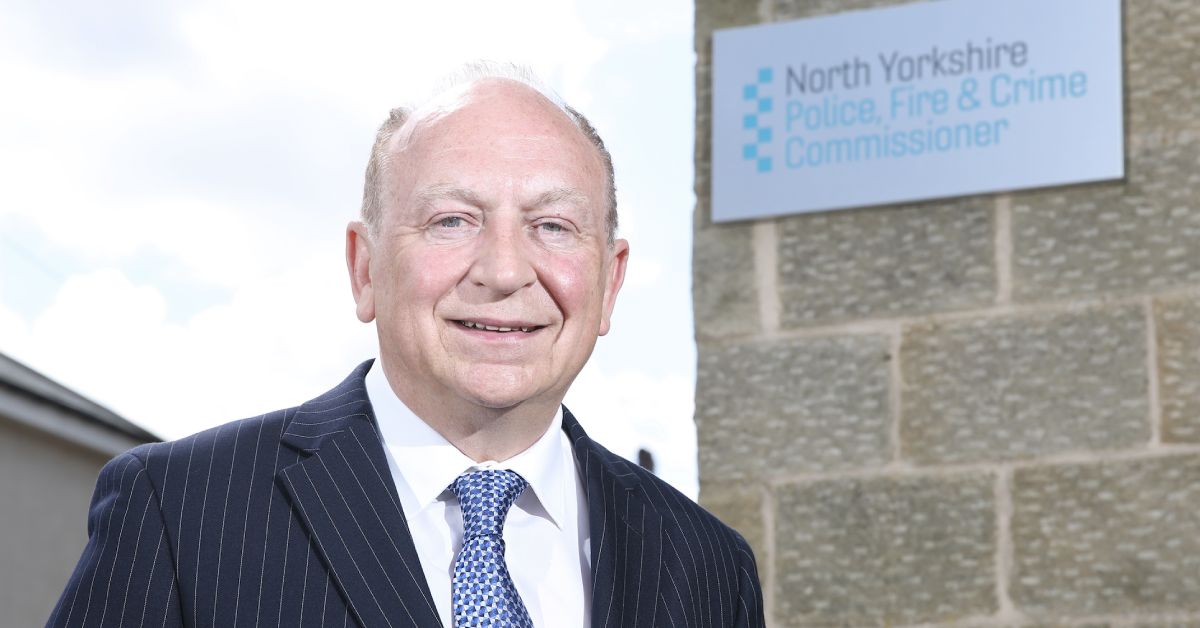 Harrogate LGBTQ+ non-profit organisation Pride in Diversity has withdrawn an invitation to North Yorkshire Police, Fire and Crime Commissioner Philip Allott to the launch of an art event next week.

Mr Allott was due to attend a Speaking Out exhibition at Cold Bath Brewing Co on King’s Road on Monday evening. The exhibition explores the experiences of Harrogate’s LGBTQ+ community through oral history recordings, objects and photographs.

But following Mr Allott’s comments on BBC Radio York about the kidnap, rape and murder of Sarah Everard by a serving Met Police officer, Leonora Wassell, chair of Pride in Diversity, told the Stray Ferret she has asked him to stay away from the event.

In the interview, Mr Allott said women “need to be streetwise” and that Ms Everard “never should have submitted” to arrest. He has since apologised.

Ms Wassell said she was “disappointed and appalled” by his comments.

“Pride in Diversity has valued the work of the North Yorkshire Police and the Office of the Police, Fire and Crime Commissioner and are grateful for the funding towards our Speaking Out project from the office.

“We have worked hard to foster a good working relationship and wish to acknowledge the tireless work of NYP to break down barriers and work within marginalised communities.

“However, the recent comments by Mr Allott has left us both disappointed and appalled at the attitude expressed by him. Despite him retracting his statement we believe untold damage has been done to this hard work.

“We remain committed to working closely with NYP and the Office of the Police, Fire and Crime Commissioner but feel unable to work with Mr Allott.”

The Harrogate & District Law Society committee’s also released a statement this morning that said trust in Mr Allott has been “irretrievably lost” and he should resign.

Yesterday Harrogate District Chamber of Commerce revealed it has withdrawn an invitation for the Conservative commissioner to speak at its November meeting.

North Yorkshire police, fire and crime panel, which holds the commissioner to account, is due to meet on Thursday next week and Mr Allott’s comments will be on the agenda. The meeting will begin at 10.30am and will be available to watch online via North Yorkshire County Council’s website.

A report reveals the panel has had 90 complaints from members of the public about Mr Allott’s BBC interview.

“[He needs to] think about what is best for the organisation he leads and best for the safety of women and girls.”