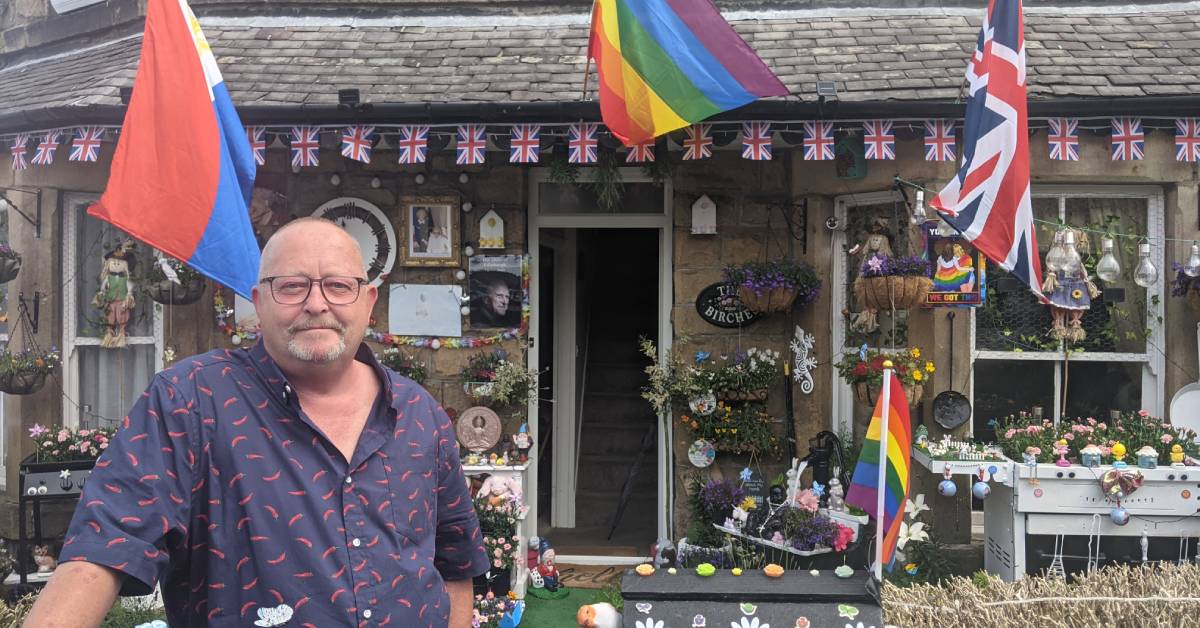 Paul Iveson in his garden on Mayfield Grove

Mr Ivison’s loud and proud garden may be small but it is hard to miss as you walk up Mayfield Grove to where it meets Mayfield Terrace, just a short walk from the town centre.

He designs a themed garden each year and this year he has gone with for mental health.

On the wall outside the garden are messages and advice for people on how to cope with mental health problems and who to contact if they need help.

As well as a wide array of plants and flowers his garden is also interspersed with and eclectic and colourful range of items including the Philippines flag, to represent his partner, photos of the Queen and Prince Philip, fairies, gnomes and bowling pins.

Mr Ivison, 61, took an overdose to end his life in January and the garden has given him the strength to carry on. He said:

“If it wasn’t for this garden, I wouldn’t be here.”

“It’s been a tough time but the garden clears my mind.” 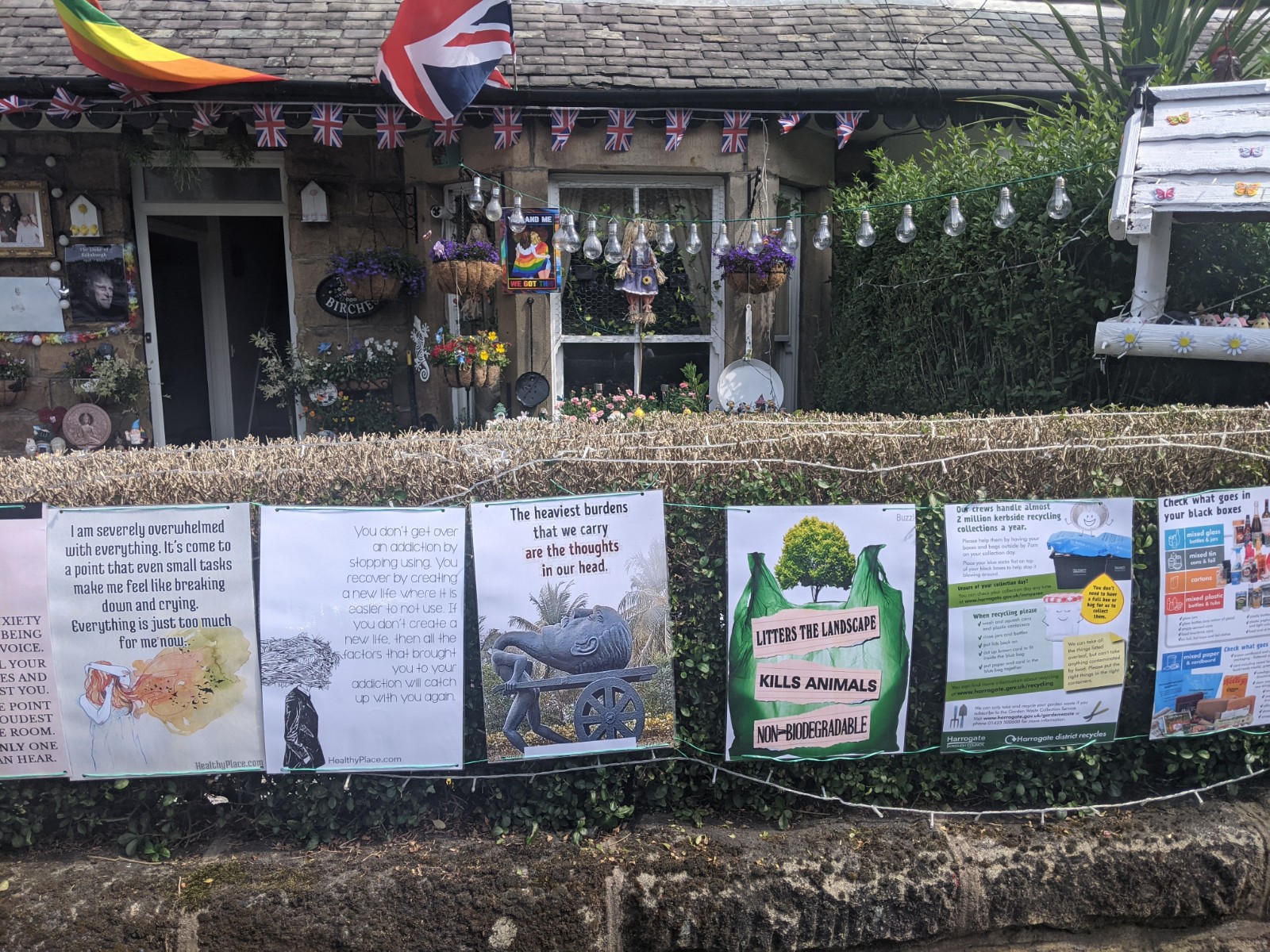 Mr Ivison was in the Royal Navy during the late 1970s and early 1980s and recently began suffering from Post Traumatic Stress Disorder due to what he witnessed.

He works part-time at Asda in Harrogate and also receives Personal Independence Payment for people with a disability.

After a review in January, the money he was entitled to was drastically cut which led to financial worries and a risk that he would lose his beloved home and garden. This led to his suicide attempt.

After providing more evidence, and support from Harrogate and Knaresborough Conservative MP Andrew Jones, he had his full entitlement reinstated.

Mr Ivison is critical of the Department for Work and Pensions and said PIP reviews  were responsible for dozens of suicides. He hopes his garden will highlight what he believes are the government’s shortcomings in tackling mental health and its approach to benefits.

Mr Ivison, who has lived in the house for 15 years, said 95% of the objects in the garden have been recycled.

He enjoys sitting outside with a coffee and a cigarette watching the world go by while speaking to neighbours. One woman who lives nearby called in during the Stray Ferret’s visit to say the garden has helped with her own mental health. 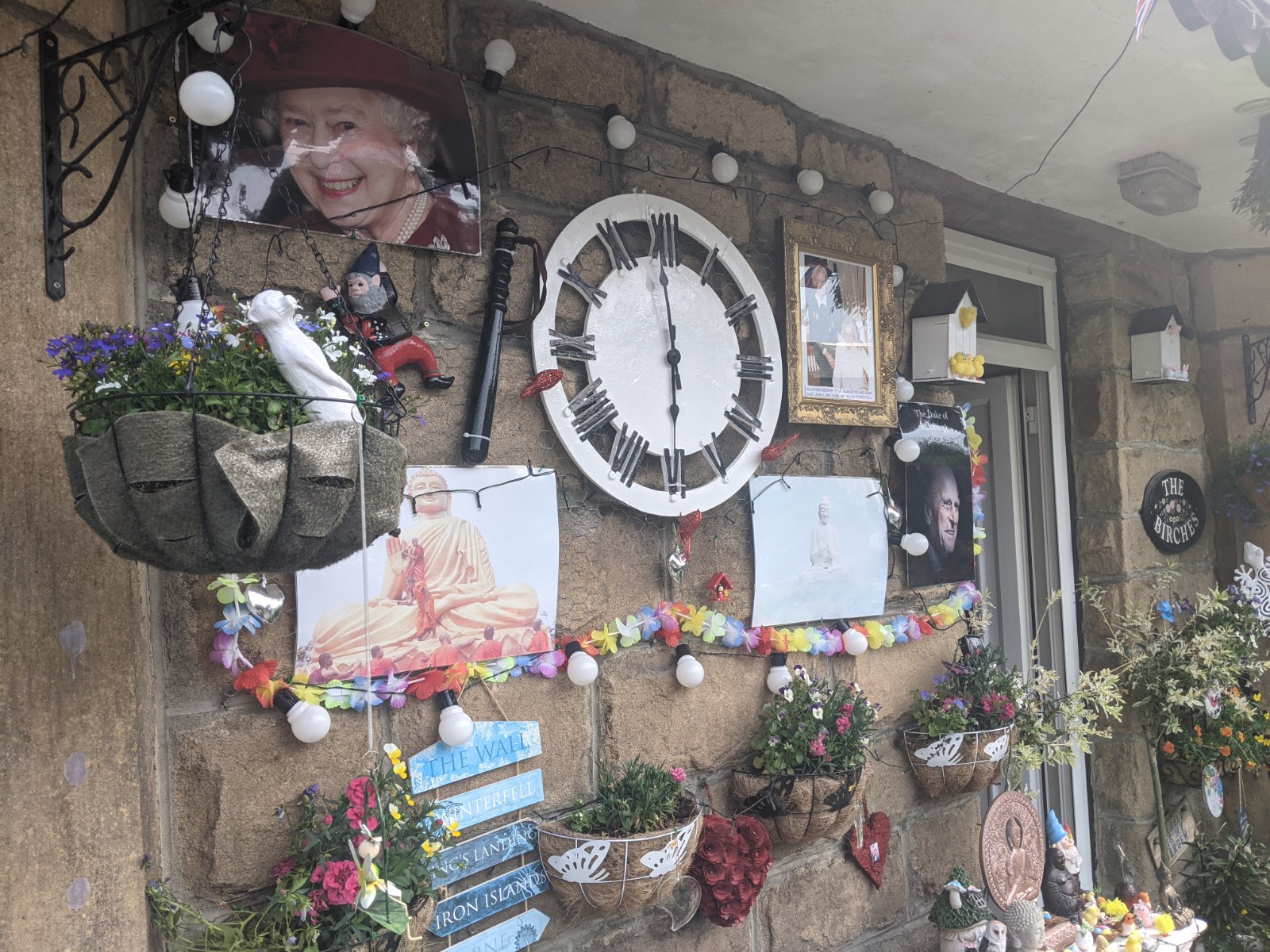 “I’ve had some amazing comments. It brightens up their day.”

His garden is open to anyone who wants to visit.

“A lot of people say — pull yourself together, or exercise — but it’s not as easy as that. We all have friends who suffer. The best thing you can do is listen.”

He’s already thinking about next year and said he has decided on a new theme for the garden.

“Next year it will be a Pride garden. It will be camp as hell!” 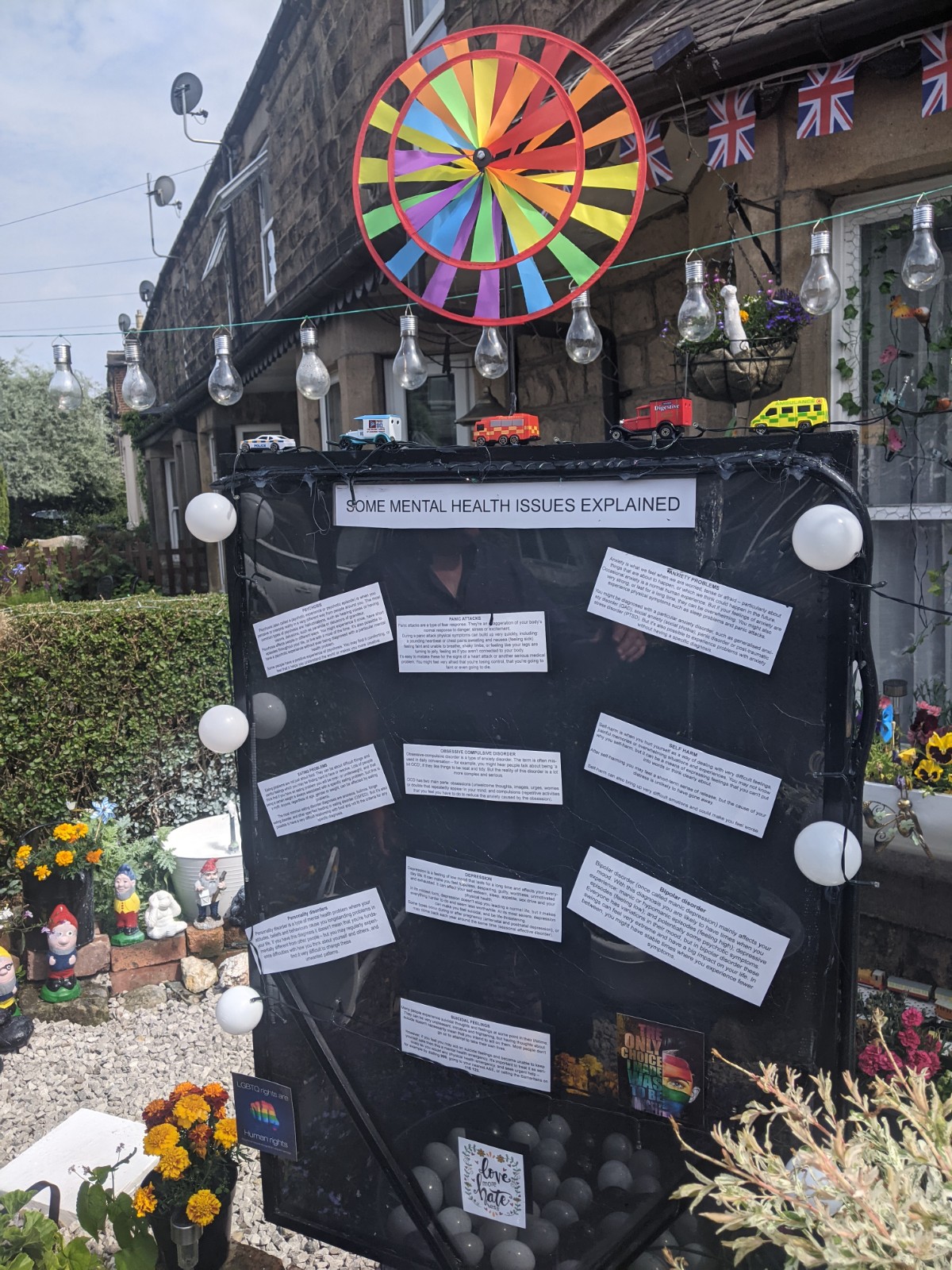