A family of ducks have made themselves at home waddling through the corridors of a Ripley primary school.

The mother duck and her four ducklings were first spotted by staff at Ripley Endowed C of E Primary School earlier this week.

The animal family is thought to have nested in the school garden over half-term.

The staff expected them to have made their way down to the river but instead they have made themselves at home; wandering the corridors and hanging out in the playground. 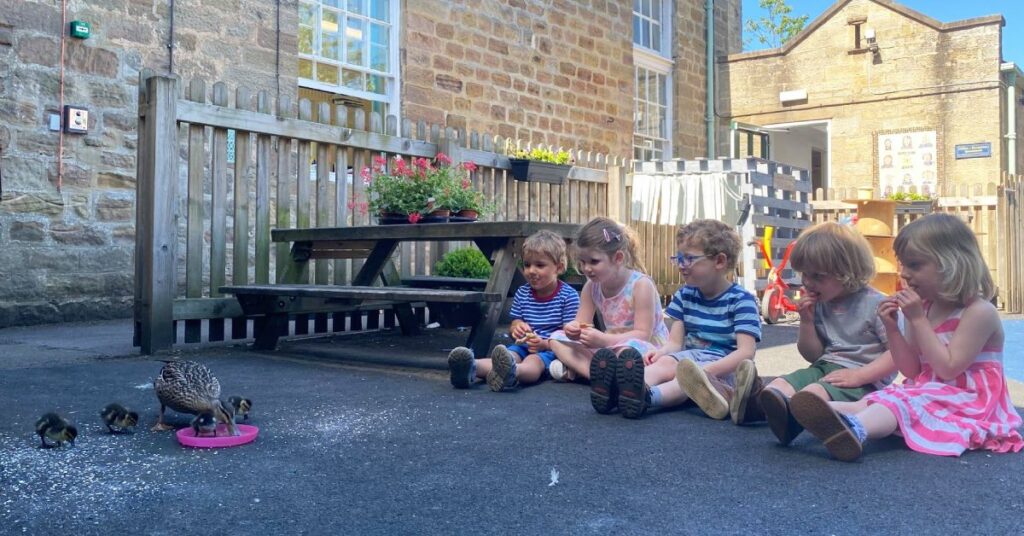 The children have enjoyed getting to know their new classmates. Photograph: Ripley Endowed Primary School, Facebook

“They clearly feel very at home here. They are totally un-phased having to share the playground and gardens with the children, they have even been venturing into the classrooms and today shared snack time in the sun with our pre-school children.”

The children have been learning about ducks since they arrived and four has become the youngest class’s number of the week.

The school is not unfamiliar to sharing its space with other birds. A family of Swallows regularly return to nest above a classroom door.

The primary school’s classes are already named after bird species such as Swallows and Starlings. But thanks to their newest members the school’s new pre-school class will go by the name ‘Ducklings’.

Back in April, the school opened its pre-school following the closure of the nearby nursery, Smarties.