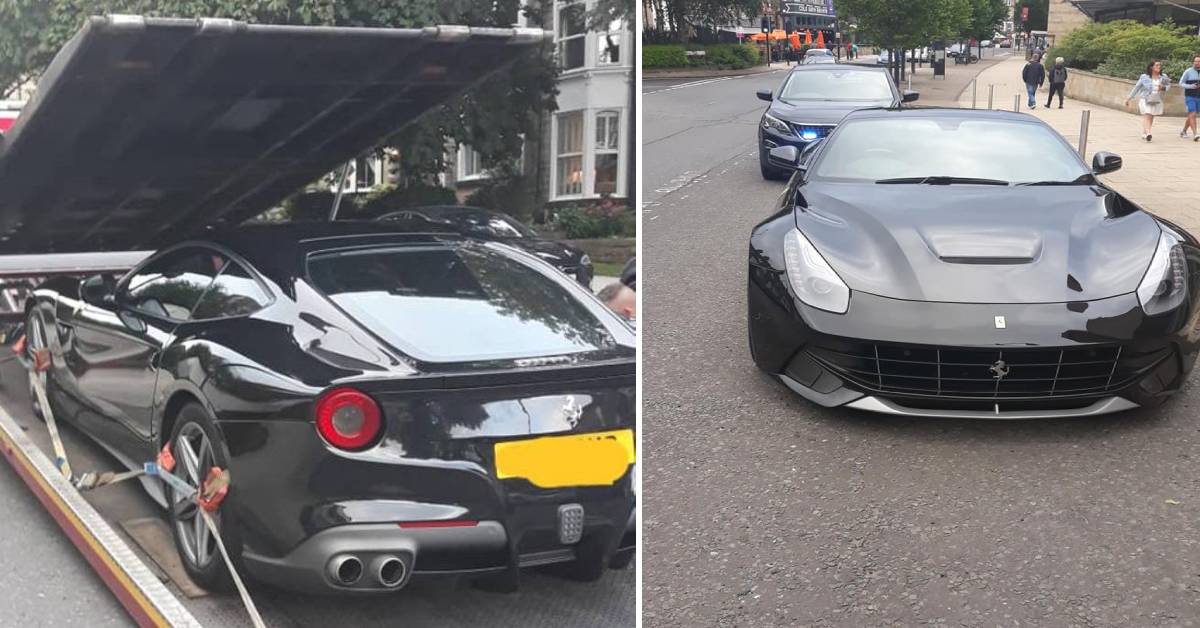 The Ferrari gets taken away.

Police ordered a Ferrari sports car to be towed away outside Harrogate Convention Centre over the weekend as part of a supercar crackdown.

Operation Chrome, which North Yorkshire Police launched this summer, targets speeding, illegally modified vehicles and vehicles that shouldn’t be on the road.

The Ferrari driver was reported on suspicion of driving without insurance and failing to display a front number plate.

Operation Chrome launched this summer with a police pledge to keep up on “the irresponsible behaviour of some drivers which is not only unsafe but also highly disruptive”.

“Residents and visitors should not have to fear for their safety or have their days blighted by this excessive noise.