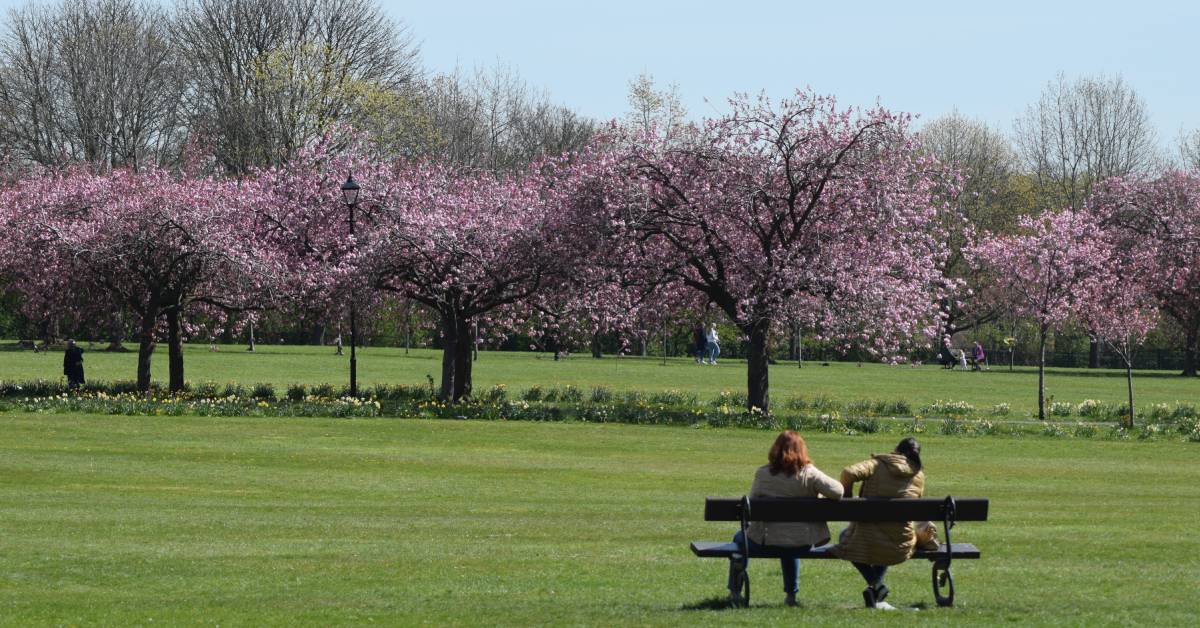 Enjoying the cherry blossom trees on the Stray earlier this year.

Harrogate is back in the top three happiest places to live in Great Britain, according to a survey of tens of thousands of residents now in its tenth year.

Property website Rightmove is behind the poll, which measured factors such as community spirit, nature and the opportunity to develop skills locally.

This year’s poll of more than 21,000 people gave the Northumberland market town of Hexham the top spot, Richmond upon Thames in Greater London second place and Harrogate third.

While Harrogate previously topped the “happy at home index” in 2015, the spa town dropped to ninth place in the survey last year.

“Harrogate property prices across both lettings and sales markets soaring due to unprecedented demand fuelled by lockdowns and the Chancellor’s Stamp Duty holiday.

“The town boasts a thriving high street with many international retail brands, a booming hospitality industry and excellent state and private schools.

“Furthermore, at its heart is the famous Stray owned by the Duchy of Lancaster, a much enjoyed haven, particularly over the past 18 months.

“As such is it no surprise that this attractive spa town is one of the country’s happiest places to live.”

Where are the happiest place to live in Britain?