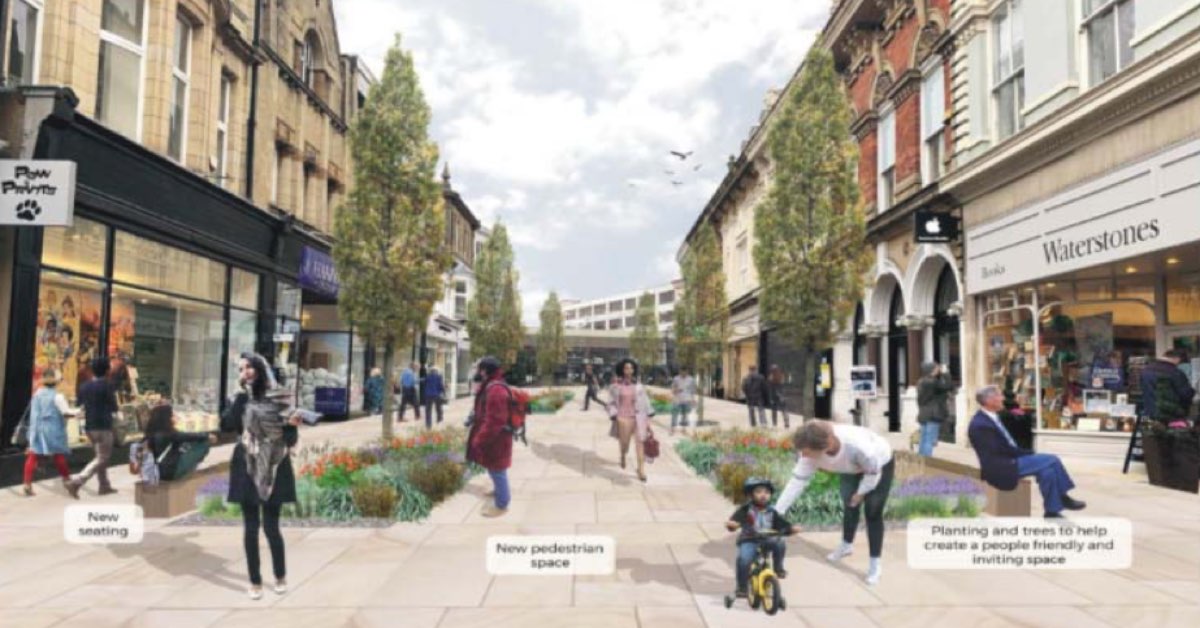 A proposal to pedestrianise James Street in Harrogate, which was consulted on as part of the Station Gateway plans.

Three Harrogate business organisations have set up a survey on the upcoming £10.9 million Station Gateway project in an effort to gather more views on the scheme.

Harrogate BID, Harrogate District Chamber of Commerce and Independent Harrogate sent the survey out to around 800 of their members.

The aim is to gather opinions ahead of the second consultation of the gateway project, which is currently at design stage, in order to inform a response.

The scheme, which is being led by North Yorkshire County Council, Harrogate Borough Council and West Yorkshire Combined Authority, is designed to cut congestion in the town.

It could also see part of James Street pedestrianised in an effort to encourage more walking and cycling.

But, David Simister, chief executive of the chamber of commerce, told the Stray Ferret that more people needed to be consulted on the project.

“We are coming into the second round of consultation and we are trying to gauge the reaction of businesses.

“That is why we are doing it.”

Mr Simister pointed out that 1,100 people took part in the first round of consultation, but added that more needed to “feel a part” of the process.

He said that the chamber was also looking at holding an in-person Q&A session between businesses and the county council at a later date.

Following the outcome of the next round of consultation, further detailed design plans are expected in September ahead of a final business case being complete.

A final proposal for the project is anticipated to go before the county council’s executive in December.

As the Stray Ferret previously reported, the county council has anticipated that work could start on the £10.9 million project in February next year.

It follows the recent publication of a 160-page document analysing responses to the first round of consultation to the scheme, which is a joint initiative between Harrogate Borough Council, North Yorkshire County Council and the West Yorkshire Combined Authority.

Of the 934 who replied to a question about pedestrianising the northern section of James Street, between Princes Street and Station Parade, 54 per cent said they were either positive or very positive about it while 38 per cent were negative or very negative towards it.

[email protected]'s George Thompson talks about why his conscience could no longer allow him to eat meat due to its impact on the environment and on animals. https://buff.ly/35bKYTb