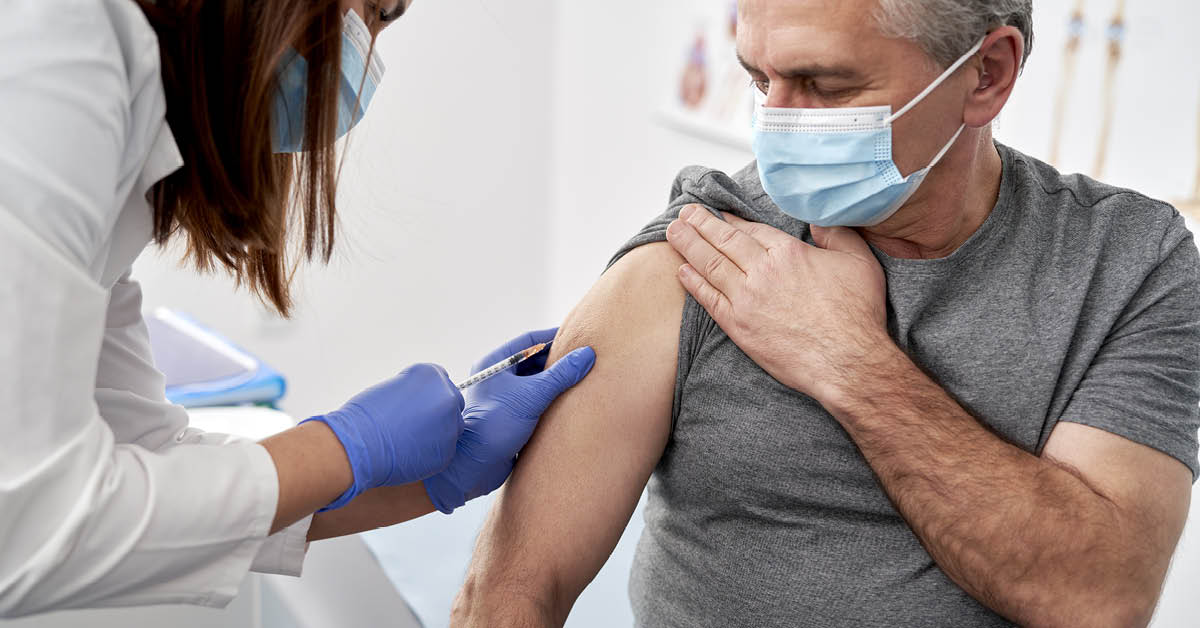 Several clinics due to vaccinate people against flu in the Harrogate district have been cancelled or postponed.

One of the biggest providers of flu vaccines to the UK, Seqirus, confirmed delays in supplying the vaccines of up to two weeks due to “road freight delays” and “unexpected logistical challenges including transportation difficulties”.

Patients have been advised they do not need to contact their surgeries, as their GP practice will be in touch with those affected.

The Stray Ferret has learned of the following changes. Other local surgeries may be affected. 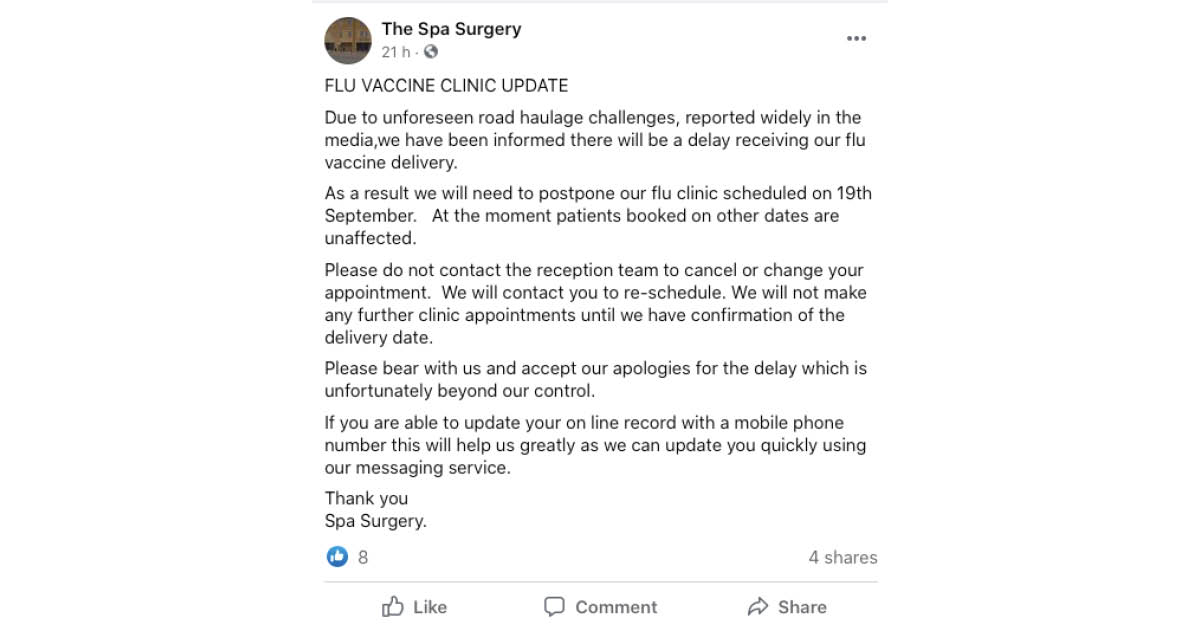 The Spa Surgery took to Facebook to explain why vaccinations were delayed.

The delay comes just days after routine blood tests were rearranged due to supply issues with blood test tubes.

Dr Gary Howsam, vice chair of the Royal College of GPs, which is the professional membership body for GPs in the UK, said:

“This is news we really didn’t want to hear. With over 36 million people eligible for the flu vaccine on the NHS this year, GPs need the supply chain to run like clockwork.

“Practices plan meticulously each year to deliver the flu vaccination programme on a mass scale and it is essential that as many people as possible in at-risk groups get their vaccination as early into the flu season as possible.

“A delay of even a couple of weeks is going to have a big impact on practices and their patients, especially when GPs are already dealing with the fallout caused by the shortage of blood test bottles and the anxiety this is causing.”

“Vaccine supplies are now beginning to flow out across England and Wales this week and some practices and pharmacies will be able to begin their vaccination campaigns. We are working through various logistical issues and do not expect delays to extend beyond one to two weeks.”

Has your flu vaccination been postponed? Email us at [email protected]