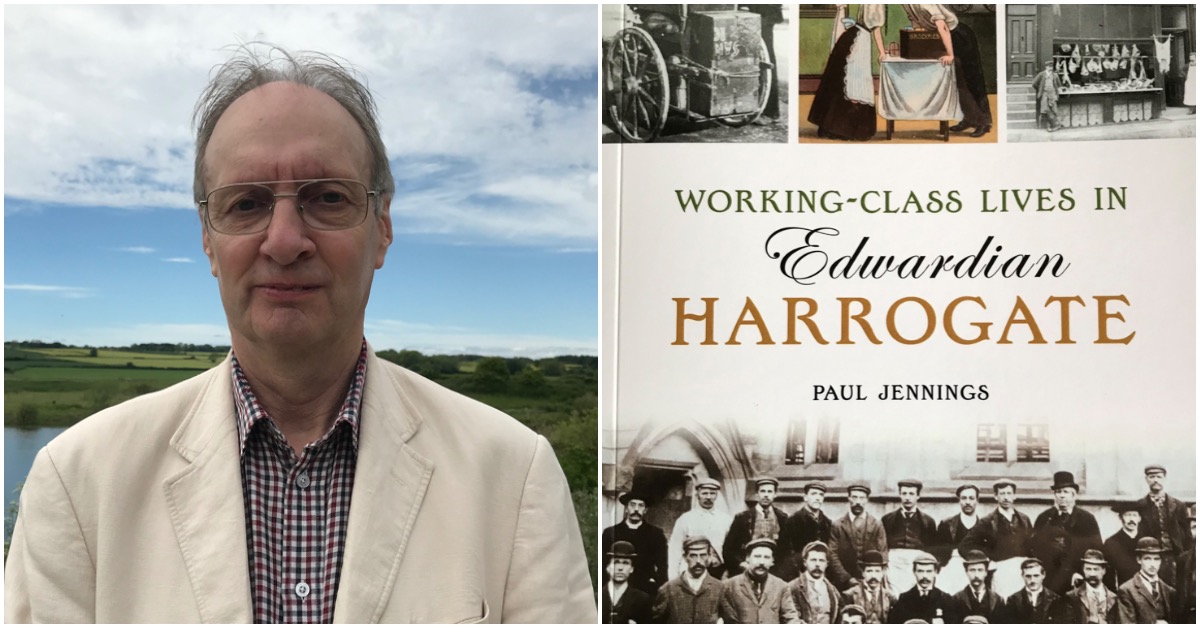 A Harrogate historian has written a book about the lives of working-class people during the Edwardian period in Harrogate.

This will be the fifth book by Dr Paul Jennings, who has lived in Harrogate for 25 years.

He said Harrogate’s rich and lavish past is often documented but the lives and names of people who helped to build the town are lost to history.

Around 3,000 women worked as servants in Harrogate during the Edwardian period, 1901-1914, which was a lot more than other sectors.

The book also looks at education for poorer people, local amusements and some of the rich families they worked for.

Anyone interested in local history may know the name Samson Fox, he was mayor of Harrogate three times between 1890 and 1892 an also brought Harrogate with its first steam fire engine, built the Grove Road School, funded the Royal Hall and provided affordable social housing.

Another local life examined in the book is Richard Ellis who funded the Queen Victoria statues which still stands across from the train station.

“I was more interested in the names people don’t often remember. I spent a lot of time in Northallerton’s record office as well as local libraries. Some schools were also kind enough to let me go through their historical records.

“It was seriously enjoyable doing it.”

The idea for the book came around seven years ago.

Dr Jennings became inspired when he started researching the Edwardian period, 1901 to 1914. It was the period Harrogate really boomed, well-known buildings such as the Harrogate Theatre, the Majestic Hotel and the Royal Baths were being built around this time.

Dr Jennings is a retired history lecturer from the University of Bradford and also a member of the Harrogate Civic Society.

He said he has no current plans to write another book on Harrogate but has plenty of work lined up with the civic society.

The book is also in conjunction with an upcoming exhibition at the Pump Room Museum, which has a provisional opening date of December 2.