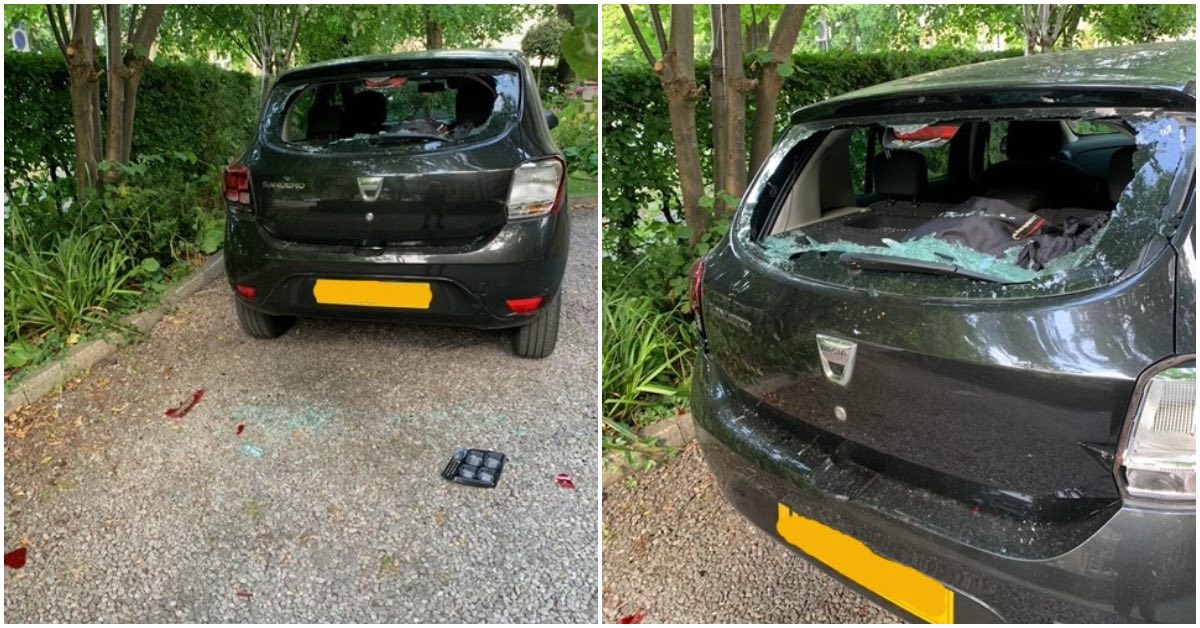 The state of the car after the attack

The owner of a contract cleaning company in Harrogate has accused the police of being incompetent after a man smashed up his staff’s car.

David Whan, who did not want to say the name of his company for fear of being targeted, said a man, who appeared to be drunk, accused two staff members of hitting him with their car when they parked outside the office they were due to clean off Victoria Avenue on the evening of July 19.

The staff members denied hitting him and went into the empty office to clean it.

Mr Whan said the man then returned with an axe and a hammer and tried to break into the office to attack them.

The two cleaners, seeing him return, ran downstairs and locked the front door. When the man couldn’t get into the office, he started to attack their car.

The man smashed the car windows, lights and doors of the vehicle, causing thousands of pounds of damage. The cleaners called the police and the man ran off when they arrived.

“Had that man hit anyone, he could certainly have killed them, such was the damage to the car and the force he used.”

Mr Whan said the two staff members gave the police a detailed description of the man and the officer said he thought he knew who it might be, even mentioning his first name.

However, they were later told that there was “insufficient evidence” and there was nothing more they could do.

“I call this complete incompetence. I call it lazy policing. Why haven’t they checked for any CCTV? They had a very accurate description yet made no effort to follow it up.

“This means there is someone wandering around who’s done criminal damage and could have killed someone yet they’re doing nothing. How does that make my staff feel?

“I have staff working late at night and in empty offices who ought to feel safe. I can’t accept this, I am really cross.”

Mr Whan has written to his MP, Andrew Jones, to the Police, Fire and Crime Commissioner and to the chief constable, to get some answers.

In a statement, North Yorkshire Police said officers had checked for CCTV:

“Around 5.45pm on 19 July, officers were called to reports of a man being threatened by another man outside an address on South Park Road in Harrogate.

“Officers attended and took a description of the offender but following a search of the local area, no offender was located. CCTV enquiries were made and found no CCTV covering the location of the offence.

“With very limited further investigative opportunities, the incident was closed.

“When a crime is reported our officers will follow all available lines of enquiry to locate an offender or offenders, as well as providing safeguarding and support to victims.

“Unfortunately, if there are no further investigative opportunities then we cannot take any further action.”