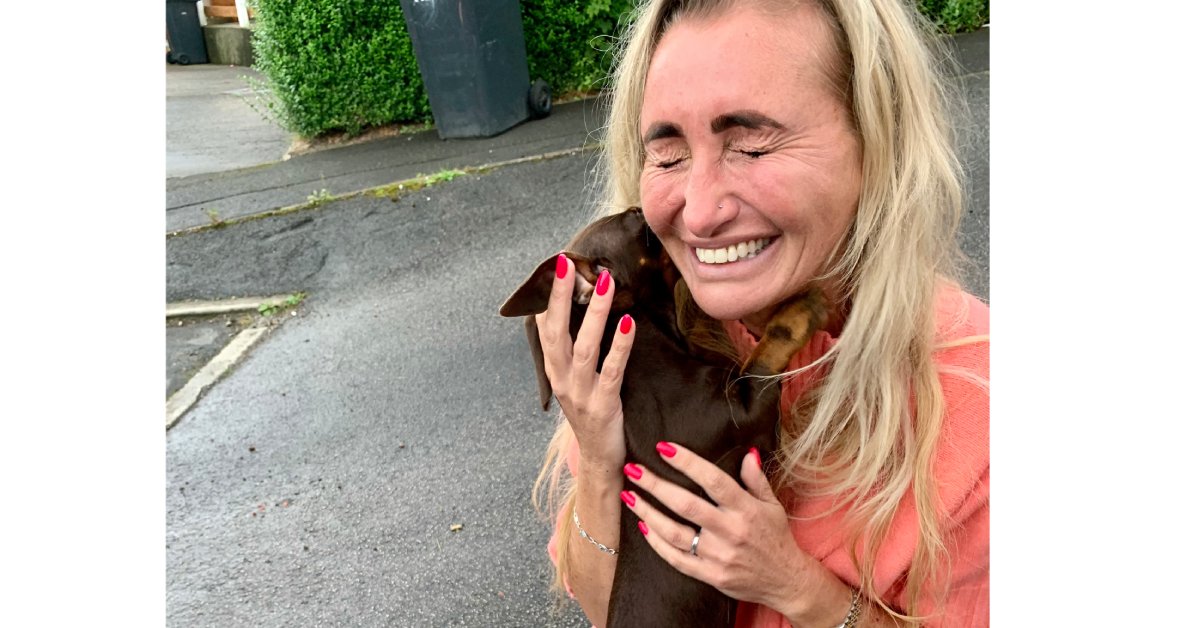 The picture taken by Paul of the moment his wife Laurie was reunited with Maggie.

The owners of Maggie, the miniature dachshund who was taken from her home in Harrogate, said she’s well and fully recovered from her ordeal.

Maggie went missing from Laurie and Paul Smith’s home on Swan Road on Monday morning.  A neighbour’s CCTV had captured images of a woman the Smiths believed snatched her from the front garden.

The couple began a frantic hunt for their missing pet and posted the CCTV images on social media. A huge response led the couple to a house on Oakdale Avenue, half a mile from their home, where they believed Maggie was. The Smiths called the police who recovered their dog.

Paul told the Stray Ferret that Maggie is now safe but shaken by her ordeal:

“We are elated and enormously relieved. Number one we found her; number two she isn’t harmed. Last night Maggie was a bit disturbed – she wouldn’t sleep in her travel cage which is where she normally likes to sleep.

“This morning though she seems fine.”

The hunt for Maggie went viral with thousands of engagements on social media. Paul said he has had reservations about social media but on this occasion it was a fantastic tool:

“A lot of my opinions about social media have all been negative but this was one of ringing endorsement.

The community of Harrogate came together and even further afield across the UK. We’d like to thank everyone involved.”

The Smiths are now looking into how they can use GPS technology to keep Maggie safe and say their attitudes towards her have changed. They won’t let her trot about and give her as much freedom, they said.

Officers are speaking to a woman as they work to establish the full circumstances of the incident.

Anyone with information is asked to email [email protected], or call Crimestoppers anonymously on 0800 555111 quoting reference number 12220135089 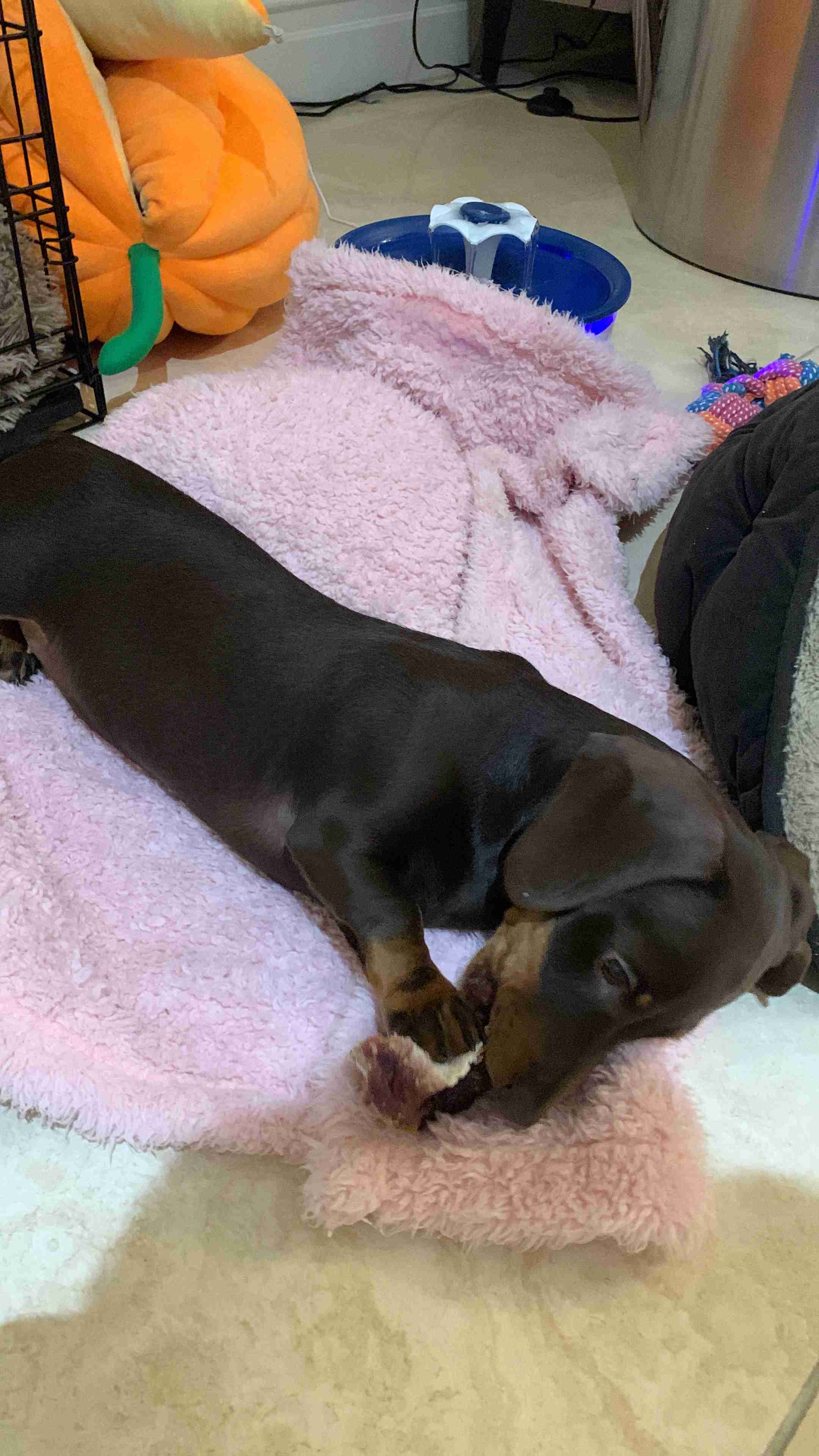 Maggie resting on her pink blanket at home last night