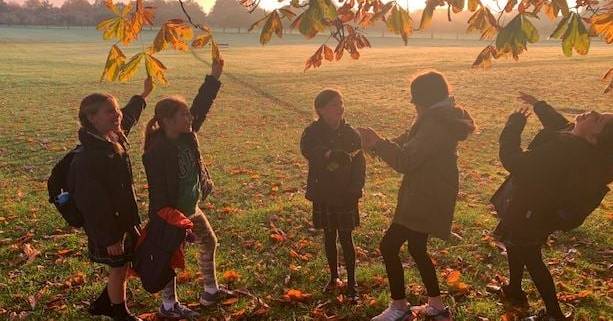 Pupils at Highfield Prep School in Harrogate have been competing for ‘eco-points’ by walking, cycling, and scooting to school as part of an initiative to improve the environment.

The school, which caters for children aged 4-11, organised the Move to School initiative this term to encourage children and their families not to travel to school by car.

The class with the most eco-points at the end of the term will win an eco-trophy.

Lizzie Fee, social media manager at Highfield, which is part of Harrogate Ladies College, said the scheme is about improving the children’s awareness of how their actions affect the world around them.

“This is a great way to encourage the children to become aware of their impact on their environment, and that everyone can make a difference no matter how small. It all helps!”

For families who travel by car from further afield, the school has encouraged parents to shorten their journeys and walk the remainder of the way.

“We are very proud of the children’s commitment and enthusiasm to eco-initiatives and green activities and we will be promoting six Move to School weeks every term.”

There is a national project gaining momentum called School Streets, which bans vehicles from outside school gates during pick-up and drop-off times.

The project aims to make streets near schools safer places for children, increase opportunities for them to walk or cycle and reduce their exposure to toxic air pollution.

School Streets was pioneered in the London borough of Hackney in 2017 and has since expanded across the country, including Yorkshire primary schools in Halifax, York, Leeds and Sheffield.

North Yorkshire County Council has not said it will introduce School Streets but its Open Harrogate project – which encourages active travel – said on Twitter the possibility was being explored.